I really hoped my son might get a trophy this year – his second season playing for the club. Coach’s player was a possibility, especially as he’d been man of the match more than anyone else on the team. Players’ player was perhaps slightly less likely as kids do tend to vote for their friends (although my son doesn’t, he actually thinks very carefully about who deserves it).

On one of those very hot, sunny afternoons we’ve had so many of lately, we listened to the coaches for all of the younger teams describing the highs and lows of their season and giving out their trophies. Finally, it was time for the oldest team at the club – my son’s team.

But of course it doesn’t have to be like that. It can go to a player who started off well and got even better.

Oh yes, my son does beat himself up a bit sometimes.

And then it was obvious – the team’s top scorer.

He was also fourth highest scorer in the whole league – and the top scorer in the league in the previous season. He had grown in confidence in front of goal…

My son was the most improved player. It didn’t matter that he was already good, his coaches had still seen an improvement. You can still improve on being the top scorer in the league.

I was very proud of my son.

And then the other day, several days after school had ended, he suddenly shouted me.

‘This’ was a small trophy from school, engraved with his name, for services to sport in years 7 to 9. Less than 10 kids in his year group had got one. And my son had been thinking lately that the teachers hadn’t really noticed how well he was doing in sport. Maybe he’d got that wrong. Added to his players’ player awards from school, that was three awards for sport in as many weeks.

It’s always nice when others acknowledge my son’s sporting success. It’s not just me being a mum with rose-tinted glasses, thinking that he’s better than he is.

My boy is amazing. 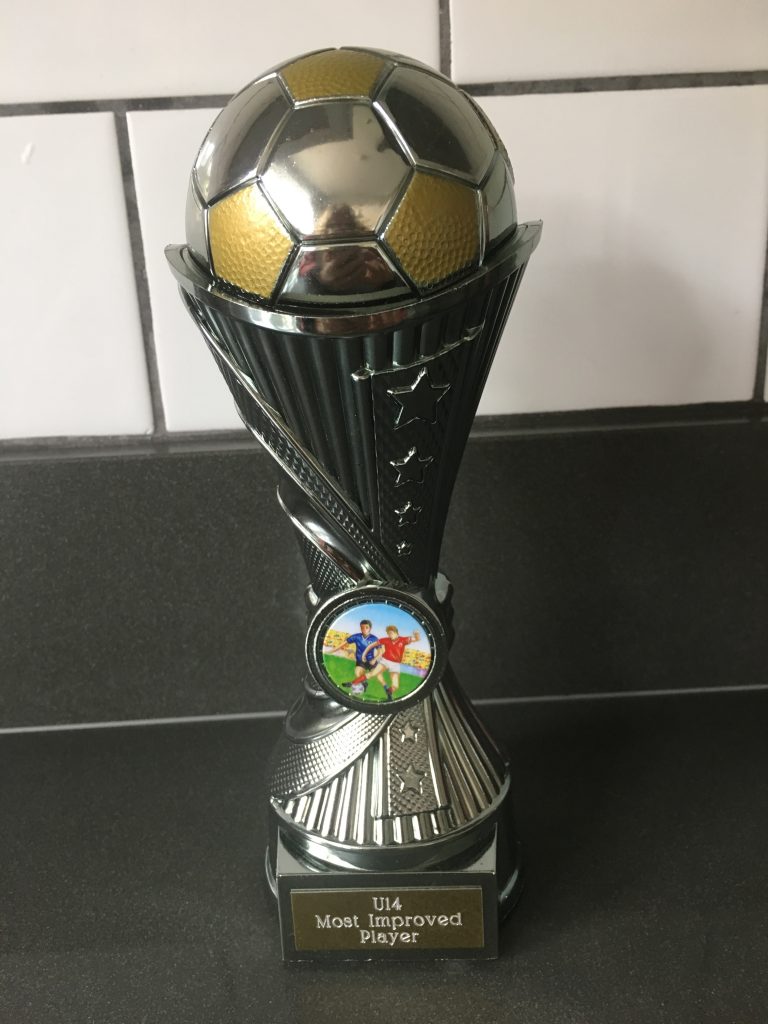