I don’t remember year 10 being a particularly big step up for my eldest (probably because he never did much work, whatever year he was in), but it took my younger son by surprise. Suddenly, with the start of GCSEs, things got serious. And it all started with art…

When he got in the car after his first art lesson, carrying a large sketch book, he was buzzing.

‘Art is going to be really full-on… ‘

Anyone who has done art GCSE themselves or supported a teenager through it, will know this to be true. When we looked at all of the subjects that were available, art seemed the only possibility for my son’s final GCSE option. Doing art is not a decision to be taken lightly.

But he sounded excited about it being full-on and was looking forward to the big piece of homework he had five days to complete. ‘All’ he needed to do was fill a double-page spread with a piece in any media – painting, drawing, collage or probably a mixture of them all – about himself. He was bursting with ideas. He was also slightly intimidated by the amazing work he’d seen from last year’s year 10s.

After taking it fairly slowly for the first day or two, art suddenly took over completely. It didn’t just consume him, it consumed the whole family. We helped him find the right photos and the right bits of memorabilia, from plans of our house to tickets to his first ever football match. And my son slowly started to assemble his masterpiece. When I say slowly, I’m not exaggerating.

I realised that my son works very carefully indeed. Perhaps too carefully. For the first couple of days, he seemed happy, but then he lost a bit of his spark as the art dragged on and on.

In the meantime, the other subjects didn’t go away, so he was having to juggle his other homework. The one thing he did give up for a few days, which I was very impressed about, was his gaming and social media. I didn’t see him with his Switch in his hand for nearly a week, which is unheard of.

Before the art even had to be handed in, there was an art trip, which wiped out a whole day of school. In the past, my son wouldn’t have bothered about missing geography and biology, but for the first time ever, he was bothered. He got the notes of his missed lessons from his friends and copied them up, all while still working on his masterpiece.

He was starting to get stressed and it was taking its toll. That buzz about art was gone.

But he got full marks in a biology test based on the work he’d initially missed. Everyone else who’d been on the art trip only got one or two questions right.

And after five long and stressful days, the art was finished! It was pretty good, but I felt (and the teacher did too) that he’d spent too much time on some elements and not enough time on others.

It was a baptism of fire into life in year 10 and GCSEs. He hasn’t had such a big piece of art or such a tight deadline since. And after his initial triumph in biology, he has continued to excel in it.

It wasn’t an easy start to the year, but it was a good reminder that things do get a lot more serious in year 10! 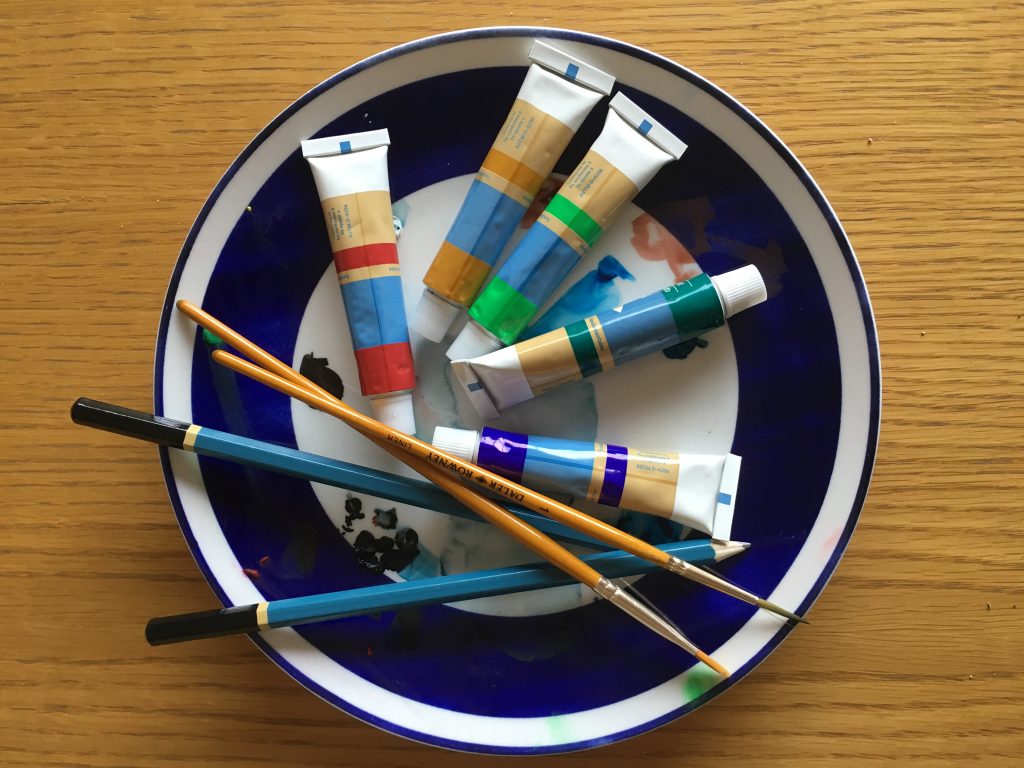