The football team: The end of the line

Home » Family » The football team: The end of the line

My son’s football team is no more. It’s been on the cards for some time now, but it’s still sad that it’s all over.

My son joined the team when he was just 7. Very quickly, my husband began to help out with the coaching. As the team moved into under 8s, my husband took over as coach and manager.

And he’s remained in that position ever since.

The team started playing league football at under 9s, so my husband has been in charge for four whole league seasons.

It’s not been the most stable of teams. Only one player has been there longer than my son (and he only played about half of the matches this season). A lot of players have come and gone in that time. The coaching team which was once four had dwindled down to two on a good day, but mainly just one this season – my husband. My eldest stepped up to fill the gap and helped out with setting up the nets and linesman duties towards the end of the season.

While other teams have crowds of supporters, ours just had a few. A hardcore of parents never, ever watched their sons play football. Why? Why wouldn’t you watch them play?

And players kept failing to turn up. Rugby was a big problem – tournaments that ran into the afternoon would wipe out half of the team. Kids went on holiday, of course. Kids were ill, of course. It happens.

But families were prioritising pretty much everything over football – weekends away, days out, sleepovers… It’s OK for one player to do it, but when four of them are doing it every single week, the team becomes unsustainable. In the final weeks of the season, players were just failing to turn up without letting us know.

Managing the team was becoming an increasingly thankless task. No support from parents. No commitment from players.

What had once been fun was becoming a chore.

After five seasons in charge, my husband had understandably had enough.

So he offered the opportunity to anyone else who would like to manage the team. The manager doesn’t even have to be the coach. It is largely an administrative role, albeit a tiring and thankless one. It could have been done by a mum just as easily as a dad.

The role is a voluntary one and involves liaising with parents, referees, the league and the managers of other teams. There are occasional club meetings to attend, plus player registration, collecting subs and online reporting of results and statistics to the FA website. It’s quite a commitment.

The response to the email, as predicted, was deafening silence. Nobody cared enough about their son’s football to take on some responsibility.

What made me particularly sad was that nobody even emailed back to thank my husband for his hard work and commitment to the team, and to their sons, for five whole years.

So the team is no more.

I’m pleased to say they won their final game 4-2, with my son scoring the first goal. It was disappointing that his incredible bicycle kick goal on the final whistle was disallowed, as it really was the best goal ever. What a finish to the season and the team that would have been. But a win was good enough.

So the kids will all go their separate ways. They will go to different teams and some will give up football altogether. My son has already made arrangements to play at a local team with one of his school friends. They’re very happy to have a player who has scored 26 goals this season, the fifth highest scorer in the league. Most importantly for us, we know the team has a nice coach. When you’ve spent the last four years watching kids’  league football, you come to realise not every team has a nice coach. To us, that’s way more important than league position.

So it’s the end of an era. I feel a bit sad about it and slightly angry that other parents didn’t care enough to keep it going. I am proud of my husband for his commitment and of my son for the way his football skills have developed over the years. 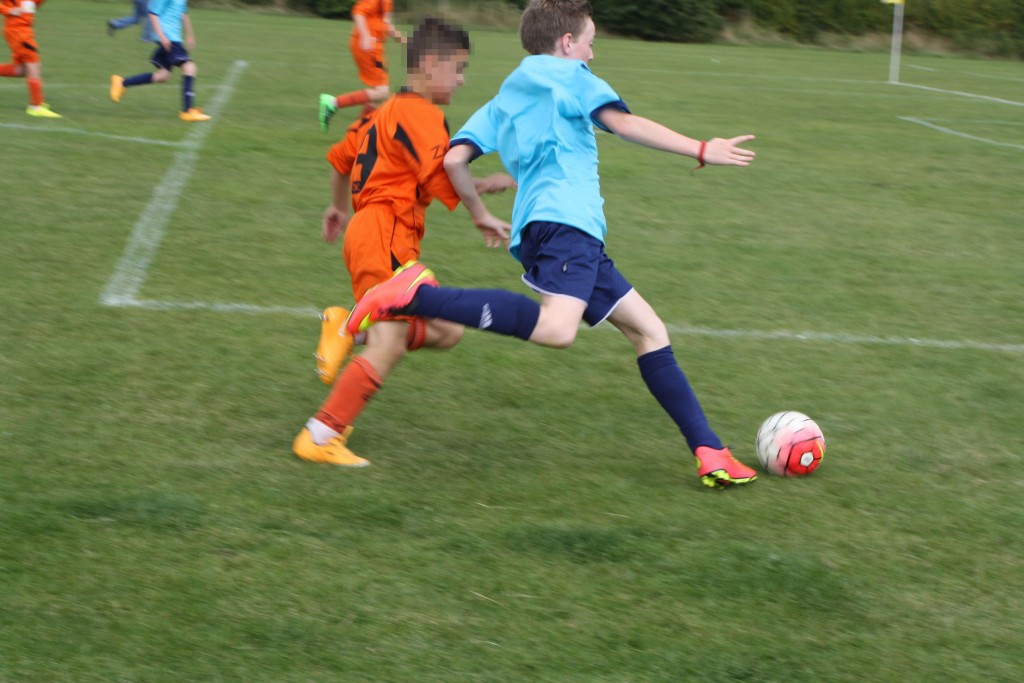