Pigeon in the headlights

Home » Family » Pigeon in the headlights

***Warning – this story is a bit gross, but it is also very funny. I just had to record it here for posterity.

My son didn’t want to do much for his birthday, he doesn’t like a fuss. But he knew he wanted to start the day with an early morning trip to the coffee shop with his dad, like he does every Saturday.

About 10 minutes after they’d set off, they were back. And my son looked a bit pale.

I wasn’t sure how hitting a pigeon would force them to drive back home, but they’d hit the pigeon in truly dramatic style.

Two pigeons had flown at the car, and one had hit it with a loud thud, which shocked my son. There were feathers flying everywhere and my son was covering his face. But it all seemed fine, and they drove on.

As they got nearer to the coffee shop, they noticed a man staring at the car, which they thought was a bit weird.

Then they noticed the smoke.

So they pulled in to have a look at what was going on. And it turned out they hadn’t just hit the pigeon.

The pigeon had smashed the headlight and was wedged inside it. The smoke was from the pigeon’s head slowly burning on the light.

No wonder the man had been staring. They’d been driving along with a pigeon hanging out of the front of the car.

So they drove home with my husband worrying about how on earth he was going to remove a dead pigeon from his headlight. My husband isn’t very good with stuff like that and he’d actually concluded he would have to get my dad to do it (my dad is always fine with dealing with things like that).

Luckily for my husband (and my dad), the pigeon fell out of the headlight on the drive home. So my husband was just left with a smashed headlight to replace and a very funny, if rather gross, story to tell.

My son’s 15th birthday might not have been the most exciting, but he will always remember it as the birthday where the pigeon smashed a headlight. 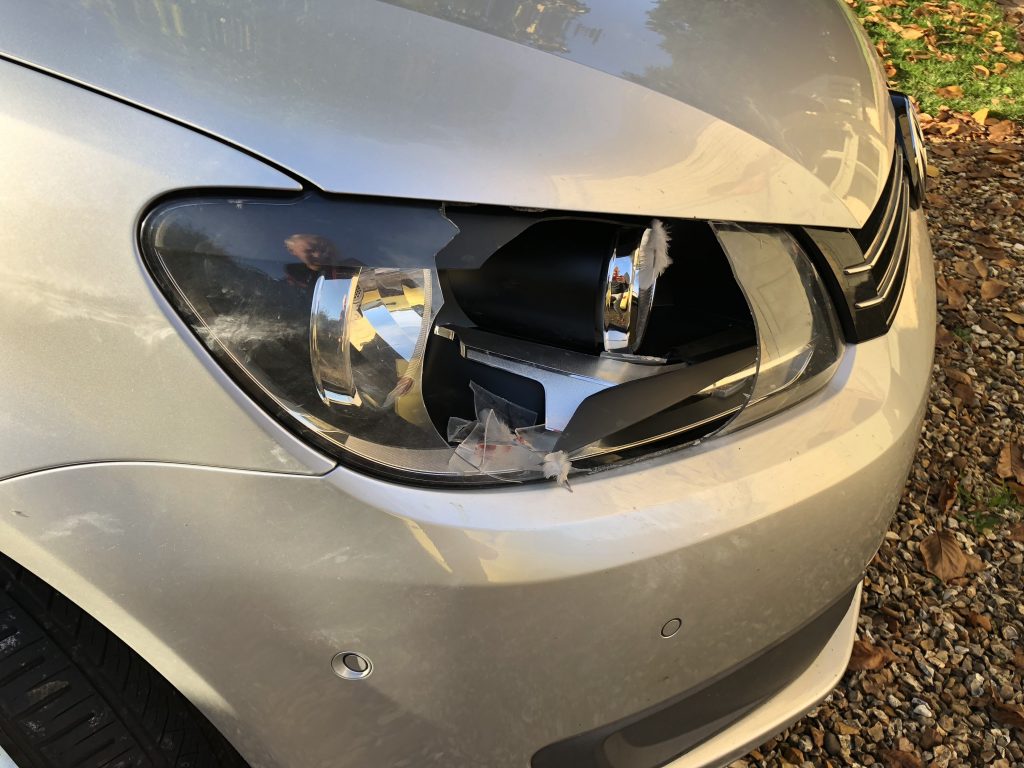