My younger son turned 15 the other day. I was excited. I get excited about all birthdays in our house. But the birthday boy? Not so much.

‘What do you want for your birthday?’

After racking my brain in desperation…

Because my son really isn’t bothered about his birthday.

I don’t get it. My other two kids always know what they want for their birthdays and they’re pretty easy to buy surprises for too. But my son is quite happy with what he’s got. He neither wants nor needs anything else.

He’s got his phone, his Switch, his iPad and his headphones. He likes playing football and rugby. He doesn’t need anything else. His genuine view is that he doesn’t need presents.

My husband offered to get him some new headphones (in desperation at not knowing what else to get), but he just said that he didn’t need any. Which is a quality I really admire. Why replace things that don’t need replacing? But it doesn’t help us with choosing presents. Nor his aunties and uncles and grandparents who want to know what to buy him.

‘Just give him money!’ I hear you cry, ‘All teenagers like money!’

Yes they do. Apart from this one. He is the least materialistic person I know.

Luckily, because he’s not really bothered whether he has a birthday or presents or not, he doesn’t really mind that he gets mainly clothes. As long as they’re understated ones in navy or grey with a small logo (preferably Jack Wills).

If he doesn’t know what presents he wants, surely he knows what he’d like to do on his birthday?

‘What do you want to do on your birthday?’

‘Do you want to take your best friend to X?’

‘Do you want to invite the family round for tea?’

He didn’t know what cake he wanted either.

He’s not being awkward, he’s just genuinely not bothered and doesn’t want a fuss. But that doesn’t help when I like to make birthdays special.

He was actually very pleased with his presents – a razor, an alarm clock that projects the time onto the wall and tells him the temperature outside (he doesn’t actually like the alarm element of the clock, of course) and a range of clothing in shades of navy with very small logos.

We ended up going out for lunch at a new coffee shop, having my family round for birthday cake and going to Five Guys for dinner. It wasn’t very exciting, but we made an effort and he was perfectly happy with that. 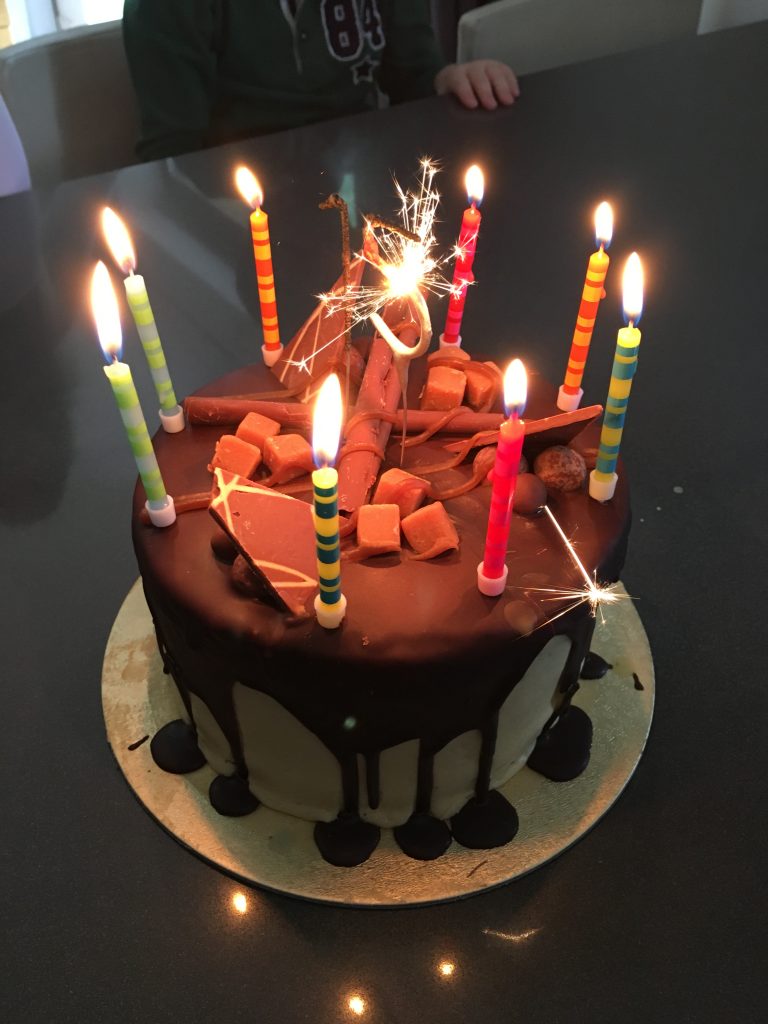 And the great thing about having an awkward boy with an October birthday who doesn’t know what he wants… You have to try and find him some Christmas presents only a few weeks later.