I don’t write about it often, but I have IBS. I’ve got it under reasonable control through my diet (I was eating clean long before it was a thing), but it is with me pretty much every second of every day. Most of the time, I can resist having too much ‘bad’ food because I know what the consequences will be, but sometimes I just want to eat what everyone else is eating. And no more so than when I’m on holiday.

When I’m at home, I wouldn’t dream of eating a pasty, but there’s something magical about pasties in Cornwall. A few years ago, my family graduated from pasties every other day for lunch to pasties every day for lunch while on holiday. And I was powerless to resist. For a vegetarian, there’s so much more than the humble cheese and onion pasty these days. There’s lots of delicious spicy versions, like spiced chickpea and curried parsnip. Believe me, they taste a lot nicer than they sound.

Two years ago, the sheer deliciousness of those pasties in Padstow meant I was completely unable to run while I was on holiday. It was a huge price to pay.

Last year, I told myself I wouldn’t be drawn into that trap. While my family munched on tasty pasties, I would eat peanut butter sandwiches on gluten free bread. (Have you tried gluten free bread? It’s so DRY!) But I would have a pasty every other day. At the end of the holidays, I caved in and had pasties on two consecutive days. I managed to run OK on holiday, but the car journey home was VERY uncomfortable and fuelled by a lot of Rennies.

This year, I would go one better. I would manage to run and I wouldn’t feel ill in the car going home. I would only eat two pasties the whole time I was in Padstow! But I’ll admit, I genuinely worried about how I would manage it. Would I have enough willpower? They really did look and smell delicious and I knew I would cave at the sight of them.

But I didn’t! I ate one pasty on the Tuesday and one on the Wednesday. I managed five runs while I was away, varying in length from three to seven miles. And I didn’t even feel ill in the car on the way home! However delicious the pasties are, I know IBS is too big a price to pay.

And I still managed to eat plenty of pizza, veggie burgers and chips, amongst the healthier foods. It felt good to have actually got my holiday eating just right. 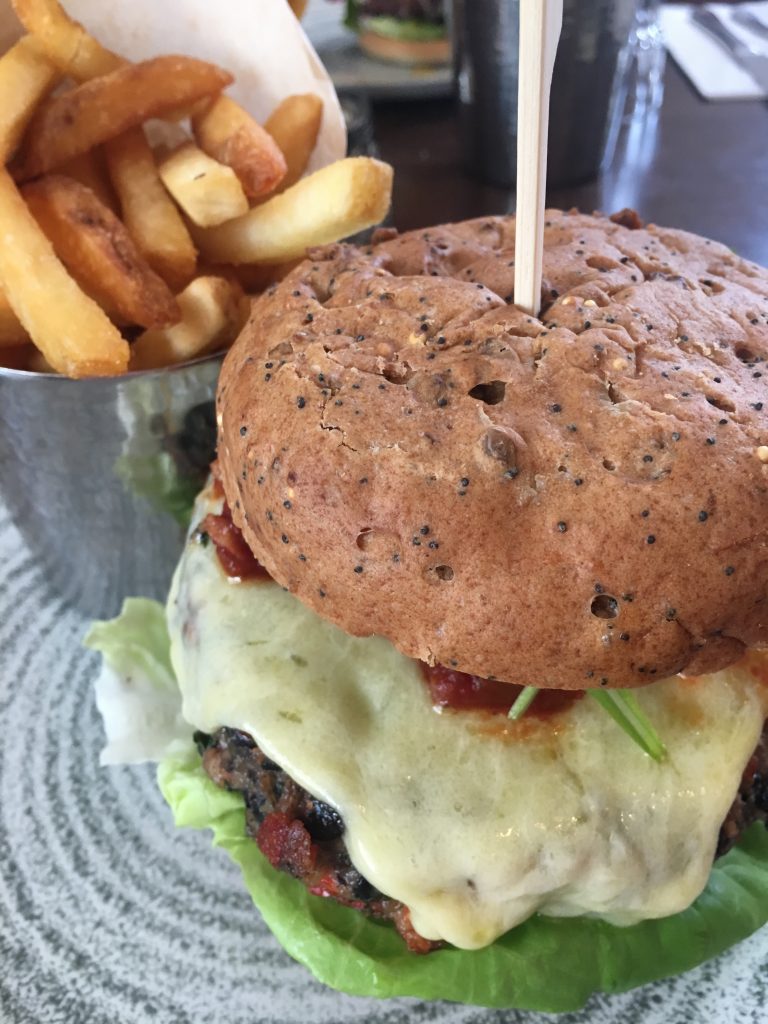