Ever since my husband and I first went to Padstow in the 90s, the one thing we’ve always done is cycle the Camel Trail. In those pre-kids days, we cycled to Bodmin and once even made it to the end of the trail and back. Then got back to our holiday house and promptly fell asleep for two hours. That has NEVER happened to me before or since. Sleep is not one of my strong points.

Once we had kids, we only ever managed to ride to Wadebridge and back (about five and a half miles each way). It took hours, with loads of stopping and starting for snacks, drinks, nappy changes, falling off bikes etc etc etc. To put it into perspective, my dad used to walk it as quickly as we used to cycle it.

Fast forward a few years and what used to take the best part of a day was taking little more than an hour. My husband said there was no point in doing it any more. He even, shock horror, suggested not taking bikes on holiday. But my daughter was adamant we take her bike. Then my husband managed to load up the car at 5.45am for a 6am departure to Padstow with the wrong bikes.

Three years ago, we walked the South West Coast Path for the first time and I loved it. The views are stunning – beaches, crashing waves, blue skies, not to mention a lighthouse and a lifeboat station. I also loved the actual exercise, it wasn’t easy walking, but it was exhilarating. It became one of my favourite things to do in Cornwall.

As ever, our holiday to Padstow went by too quickly. I was desperate to do the Coast Path, my daughter was desperate to do the Camel Trail. I suspect part of that is down to our traditional stop in Wadebridge for a pasty and a cake, but she enjoys cycling and had been out on her bike most mornings with either my husband, myself or both of us when we ran.

The Coast Path is a logistical nightmare, which involves my husband cycling 10 or 15 miles up hilly Cornish roads to collect the car, after he’s done a 12 or 13 mile walk. Could we do a different route? Could we get a taxi back? But nobody could come up with any solutions. 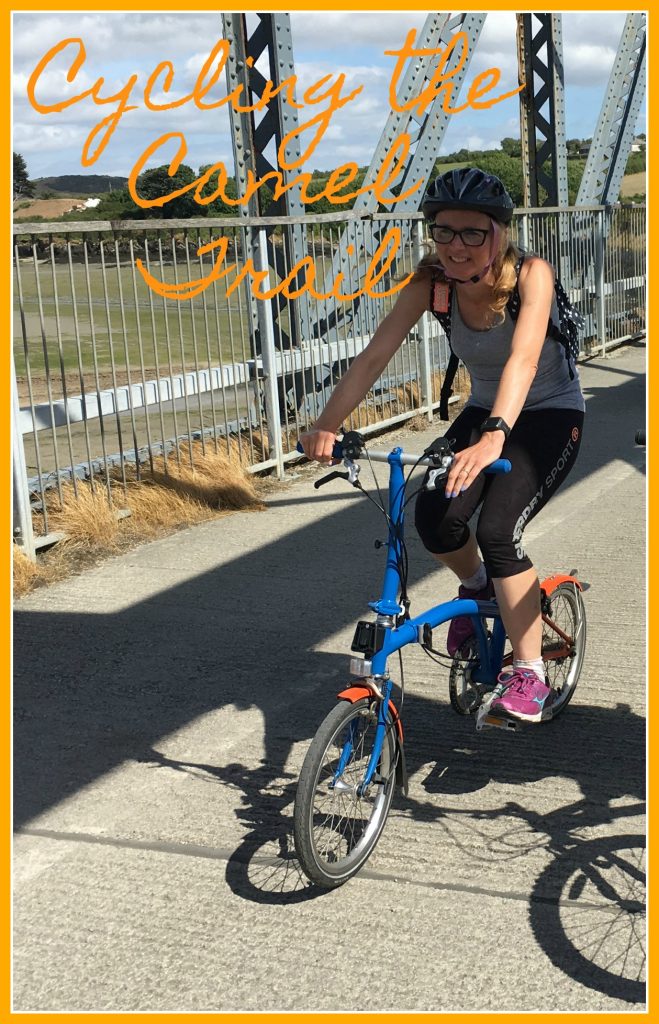 It seemed the only solution was to abandon the South West Coast Path and do the Camel Trail instead. But this year we were going to go all the way to Bodmin. I did wonder how my daughter would manage it. To be honest, I wondered how I would manage it too. I’m fit from the running, but I’m not a cyclist at all. The only time I cycle is on holiday and I’m pretty slow. And I would be riding a Brompton – perfect for zipping round London, not so good for an uneven Cornish cycle trail.

We needed to hire two bikes. My younger son wouldn’t touch the Brompton with a barge pole, so my husband and I rode the Bromptons, my eldest rode my husband’s old mountain bike and the younger kids had hired bikes. With teenagers in the mix, we’d left the house pretty late and one of the hire places only had a handful of bikes left.

The Camel Trail was VERY crowded. It’s extremely popular and is always full of little children wobbling all over the place, while their parents yell at them to keep left. Then there’s the parents who keep stopping for the snacks, the drinks and the nappies, just like we used to.

But we made it through the crowds, although my hands were already feeling sore after two and a half miles. At our Wadebridge pasty stop, my legs were already wobbling. And we were only a quarter of the way through our epic ride!

I loved riding out of Wadebridge and on to the next stretch of the Camel Trail. It was much shadier than the stretch between Padstow and Wadebridge and a lot less crowded. The boys and my husband sped off, as they do, and I rode at a leisurely pace with my daughter, chatting non-stop about school and her friends.

The Camel Trail is a disused railway line and many of the old platforms are still in evidence on the route to Bodmin, with signs to indicate what the stations were called. There is even a steam railway just before Bodmin and I had very vivid memories of sitting on the platform with my husband, parents and sister in 1999. My daughter and I were lucky enough to see a train come in. Why are steam trains so magical? 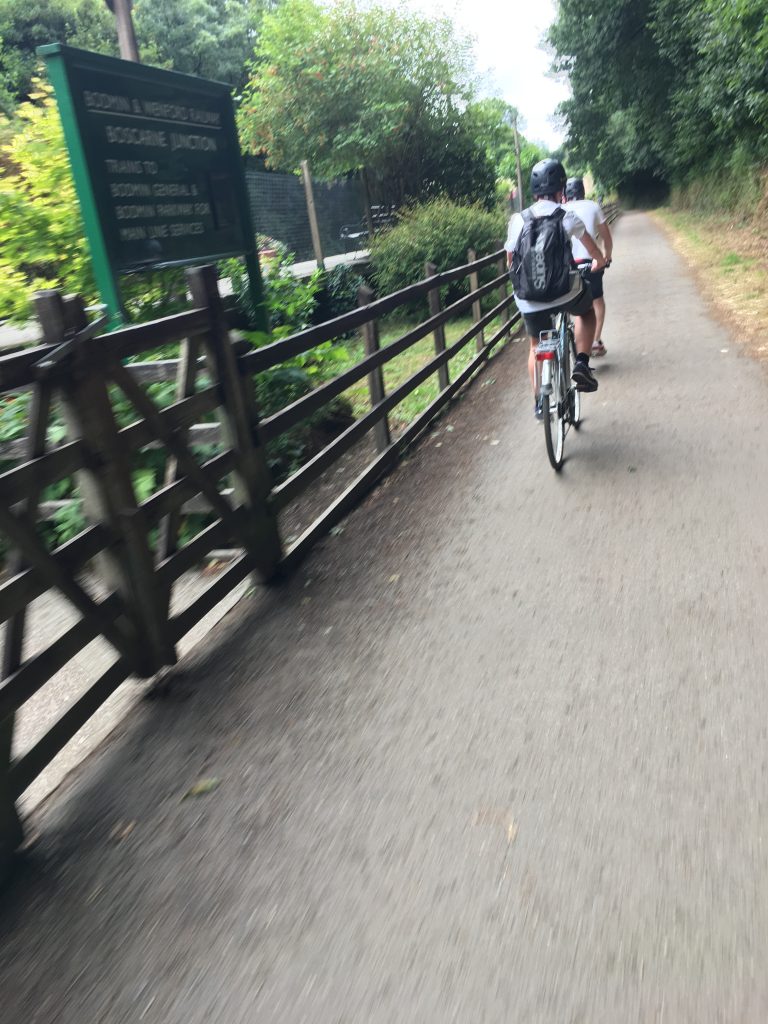 The only downside of this part of the Camel Trail is that the surface is very uneven. My daughter found it bad enough on a sturdy hybrid bike, she should have tried it on a Brompton! Every single bump went right through me.

The menfolk were waiting for us at The Borough Arms, a Bodmin pub conveniently located on the Camel Trail. We had a well-deserved drink before turning round.

Somehow we managed to go faster on the return journey and made it back to Padstow in good time to return the hire bikes.

We’d cycled around 22 or 23 miles. Not a lot by most people’s standards, but it was the furthest the kids had ever cycled, and the furthest I’d cycled since 1997, when we made it all the way to the end of the trail and back. And I didn’t even fall asleep when I got back to the house.