January. It’s a time of diets and lifestyle changes. Good habits that may last a lifetime or may fizzle out within a week. Cutting out sugar and alcohol, exercising more, eating clean…

I started suffering from IBS after my eldest was born. I put up with it for a few years, but, by the time my daughter was a few months old, I literally couldn’t bear it any more. I’m a vegetarian and have always eaten a lot of fruit and vegetables, but I was also drinking a lot of Diet Coke and eating a lot of cake and chocolate. I’d gone back to work when my daughter was six months old, so I was juggling a baby and breastfeeding with work, two small boys and a lack of sleep. It’s no wonder I was turning to quick fixes. But my poor stomach couldn’t take it.

So I went to an alternative therapist – a kinesiologist.

She told me I had to cut out wheat, dairy, sugar, chocolate and sunflower oil (to name but a few).

The difference I felt, both physically and mentally, was incredible. But I was HUNGRY. So hungry! I’m a woman with a big appetite and a fast metabolism and, however big the pile of rice and steamed vegetables, it wasn’t enough to stop me being hungry.

I was very strict with myself for a couple of years, although I quickly let cheese back into my life (have you ever tasted vegan cheese?!) and gradually introduced dark chocolate, which eventually became a lifelong addiction to Green & Blacks. After a couple of years, I would have the odd cake and I would feel brave enough to eat wheat pasta or pizza in a restaurant, but never at home. I wouldn’t eat bread at all and my sandwiches were made of rice cakes for about seven years.

I wouldn’t touch crisps or chips with a bargepole. Of everything which had caused me discomfort, it was the sunflower oil which was the worst.

As recently as a year ago, I would pretty much make my own meal, whatever the rest of my family was eating. I would eat wheat-free pasta with vegetables cooked in Dolmio (yeah, I know that’s not exactly clean eating) or stir-fried vegetables and rice noodles.

One day I went to McDonalds and I had  some chips. They didn’t kill me. They didn’t even give me stomach ache.

One day I was out for the day, I was hungry (and I’m really not nice to know when I’m hungry!) and the only snack option was some crisps. So I braved them.  They didn’t kill me. They didn’t even give me stomach ache.

I started eating bread with my family at weekends.

Eating rice cakes is like some form of purgatory. I found I couldn’t stomach another one ever again. So I gave them up.

I now eat crisps a couple of times a week and chips about once a fortnight. To me, there are few foods which taste nicer than Walkers cheese and onion crisps.

And I feel happier.

I hadn’t realised how much I’d been cutting myself off by making my own separate meals all the time. And there was less cleaning and tidying to do!

My IBS will never go away completely. Clean eating got it under control, but easing up on the clean eating gave me a little bit of my life back. 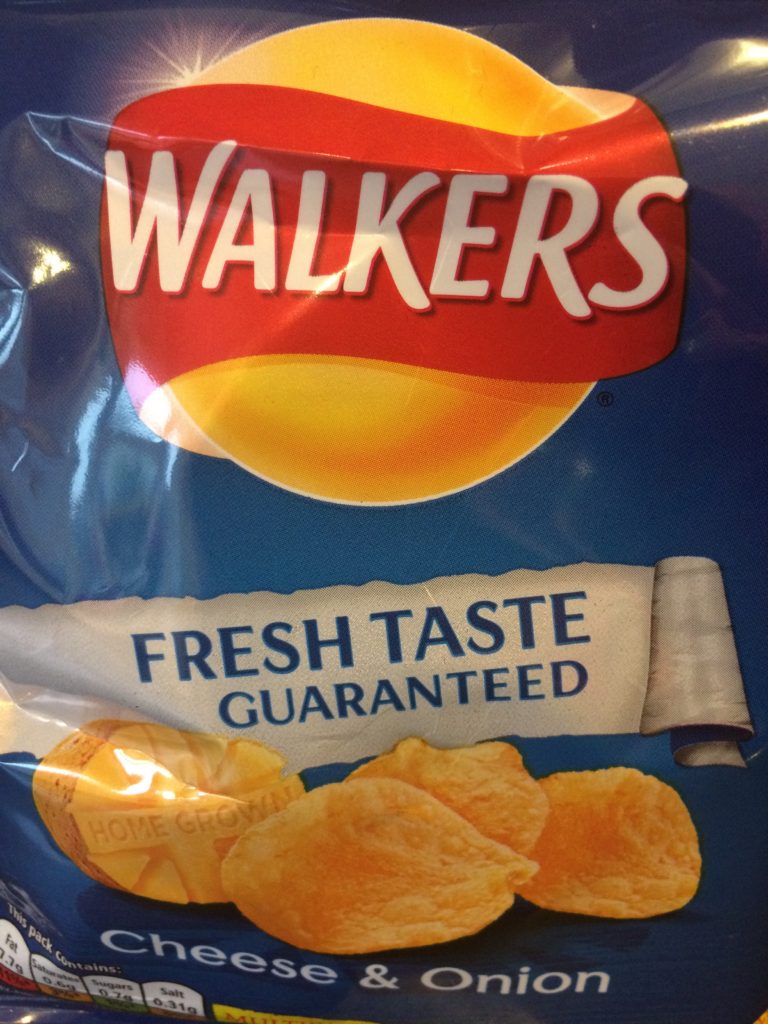