The Marriage Pact by Michelle Redmond

The Marriage Pact was recommended to me on Twitter. It was actually recommended to me on the very morning I was travelling to Copenhagen. I’d spotted Let Me Lie (a book I was desperate to read) in W H Smith in the airport and, when I went to get it, it was on a buy one get one half price offer, so I snapped up The Marriage Pact too. This did mean I then have FIVE books to carry on holiday with me!

The Marriage Pact is Michelle Redmond’s seventh novel, but her first thriller. I haven’t read any of her previous books.

When newlyweds, Jake and Alice, are offered a mysterious wedding gift by a new acquaintance – membership of an exclusive club whose members never divorce – they jump at the chance. But, once they’ve signed the contract, they realise that staying on the right side of The Pact is hard. They unwittingly break the rules, The Pact always knows when they have done something wrong and the punishments are increasingly harsh.

This book, narrated entirely by Jake, is dark. You really feel the threat hanging over Jake and Alice right from the start. They soon realise that they have made a serious mistake by joining The Pact, but can they leave? And is everything Jake’s old friend JoAnne tells him about The Pact true, is she lying or is she suffering from delusions?

The first chapter of the book is set a few months into their marriage, and Jake has clearly been hurt. The story then skips back to the wedding and The Pact. I skipped back to read that first chapter when I was about halfway through to see if I could work out how it fit into the story, then it was repeated not long afterwards, where it fitted in perfectly.

This is a scary and thought-provoking book. I enjoyed it, and I think most fans of psychological thrillers would enjoy it, but it wasn’t one of my must-reads of the year. 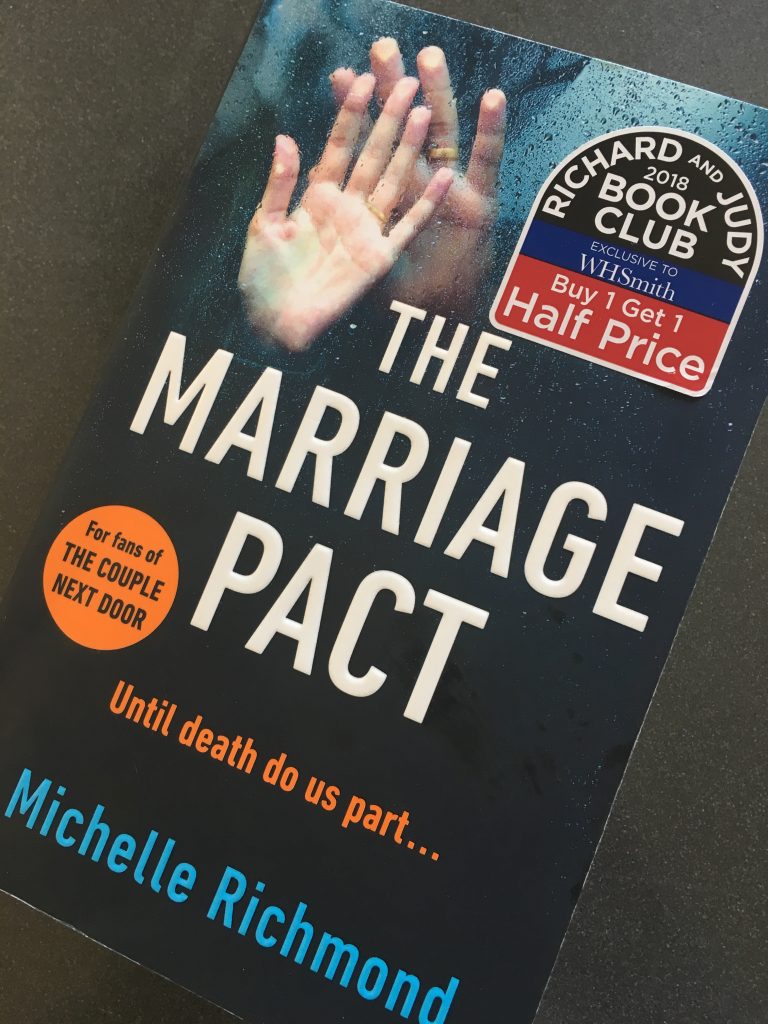