My daughter, fainting and the poor diet

Home » Family » My daughter, fainting and the poor diet

When my daughter fainted the other week, we were reminded once more of how poor her diet is.

My daughter has a small appetite. Her meals are a fraction of the size of everyone else’s. Sometimes she has to get up during a meal and go back to it later because she’s full. I’ve always believed her small appetite is genuine because she’s a healthy weight and she’s active.

In addition to not eating much, she eats far too much sweet food and not enough fruit, vegetables or protein. We make her food she doesn’t like a couple of times a week, as you’re supposed to do with fussy kids. And she simply refuses to eat it. It’s an uphill battle and has been for her whole life.

When she went to the doctor after fainting, I was surprised that the doctor actually seemed quite fixated on my daughter’s weight, which concerned me. She is slim, but there are plenty of girls her age who are slimmer than her. She is the height of a small adult, but the weight of an 11 year old girl. She hasn’t properly gone through puberty and started filling out yet.

The doctor asked what my daughter had eaten that day, and it was bad . But she was ill, so she wasn’t going to eat as much as usual or the ‘right’ foods, but it was a wake-up call that we need to sort her diet out. The doctor said she should only eat crisps once or twice a week and the Coco Pop Bars she sometimes likes to eat for breakfast are far too high in sugar.

We’re not going to change her fussiness overnight or suddenly make her eat larger quantities. But we can make small changes. If she mixes Coco Pops with Rice Krispies for breakfast, she’s almost halving the sugar. The Coco Pop Bars are gone from breakfast. If she wants something else after her cereals, she can have a Belvita biscuit, which is much lower in sugar than the Coco Pop Bars.

She takes crisps to school every day for a snack, so we’re changing the snacks. She doesn’t have much time after school to eat a banana (the only fruit she will eat) because she’s always in a rush. So taking one to school would kill two birds with one stone.

I’ve been thinking a lot about the ‘100 calorie snacks’ that are on the latest Change4Life adverts. A 100 calorie snack makes good sense for kids, but unfortunately a lot of things around the 100 calorie mark are highly processed and full of sugar, fat or salt. A piece of wholemeal bread would make a 100 calorie snack, as would a banana. They are low in sugar and slow release energy.

It took my daughter fainting to give us the wake-up call we need to sort out her diet, although it won’t be easy. I’m aware that teenage fattiness could be just around the corner, so we need to sort out the childhood fussiness as much as we can before then.

Does anyone have any suggestions of healthy snacks or meals for a very fussy girl? We can’t hide vegetables in anything, believe us, we’ve tried! 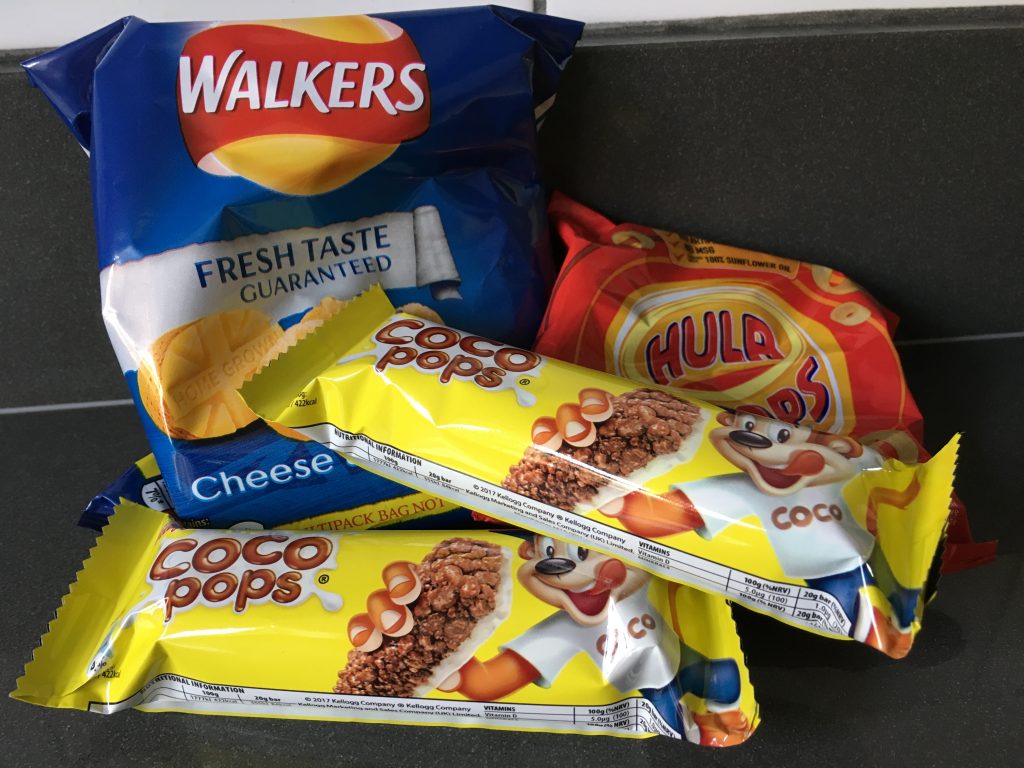