I hadn’t intended to buy my son a new winter coat in February. But he’s had a growth spurt recently and, although still very slim, is 5’ 9” with wide shoulders. His XS men’s Superdry coat he’d had since Year 7 was now too tight and the sleeves were too short. I was going to make him see the winter out in it, but then I remembered…

He was going to Germany in February, a place not renowned for its warm temperatures. And if his coat wasn’t big enough, we all know that there’s no way a teenage boy would wear it. So we had no choice but to get him a new coat.

My son has taken a ribbing from his friends for wearing so much Superdry. Every day, he has a Superdry jumper on and, when he takes it off, he’s wearing a Superdry Tshirt underneath. So for his birthday and Christmas he got some Levi’s and Jack Wills stuff. So a Superdry coat was out of the question.

My husband came up with the radical idea of going to Topman, somewhere we’d never shopped before.

A few minutes later, my son came out with a new coat. It was big and warm and looked very nice. My son was happy with his coat and my husband’s pockets were £80 lighter.

When my son got home from Germany, he informed us that the zip had broken on his coat. He’d managed to salvage the broken bit and could still zip it up, but it wasn’t ideal. His brand new coat needed to go back. Especially after he lost the broken bit and, in the worst of the very cold weather, he was totally unable to zip up his coat.

So, with snow still on the ground, my husband and son returned to Topman. The deputy manager asked what had happened to the coat.

‘I got it caught on the seat of the bus and it broke.’

He hadn’t told us this before and this is when he learned that honesty is not always the best policy. It was game over.

The deputy manager said he couldn’t change the coat, so did the manager. A sales assistant helpfully pointed out that it was 30% off now, so if he wanted to buy a new coat it would be cheaper.

BUY A NEW COAT? We’d had the old one less than four weeks. It cost £80 and it was broken. It was clearly substandard goods.

The sad reality is that if my son had told us how the zip had broken, we would have advised him to lie (something we never do) and we would no doubt have got a replacement. But now we’re in a situation where my son was honest, we’re £80 down and my son has a coat that doesn’t keep him warm.

I rang customer services and they wouldn’t budge.

It’s a ‘fashion brand’, it’s not designed to be hardwearing.

What is he supposed to do in a ‘fashion brand’ – sit on a sofa looking beautiful and not breathe too hard for fear of damaging his coat?

Try as I might, they would not accept that they were at fault for the zip breaking on an £80 two week old coat while a 14 year old boy was travelling on a bus. A good quality product would not break so easily, but it was like talking to a brick wall. I spoke to two different people, but the response was the same.

I then took to Twitter. I just lit the blue touch paper and stepped back. And I had a lot of support – from people I know and people I don’t. People retweeting, commenting and sharing. I am so grateful for all the support.

And not a single one of them said my son was at fault. They all agreed it was absolutely Topman’s fault for providing a poor quality product and that they should have replaced or refunded it.

It still hasn’t been resolved, but I’m not giving up. I will never accept that it’s fine for the zip on an £80 two week old coat to break, and I’m going to make sure that Topman knows it. 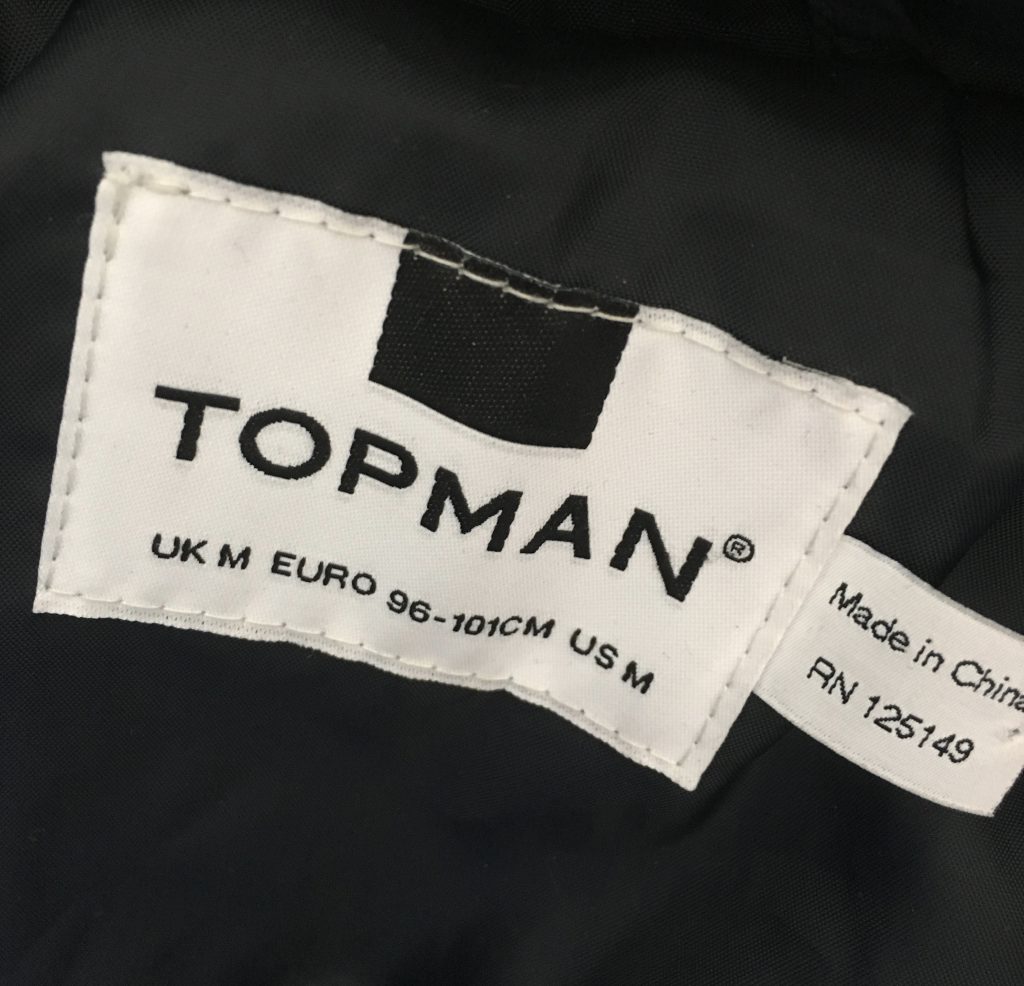