Half-term and the joke that wasn’t a joke

Last year, we only had one holiday. You probably think that’s normal, but we usually have two. We never go away for more than a week at a time and we rarely go abroad, but we do like our holidays. My husband works ridiculously hard every day of the week and holidays are the only time we can really relax as a family. We were starting to regret our decision not to go away last October, so my husband suggested we go away in February half-term.

And I told him we couldn’t. Because my daughter is always ill.

My husband and the boys thought I was joking, but I wasn’t. Three years ago, she was so ill in February half-term that she ended up on crutches for several weeks after a virus attacked her toe. Two years ago, she was only ill for two days with dizziness. Last year, she ‘cheated’ a bit by being ill just before half-term, but it was still February and she was very ill for a week and ended up on both steroids and antibiotics.

So you can see why I was reluctant to go on holiday in February.

While counting down to half-term, the boys kept telling me how many weeks and days it was going to be until their sister was ill.

We made it through Monday.

Late on Tuesday morning, my daughter walked towards me and blacked out, then burst into tears. She said she hadn’t been feeling quite right all morning. He head felt a bit woozy, she felt a bit sick (although didn’t think she was going to be sick, and actually wasn’t – result!) and her limbs felt weak.

I gave her some Calpol and she rested and I hoped maybe it was just a blip. 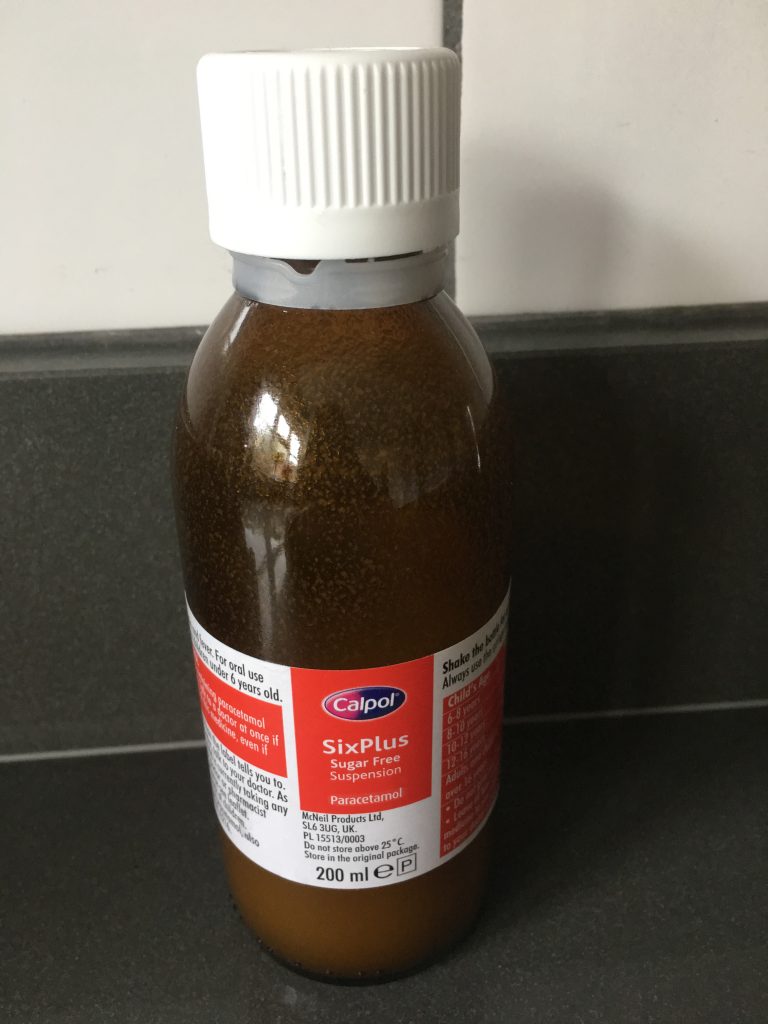 Late in the afternoon, she went to the toilet and was in there AGES, but assured me she was OK. Then a panicked cry, which I assumed meant she’d been sick or had diarrhoea, but no, she’d fainted.

I found her stood up in the toilet, her face pure panic. She had no idea what was going on, she kept asking the same strange question over and over again, but wasn’t hearing my answers. I tried to lift her up, I tried to lower her down, but I couldn’t do a thing with her. Eventually, I managed to pick her up and carry her to the settee, but she still didn’t know what was going on.

Eventually, things started to clear for her, and she realised she was at home, on the settee.

Her face was terrible shade of pale yellow and she was sweating. She said her ears were ringing. She had no recollection of speaking to me, or of me speaking to her. She didn’t know what had happened, other than things had started to go black, so she’d held onto the sink, then she’d called for me. She said it felt like a dream.

It was a scary episode for both of us, so I rang the doctor and was pleased they agreed to see her almost immediately.

She said she felt ‘fine’ after fainting and even insisted on walking up the stairs at the doctor’s.

The doctor checked her over very thoroughly. Her blood pressure was very low and she had a slight temperature. She nearly fainted another three times while she was there and the doctor showed her how to put her head between her legs until the feeling passed.

The conclusion was she had a virus, which had made her already low blood pressure even lower ,and caused her to faint.

She still wasn’t herself the following day, but she didn’t faint again, and she felt well by Thursday. So, as February half-term illnesses go, it was a pretty tame one.

I wasn’t joking about February half-term, and I was proved right yet again.

But I would have been very happy to be proved wrong.