On the morning after my daughter’s first pantomime performance, a blogging friend asked if she stole the show. She was just being polite and making conversation of course, but I realised, that, YES, she actually DID steal the show!

The script included a small comedy part as a security guard for one of the smallest members of the chorus. My daughter and the other small girl auditioned for it and it was decided they should share the role. They could do it on alternate performances, and they could always do it if they had friends or family in to watch.

On opening night, the other girl had lots of family in, my daughter just had my husband and I. It was agreed that the other girl would do it. But then she get cold feet. She was nervous about doing it on the first night and also slightly disappointed about the bit of ballroom dancing she would miss out on while she was playing the security guard.

So she decided to let my daughter do it.

And nobody was happier than me.

Dandini called for ‘palace security’ and this little person marched on, dressed like a bouncer in a nightclub.

When I’d read the script, I knew it would be funny. But I didn’t expect it to get the reaction it got. People were laughing, clapping and cheering before she’d even spoken.

When Cinderella’s evil stepmother stared into my daughter’s eyes to insult her, she added the word ‘scene stealing’ to her line.

As we walked to the car park after the panto, I told my daughter how funny she’d been and how much everyone enjoyed her performance.

‘Oh yes, I was just saying that. You were very good,’ said a complete stranger.

Now that is something to be proud of. A complete stranger had been talking about my daughter and had taken the time to praise her.

She really had stolen the show and I couldn’t be prouder.

We’re going to watch the panto three more times. I want all of my family to see my little security guard, but I would like to see her do the extra bit of ballroom dancing too and wear a couple of prettier costumes that the security guard misses out on. But if I don’t see that, I will still be very happy. Because my daughter stole the show! 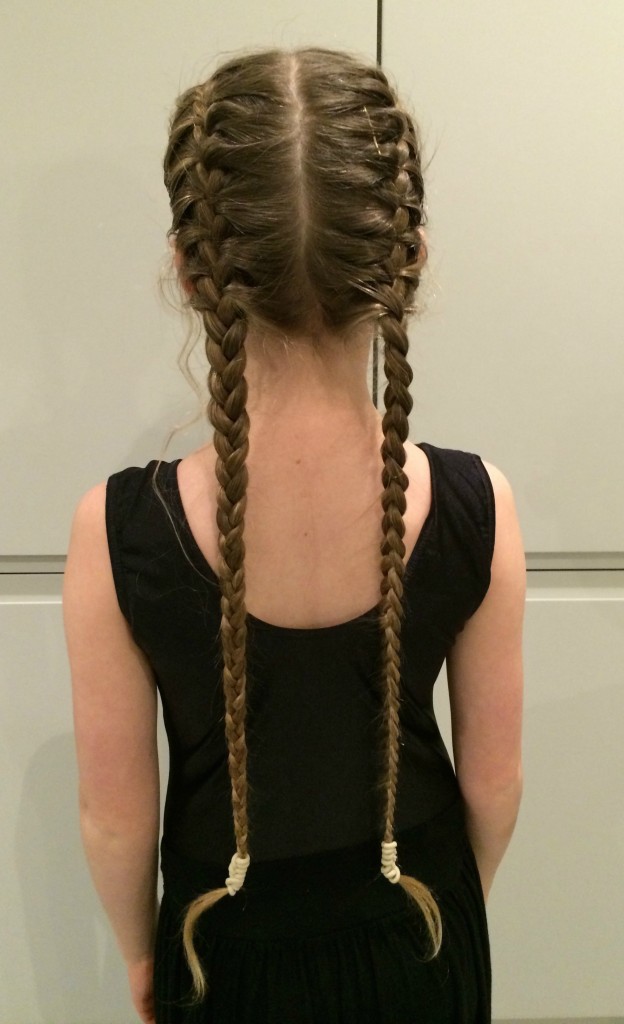 If you’re feeling Loud ‘n’ Proud of any achievements, big or small, this week, please add them to the linky and don’t forget to comment on this post and some of the others! Next week, Loud ‘n’ Proud will be hosted by Mama Owl.