Good Me Bad Me by Ali Land

Home » Book Reviews » Good Me Bad Me by Ali Land

Good Me Bad Me is the debut novel by former children’s mental health nurse, Ali Land. I’d never heard of either Good Me Bad Me or Ali Land before, but at the last minute my friend with the very good taste in books invited me along to Cheltenham Literature Festival. We heard both Ali Land and another new crime author, Joseph Knox, talk about their work. They had both published their debut novels in January of this year, so needless to say, I had to buy both books (I’ll be reviewing Sirens by Joseph Knox next).

Good Me Bad Me is the story of Milly, the 15 year old daughter of a serial killer. It is based on the kinds of children Ali Land came across through her many years of working as a mental health nurse, although she says she didn’t work with the child of a serial killer.

Following her mother’s ninth child murder, Milly decides it can’t carry on any longer and reports her to the police. The police are amazed that she has managed to kill so many without arousing suspicion, but Milly’s mother is very good at hiding in plain sight and gaining the trust of parents and children alike.

Milly is immediately taken to a psychiatric unit and given a new name. From there she is taken to a foster family. Her foster father, Mike, is the psychologist who is preparing her for her mother’s trial. Milly is happy with Mike, but fears having to leave once the trial is over. Mike’s teenage daughter doesn’t know Milly’s background, but is determined to make her life unhappy. Milly is also haunted by her mother and what she did and wrestles with her complicated feelings for her.

As the trial looms, will Milly be able to hold it together and will her mother be found guilty of all of her crimes?

This is a gripping story, told entirely from Milly’s point of view, only revealing what is important to her. It’s described as a psychological thriller, but I’m not really sure if it is because a lot of the threat has already happened.

I really enjoyed this book, which is a bit different from the usual thrillers I read. I would actually like to read more and see the story from Milly’s mother’s point of view. In Good Me Bad Me there is a little bit of insight into her motivations and the way she treated Milly over the years, but I’m sure there’s a whole other book right there. However, Ali Land told the audience at Cheltenham Literature Festival that she is leaving Milly’s story where it is with just the one book. 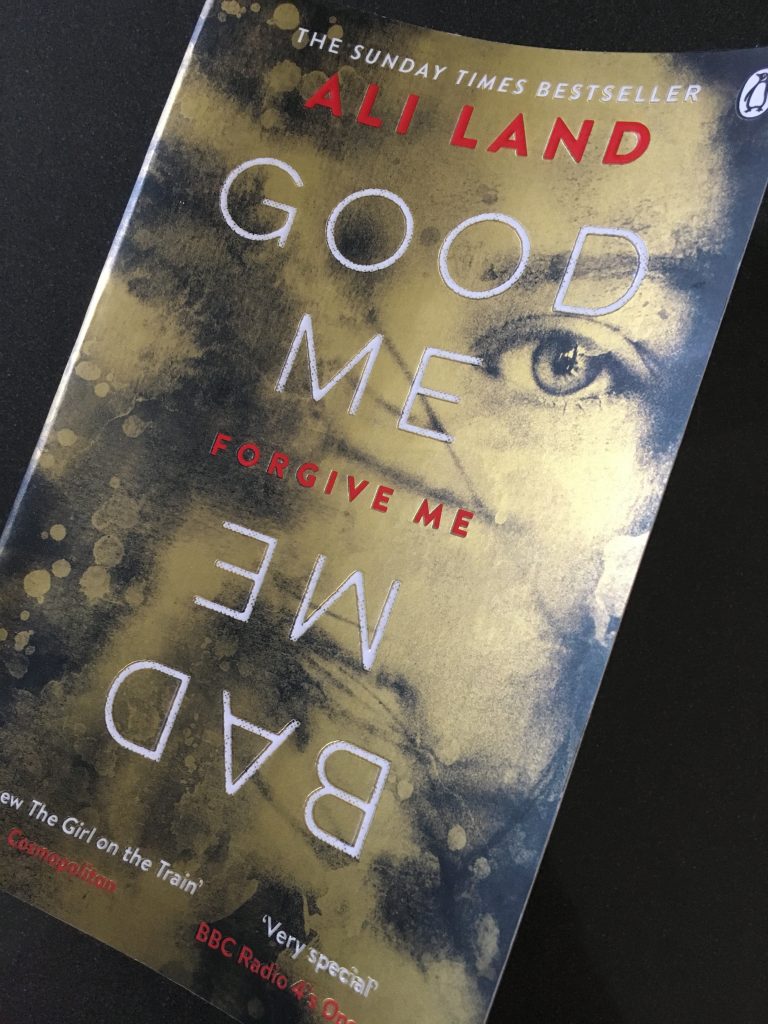