Getting the running bug

Home » Family » Getting the running bug

Going back two or three years, I was the only person in my family that ran. It was my little quirk. Mummy’s thing. Sarah’s thing. The rest of the family were aware that I did it, but it didn’t interest them. I think they thought I was a little bit mad.

But three or four times a week I ran four miles and I felt good for it.

When my husband and I ran the Cheltenham half marathon in 2013, my daughter wanted to go along and watch. But my parents were too concerned about the traffic to take her. It was only running after all.

But then something happened. Parkrun.

Suddenly running wasn’t just my thing. It was everyone’s thing.

Everyone was running and getting a little bit faster every week. My dad has got 10 PBs this year alone.

My mum eagerly analyses the Parkrun results as soon as they come out every week and usually rings me to say how well someone has done and that my dad and my sister have got a PB again.

My mum and dad went along to the Cheltenham half marathon in 2016 to cheer me on. They were there at the finish line waiting with my kids. And this year they went along to cheer me, my husband and my brother-in-law.

When my mum said to me recently that she didn’t think they would make it to Stroud to watch me in the half marathon I really knew they had the running bug. I used to just take myself off to half marathons, or my husband took me. The fact that she was even thinking about going along just shows how the whole family’s attitude to running has changed.

Running isn’t just Sarah’s weird thing she does, it’s something the whole family does. 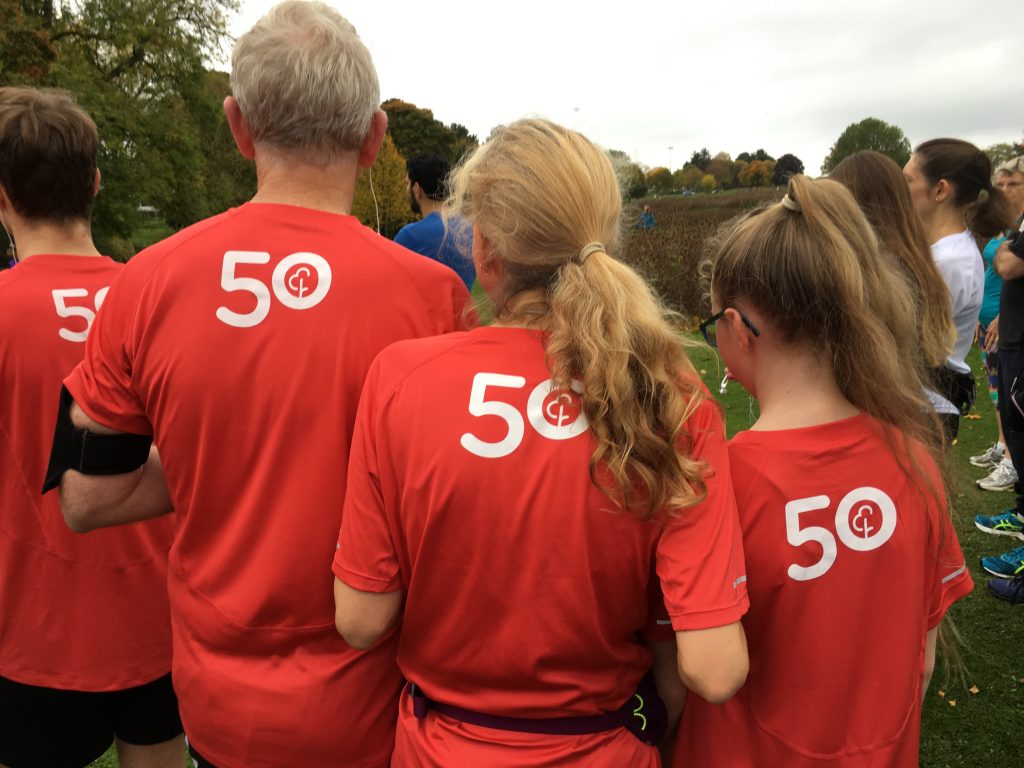