As well as her three ballet classes a week, my daughter does another class at the same school. We call it ‘tap’, but really it’s tap and something else – modern or jazz. I’ve never really been sure whether it’s modern or jazz or if they’re the same thing and, if not, what the difference is.

She’s done less exams with this class. She did her Grade 1 tap three years ago and her Grade 2 modern two years ago, gaining distinction in both of them. I hoped she might do her Grade 2 tap last year, but her teacher decided they wouldn’t do any more tap exams for the time being. In fact, as most of the girls in her class were quick learners, she decided to skip whatever grade they were working on at the time and move them up into a class of girls two or three years older to work on their Bronze jazz exam.

As ever with her exams, my daughter did some practise at home and she looked very good. We had a blip a few weeks ago when she injured her foot and we weren’t sure whether she would be healed in time. If necessary, she would have just dosed up on ibuprofen and got through it as best she could. But luckily she was all better.

Parents were invited to watch the last class before the exam and I’m pleased to say that she was good as ever. It doesn’t matter that half the class were a lot older than her, she still shone and she was still the best. It actually brought tears to my eyes watching her.

In the past, exams have always been on a Saturday. We’re always asked to get there half an hour earlier. The teacher checks the girls’ appearance, they do a warm-up, everyone talks as quietly as they can (to avoid disturbing the kids in the previous exam), there’s a last-minute toilet dash and a few photos.

The Bronze Jazz exam was on a Thursday evening. We arrived early as ever. But the examiner was running early. For the first time ever, the other two girls my daughter always does her exams with were there before us. There was no time for our usual photos and toilet dashes. The teacher just got the girls to pin their numbers on, they ran through their warm-up routine once and they were gone.

The Bronze Jazz syllabus is much shorter than a ballet exam. We heard the music playing and before we knew it the girls were back, red-faced and breathless.

Apparently the examiner had been very nice (they usually are, but not always) and the only thing my daughter thinks she did wrong is putting the wrong arm up at the end of a routine. You don’t get marked down for that sort of thing anyway, because it’s all about technique. The only problem is if you worry about it and then it affects your technique. Her only issue with jazz is that she has a tendency to turn her feet out, as you have to do in ballet, but they’re supposed to be parallel in jazz. Hopefully it won’t be enough to stop her getting a distinction.

Now we just have to wait for the results. The Bronze Jazz exam is with the ISTD examining board, which tends to provide results a lot quicker than the RAD, which does the ballet exams.

My fingers are firmly crossed for another distinction. 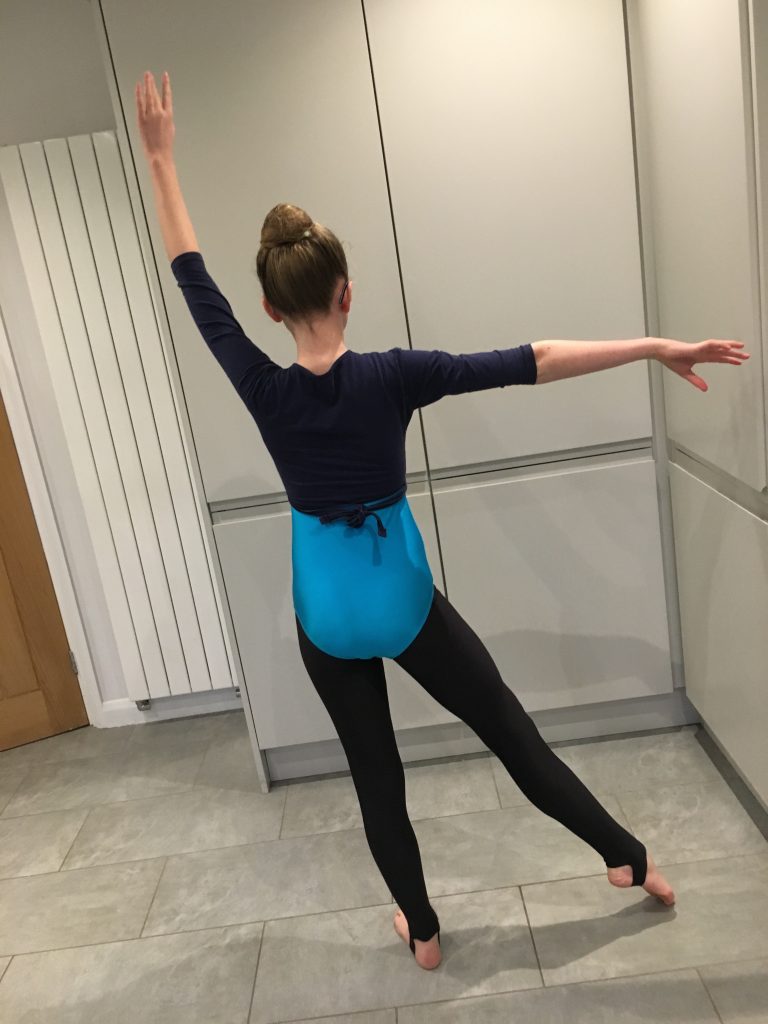