This autumn has been all about the grade 1 dance exams for my daughter – first grade 1 tap and then grade 1 ballet, which is next week. It has meant a fair few extra lessons – so many in fact that she’s had to drop her contemporary classes for the term, something she’s NOT happy about.

I know what a good dancer my daughter is and she’s also highly competitive, motivated and determined to do her best. So we set some targets together, just for her. As ballet is her stronger style it has to be a distinction. Any less and she would have let herself down. Her ballet is beautiful and breathtaking. Her tap is good too, but it is the weakest of the four styles she does, perhaps not surprising as she has only been doing it for a year. So we decided that should be a merit.

The rest of her class did their primary exam last year. They may also have done their pre-primary before that, I’m not sure if that exists in tap. But they’ve been tap dancing a lot longer than her.

When I watched their class just before the exam, I could see how good she was. The sound she made with her shoes was much louder and clearer than the others (this is very important in tap), her moves were sharp, her head was up and she was smiling. She was very good.

I wondered if maybe she could make it to distinction after all. But I didn’t dare mention it to her, because once said it can never be un-said. If my daughter thought she was capable of distinction and didn’t achieve it, she would beat herself up. She doesn’t like failure. (‘Failure’ in this case being a higher exam grading than most people would get anyway, but all things are relative.)

So I kept it to myself. I would be very proud of her for getting a merit in her grade 1, only a year after taking up tap dance.

I thought the result would take about a month to come through, as it did with her primary ballet exam two years ago. I also thought it would come via a certificate or a notice up on the wall at her dance class. So I was very surprised when I got an email – and a lot sooner than I’d anticipated too.

‘I’m very pleased to tell you that X has passed her tap exam with distinction.’

I can’t tell you how proud I am, but needless to say it involved my eyes filling up a little bit.

My amazing little girl has done it again. 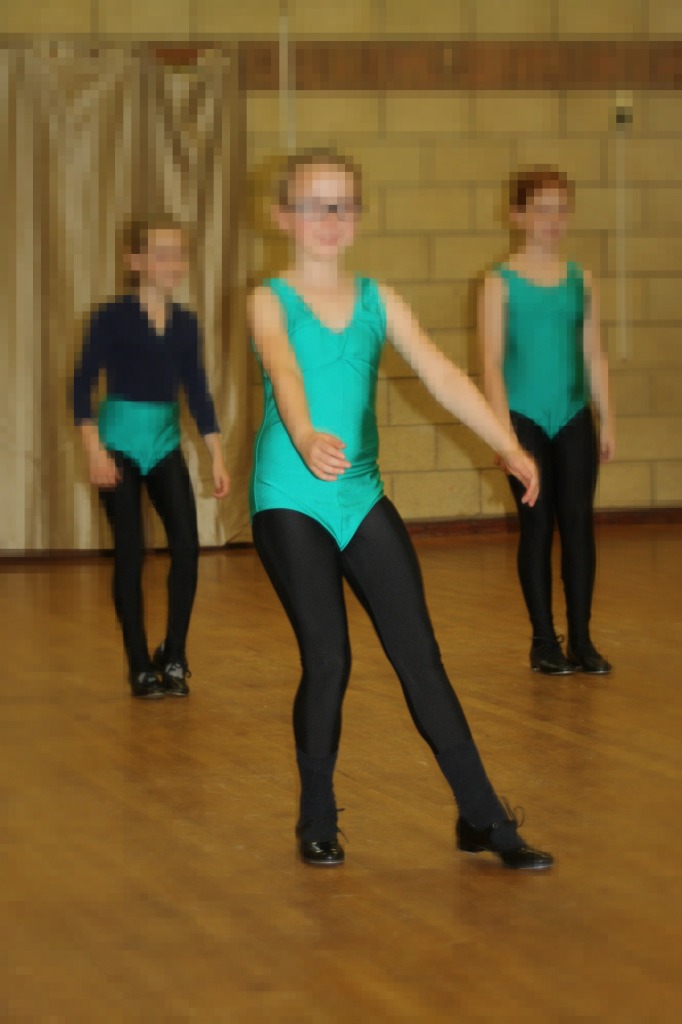