The other day, I got a call from school. My daughter had hurt her finger playing basketball. Yes, at the school that never does PE. Apparently, basketballs are actually really flipping heavy. It wasn’t broken, but it was painful. She’d had ice on it and had it strapped up, but could I take some Calpol to her?

The first thing she said to me was: ‘I’m still going on my Scout camp!’ Of course she was, it was only a painful finger.

She was emotional when I dropped her off at camp and I couldn’t shake the nagging feeling that maybe the finger was broken.

We got a call the following evening to pick her up from camp. The finger was just too painful. The girl we collected was a shadow of her former self.

Her finger was very swollen and she was getting easily upset by things that wouldn’t usually bother her.

I’d have to take her to get it checked.

My husband broke his finger when it was hit by a ball last year. He didn’t get it looked at until eight weeks later. He didn’t even strap it up. He was supposed to get physio, but he didn’t bother. Now, nearly a year later, he can almost bend it as normal. This is not really the advisable way to deal with something broken.

Being a child of the 2000s, my daughter googled ‘broken finger’. She certainly ticked some of the boxes. It said if you suspect a broken finger you should get medical attention, but that you shouldn’t go to A&E. And I was fine with that. I hate going to A&E. Who wants to sit round there for four hours – seeing drunks and chavs and the police?

But maybe we could just go really early on Sunday morning? We didn’t. We would until we could go to the minor injuries unit on Monday (the minor injuries unit is open at weekends, but the x-ray isn’t). Knowing that the x-ray closes at 4pm, I took my daughter out of school early so we could get there in time. And when I spoke to her teacher, it became clear where the ‘it’s not broken’ statement had come from. It was my daughter who had said it herself, because it didn’t hurt as much as when she broke her finger before. From trapping it in a heavy door. That’s always going to hurt more than being hit by a ball, but it didn’t mean that she hadn’t broken it.

We love the minor injuries unit because it’s quiet.

Because everyone does the same as we’d done and stores up their injuries over the weekend, ready to get them looked at on Monday. We weren’t even triaged for nearly an hour (and you’re supposed to wait no more than 15 minutes for that), but at least she went straight for her x-ray then. The nurse said that when fingers are pushed too far back (for example by heavy basketballs), the tendons stretch so much that they come away from the bone. And sometimes they take a little bit of bone with them. This is exactly what had happened to my husband and it looks like it had happened to my daughter too.

So my daughter has a little break in her finger. We’ve just got to keep it strapped up and hopefully she will be back to normal soon. 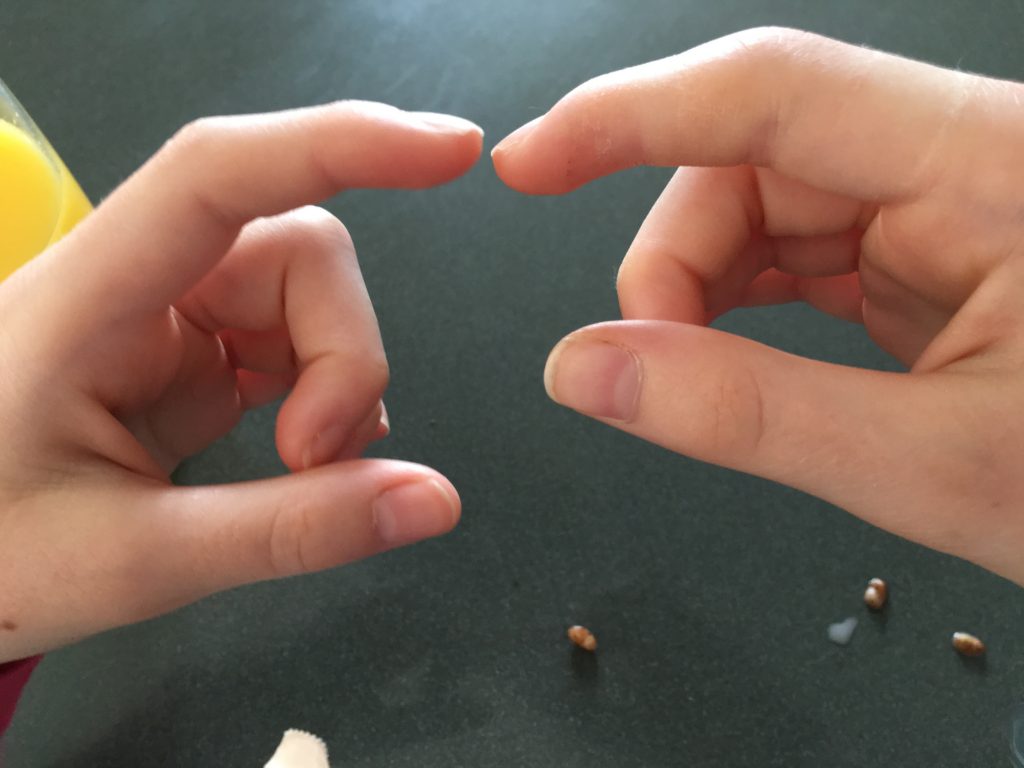