Hanging out with my biggest boy

Home » Family » Hanging out with my biggest boy

It’s been a funny few weeks at home. With his GCSEs over and his siblings still at school, it’s just been me and my biggest boy. And while it has sometimes felt quite a drain on my time and my work seems to have been relegated to some sort of hobby I squeeze in between giving him lifts, it has been nice.

I think my son would be the first to admit that he does wind his brother and sister up rather a lot and that can cause tension at home. But, without them there, he’s a different person. It’s like having another adult at home (albeit one who makes a lot of snacks and a lot of mess). He’s calm and mature and very nice to talk to.

On his birthday, he was happy to go out for lunch with just me, before going off to meet his friends. If he’d asked, I would have been fine with him having lunch with his friends, but he didn’t ask, so it was just the two of us.

Even though he’s all big and grown up and feels like my bodyguard when he walks next to me, he still seems to like me to be in control of his life. I tell him we will be going for a training walk for the Three Peaks and to Sainsburys and he just goes along with that. Again, he would be welcome to do things with his friends (and he does some of the time), but he’s perfectly content to hang out with me too.

Funnily enough, I’ve noticed a fair few post-GCSE boys in Sainsburys with their mums. At a glance, their relationships seem very similar to ours – happy, with a little bit of gentle banter both ways. The boys aren’t complaining about being there, they’re just going along with their mums because they probably haven’t got anything better to do. I haven’t noticed any girls. Maybe the girls are more independent or maybe I just don’t notice them.

It’s been a funny few weeks and at times the lifts I’ve had to give him have been too long, but I’ve been grateful for this time hanging out with my biggest boy. In a few weeks, I won’t remember if I didn’t spend quite as long on a piece of work as I would usually or I got it in slightly later than I would have liked. But I will remember I had a few weeks at home – just me and my biggest boy. 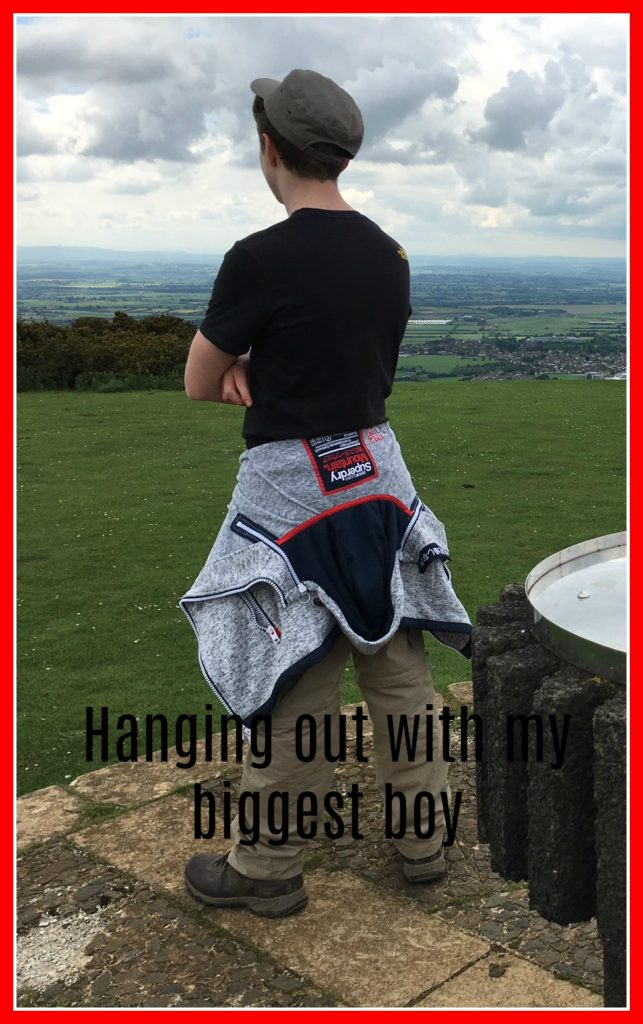