The fuel tank and doing too much

Home » Family » The fuel tank and doing too much

My husband has had a cold recently which means he’s been snoring more than usual. And he snores a lot at the best of times. I’ve taken to going to the spare room at about 3am, where I sleep very soundly until it’s nearly time to get up.

But the other night I couldn’t settle. I had stuff on my mind. And the main thing keeping me awake was the thought that my daughter’s friend would be staying over in a few days and I’d need to wash the sheets on the spare bed. The things that worry us in the night feel very stupid in the cold light of day.

But I spent the rest of the day feeling unsettled, out of sorts and worried. I know we’re supposed to be ‘mindful’ and live in the now, but I’m not that person. I’m the person who is whoever one step ahead, thinking about where everyone has to be next, whether they will have time to have tea beforehand and whether I need to put the recycling boxes out.

That day I did need to put the recycling boxes out. My son didn’t have an exam, but he wanted me to take him to town and pick him up. I was worrying about the cost of the vet for Eric and genuinely concerned that Wilfred might need to go too. My daughter was playing cricket and needed picking up from the cricket ground. My car was very low on fuel. My younger son was sunburnt, tired and aching from an athletics tournament. I was waiting for a piece of work that hadn’t come in. I needed some information to finish another piece of work. My younger son had a new athletics club to go too, which meant more logistics into an already over-stretched week. I’d been invited round to a neighbour’s for the evening with some other women from the village, some of whom I didn’t know. And I didn’t have anyone to look after my daughter (I can’t leave my daughter and my eldest together for more than about half an hour). I didn’t know who would be taking the boys to school the next day. It was very hot and I needed to put bottles of ice in the guinea pigs’ hutches.

All of this stuff was whirling round and round in my head and I couldn’t relax. And I know how lucky I am, I know how badly people have suffered in the last few weeks. All those terrible incidents were there too in my head. I was reading about Grenfell Tower and feeling terribly, terribly sad for what those people were going through.

And then I had a lull in my work. So I went to put fuel in my car. And for the first time in three years I actually remembered which side my fuel tank is. And then I looked down at my hand in horror. My head was so full of worries and logistics that I’d put £39 of unleaded in my diesel car. Had I really done that? Please don’t let me have done that.

I went to pay and I checked with the lady. Had I put unleaded in?

Fair play to that lady. She told me not to move my car and went and put cones around it at the pump. I phoned the AA. They could help – and quickly too – but it’s not a free service. In facts it’s £199 to drain the car, safely dispose of the fuel, put something in to decontaminate the fuel tank and then give me a little bit of diesel. I had no choice. My worries had overwhelmed me and this was the price I paid – £39 of wasted petrol and £199 to sort my car out.

So I will continue to do too much, but I will keep a VERY close eye on what goes into my fuel tank. 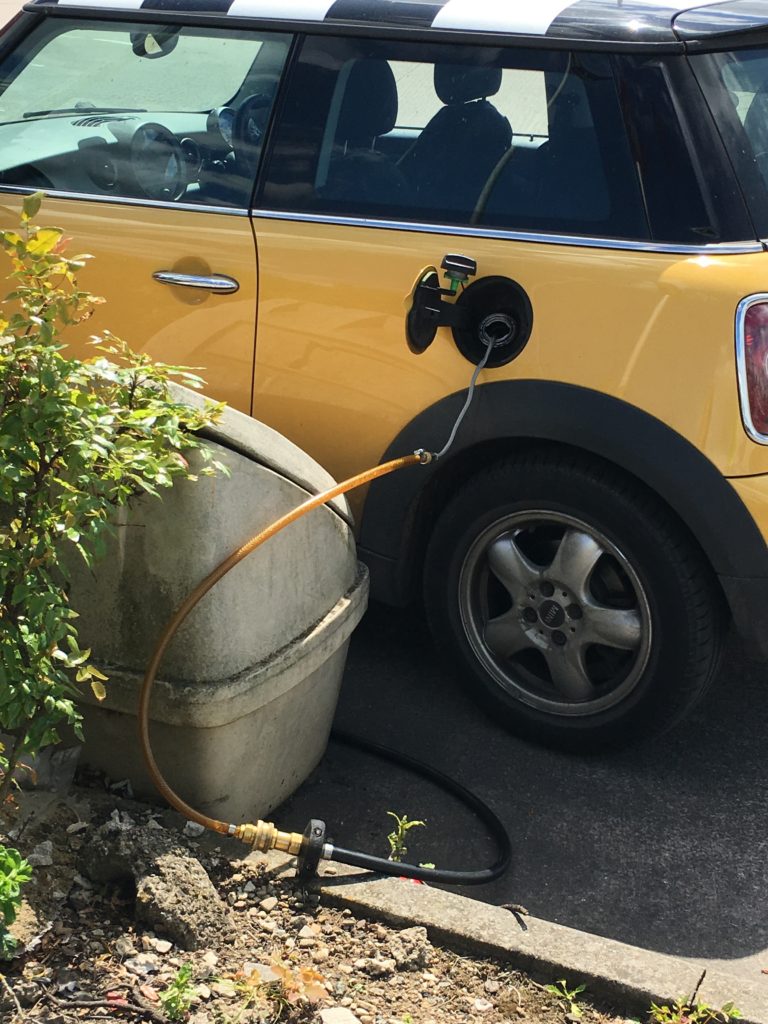