One of those days

Home » Family » One of those days

Wednesday was the day the phrase ‘one of those days’ was surely invented for.

It started at 5.45am. My husband needed to catch an early flight. He took my car because his own has been playing up a bit recently. Two minutes later, he rang me. My car had broken down just two miles up the road. He managed to get it started again and came home for his own car. I’ll admit, I was a little bit smug. I’d had a problem in the winter with my car intermittently cutting out, but of course it never happened for him. I think he thought I was either mistaken or it was something to do with my crap driving. So he took his own car and I thought nothing more about it.

My younger son was off school ill, as he had been all week. He’d been getting progressively worse every day. He was so unhappy that I thought I should take him to the doctor in case he’d actually got an infection.

We set off with time to spare for our appointment, because parking at the doctor’s can be a nightmare. It was time to pick my daughter up from school, so I arranged for my parents to pick her up, even though they already had their hands full with my little niece and nephew.

We were about a mile and a half up the road when the car cut out. It stopped and wouldn’t start again. I put my hazards on and kept trying to start it while people beeped at me (why? couldn’t they see my car wouldn’t go?). There was nothing for it but to put a 13 year old boy in the driving seat to steer while I pushed. Minis are surprisingly heavy and my son was nervous of steering. A man came along and pushed for a minute, but the second I stopped to speak to my son about steering round the corner, the man disappeared. We needed to steer the car round a corner and round a parked car. A bit challenging for a poorly 13 year old boy.

So I got back in the car and started it.

It went for a few seconds before cutting out again.

So I started pushing again.

Then a lady came along. She was cross that nobody had helped me. She told me to steer and she pushed. She was a lot better at pushing than I was. We got the car into a side road and she even helped me get it as close to the kerb as possible. It was a private road, so I stuck a note on the windscreen.

We could walk to the doctor’s, even though my son was really poorly and it would be bad for him.

‘I can give you a lift to the doctor’s.’

So we jumped in the car and the lady drove us the last quarter of a mile or so to the doctor’s. She was a mum from school with a little daughter, who knew my daughter (everyone at our school know my daughter). I was so grateful to her. She was even worried about how we would get home.

We had a long wait in the doctor’s, as is so often the case when you have an emergency appointment. The experience of being outside had made my son feel worse. The doctor checked him over thoroughly, but it’s just a nasty virus and he needs to rest and take ibuprofen and paracetamol regularly.

Then my dad picked us up and dropped me at my car to call the AA. It was freezing, even with my son’s coat on that I had borrowed.

Back at home, my eldest walked my daughter to her dance lesson and my poor younger son lay down in the dark with a blanket and tried to sleep. I hated not being able to help them all out.

I waited an hour for the AA, which was fine.

The man arrived and of course my car started. But he ran some diagnostics on it anyway and found the problem. He said it would need to go to a garage.

I don’t deal with car repairs at all – my husband decides what needs fixing, when and where. And he was on a plane flying back from Glasgow, so I couldn’t ask for his advice. But as it happens, I’d been to a garage the previous day to pick up my husband who had dropped his car off for MOT. It wasn’t far away.

So I started driving with the AA man behind me.

I’d driven less than a mile when the car cut out and wouldn’t move. At a junction. In rush hour.

We left it a few minutes and it got going again. We were just a couple of hundred metres from the garage.

There was a small hill to negotiate. I hoped going down the hill would give the car the momentum to get to the garage. But it cut out literally as I was turning right into the road. 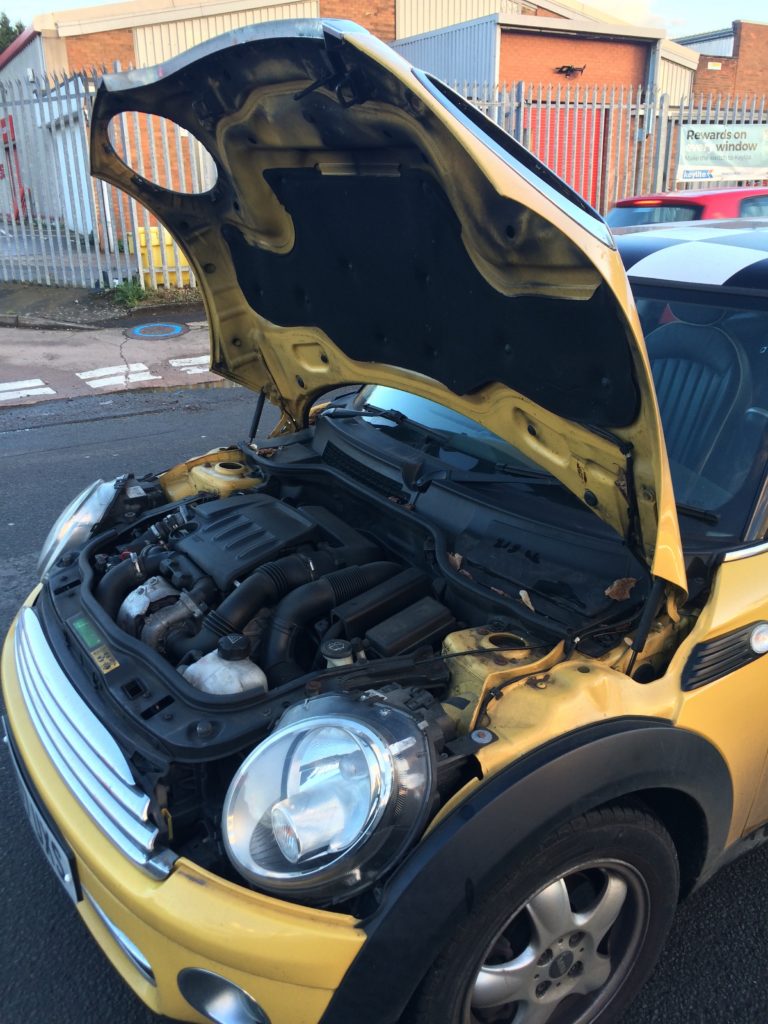 So the AA man pushed me across the road and into the garage.

We left the car at the garage and the AA man drove me home.

Where I discovered I had no keys. I’d left them in my car.

Then I had to call my dad, who gave me a lift back to the garage with my spare car key to get my house keys.

In the meantime, my daughter had been picked up from her dance class by my dad and had walked herself to the school disco.

It was late and I should have been hungry. I’m basically hungry all the time and go a bit crazy with it at times. But the adrenaline had kicked in. I was in survival mode. I’d been too busy getting stuff sorted to even think about hunger. But I had just enough time to throw some pasta in a pan for the boys before picking my daughter up from the school disco.

It had truly been one of those days.

Wednesday was also the day a number of people died in a terror attack in London. My day was frustrating, but the news really put it into perspective. Along with the rest of the country, I am shocked and saddened by what happened and my heart goes out to everyone affected.