Being invested as a Scout

Home » Family » Being invested as a Scout

My daughter has recently been invested as a Scout.

The normal length of time from joining Scouts to being invested is about 4-6 weeks, but it had been a lot longer for my daughter. Our Scouts tends to give out badges in bundles once or twice a year, rather than awarding them every few weeks, and they tend to invest Scouts somewhat later than the 4-6 weeks. But it doesn’t matter. They are a brilliant Scout group and they are too busy doing amazing activities and having fun to worry about details like investiture and badges.

She joined Scouts right at the start of the school year and had been looking forward to being invested. Not being invested isn’t a problem at all – she was able to join in with all the same activities as the other Scouts and her friends weren’t invested either.

The investiture was quite a big occasion, with more Scouts being invested in one go than they had ever invested before.

Each Scout is brought up to the leader by their patrol leader, who introduces them to the leader and the group and says: “This is (name) and s/he would like to be a Scout.”

The new Scout then says their promise with their hand on the flag, before being welcomed to the group with a left handshake (it is always left in Scouting). They are given their necker and badges, then salute the leader and salute the group, who all salute them back.

I was especially proud that my daughter was presented by my son, who is her patrol leader. It was lovely to see them together. As a patrol leader, my son was able to choose the Scouts for his patrol (just like picking a team in games at school) and he actually chose to have his sister with him.

The Scout leader said this was the first time a patrol leader at our Scouts had brought his own sister to be invested.

(I am proud that my son has been a leader at all levels – lodge leader in Beavers, sixer in Cubs and patrol leader in Scouts. With a lot of Scouts of his age, being a leader is not guaranteed and not everyone gets the opportunity.)

My daughter delivered her promise, did her handshake and salutes, received her necker and badges and now she is a real Scout.

She is already loving being a Scout, despite not being a Beaver or Cub beforehand, and I hope she will go on to enjoy it just as much as her brothers have done. 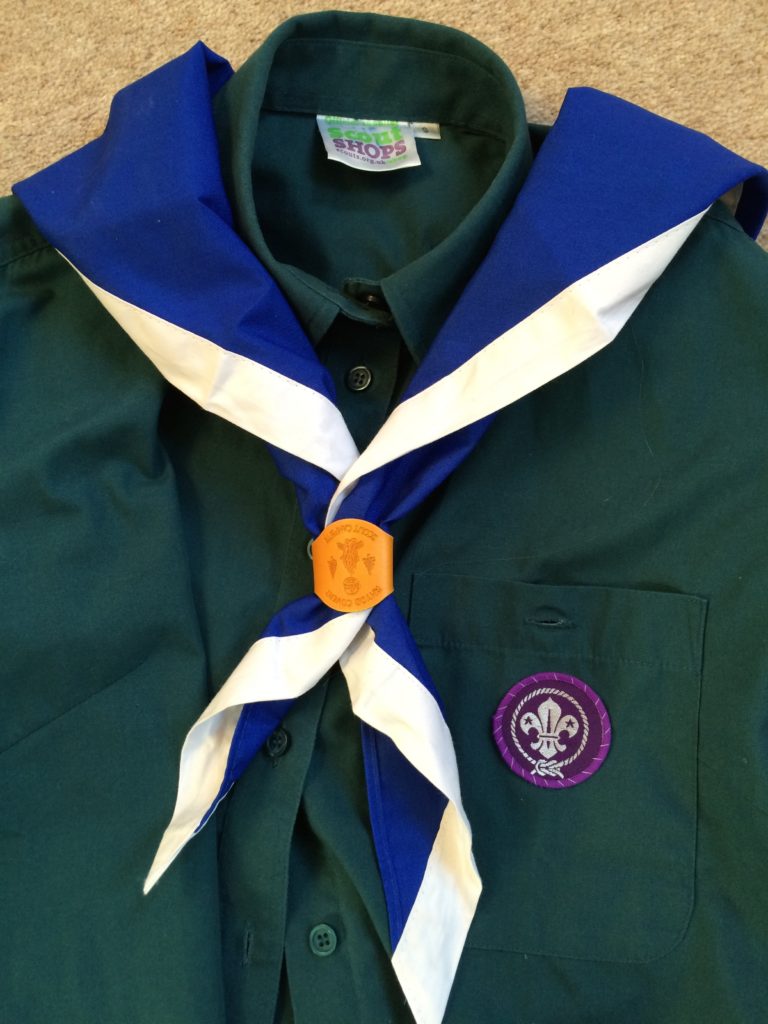