The Boy in the Striped Pyjamas by John Boyne

I first read The Boy in the Striped Pyjamas myself years ago. It is a children’s book and it is a brilliant read. It is just as good for adults as for children.

But the ending! Oh the ending… I never could have seen anything like that coming and it had me in absolute bits. I’ve rarely cried so much over the ending of a book. And, as I recall, I was sat in public watching swimming lessons at the time.

My daughter is in year 6 and has been learning about World War II. They have touched on the Holocaust, although they don’t go into too much detail as it really is too horrific for kids of her age to learn about. She is a girl who enjoys moving books (she is addicted to Jacqueline Wilson and every single one of her books is moving), so I felt she was ready for The Boy in the Striped Pyjamas.

John Boyne’s novel is moving and because we understand it. But, taken at a basic level, it is simple and innocent. The story is told from the point of view of Bruno, a rich, sheltered little German boy. What he doesn’t know is that his father is very senior in the Nazi party. One day, ‘the Fury’ comes to dinner and soon afterwards 9 year old Bruno, his mother, father and sister Gretel move to a house in the middle of nowhere – ‘Out-With’.

Their worlds are so far apart, that neither boy can really understand the other boy’s life at all, yet their unlikely friendship gets stronger and stronger.

The Boy in the Striped Pyjamas is an absolutely beautiful book and I would recommend it for adults and children over the age of 10 alike.

But watch out for that ending… Even though I knew what was going to happen, I was still unable to read it to my daughter without crying. 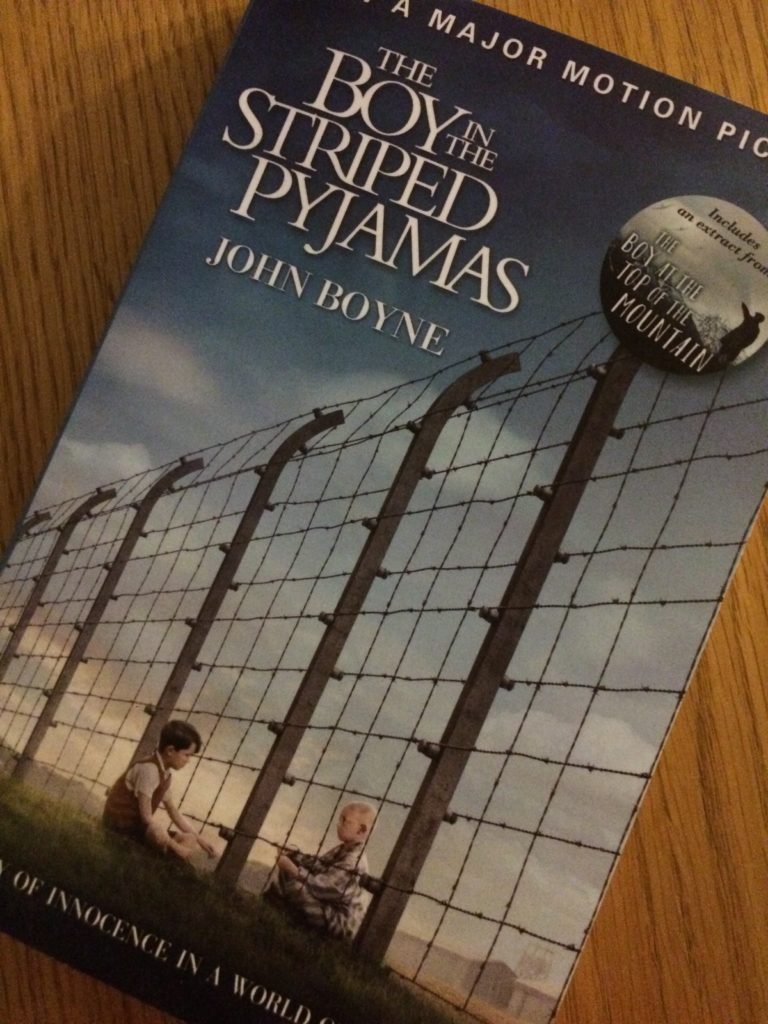