Last year I averaged a Parkrun two weeks out of three, which is pretty good. Things got in the way of me doing it every week – like my son’s rugby matches , holidays and my own half marathon training. But as I approached my all-important 50 Parkrun milestone and went beyond it, I managed to string 10 consecutive runs together – my record.

And as running is pretty much the only thing I do for myself, I decided this year I’d like to make even more of an effort to do Parkrun every week. I needed to put myself first for that half an hour on Saturday. I’m helpful to everyone else for the other 167 and a half hours of the week. 9am on Saturday is Parkrun time. My family are welcome to join me or I can run alone, as I’ve been doing a lot in the colder weather.

I had one unavoidable week off after my 10 consecutive runs and then I was straight back to Parkrun. Except the mornings were really icy. One week I saw a warning on Facebook that our Parkrun might be called off due to ice, but it wasn’t. I’m not sure what made me check back the following week to see if it was on. But it wasn’t. It was too icy. I was gutted. I’d done some juggling to get my son a lift, so I didn’t need to take him and miss Parkrun. My husband and my younger son had both planned to run that day too. I sulked for about five minutes, then decided I would just run it somewhere else!

I’d run it 58 times in the same place, but had been talking about maybe trying some different Parkruns in the new year. Running at a different Parkrun is known as ‘Parkrun tourism’, even if it is only a few miles down the road. Some people try to run at as many different places as they can, but of course the big disadvantage is having to get up earlier and travel further – not such a problem for me, but a struggle for the kids. Needless to say, nobody wanted to join me for a spot of Parkrun tourism. So I went on my own.

The other Parkrun is in a beautiful setting, although it’s just a rugby ground. It is entirely on grass, whereas ours is entirely on paths – hence the worry about the ice. Our Parkrun regularly attracts over 400 runners. There were 89 runners at this one, which included about 10 people from our Parkrun. It felt strange to be the ‘new girl’ and not know where I was going. I ran without my headphones, which I never do, because juggling them and my fleecy headband and being able to hear the Run Director’s instructions was going to be too much to deal with. With so few runners, there were a lot less instructions – at ours there are strict rules about how to overtake safely, but with so few runners, that wasn’t necessary.

At our Parkrun, I know what speed to set off. I make a point of always setting off quickly, so I get really out of breath, then I slow down a bit, but it means I keep a really good pace. So I set off quickly as usual, until I saw my watch telling me that I was running at 5 minutes and 34 seconds per mile – so I probably set off a bit too quickly! I steadied my pace and was comfortably the second female. The course was a sort of figure of eight, with one short, steep hill and another gradual climb – as well as a nice downhill bit at the start. Like our winter course, it was four laps. The four laps seemed to go by very quickly.

As I ran, the marshals shouted ‘Well done, ladies!’, so I was aware there was at least one other woman just behind me, as well as a little girl. At the start of the final lap, the other woman finally overtook me – and I couldn’t catch her! I crossed the line in a respectable 23:48, in 23rd place and was third female (I was third female out of 455 runners at my home run the previous week, which was much more exciting). It wasn’t until I saw the results table later that I realised the woman who had beaten me was in the 65-69 age category! How awesome is that?

I enjoyed my little bit of Parkrun tourism and hope to go back for more sometime in the future.

Very well done to my friend Joy, aka Pink Oddy, who is a regular runner there and beat her PB. 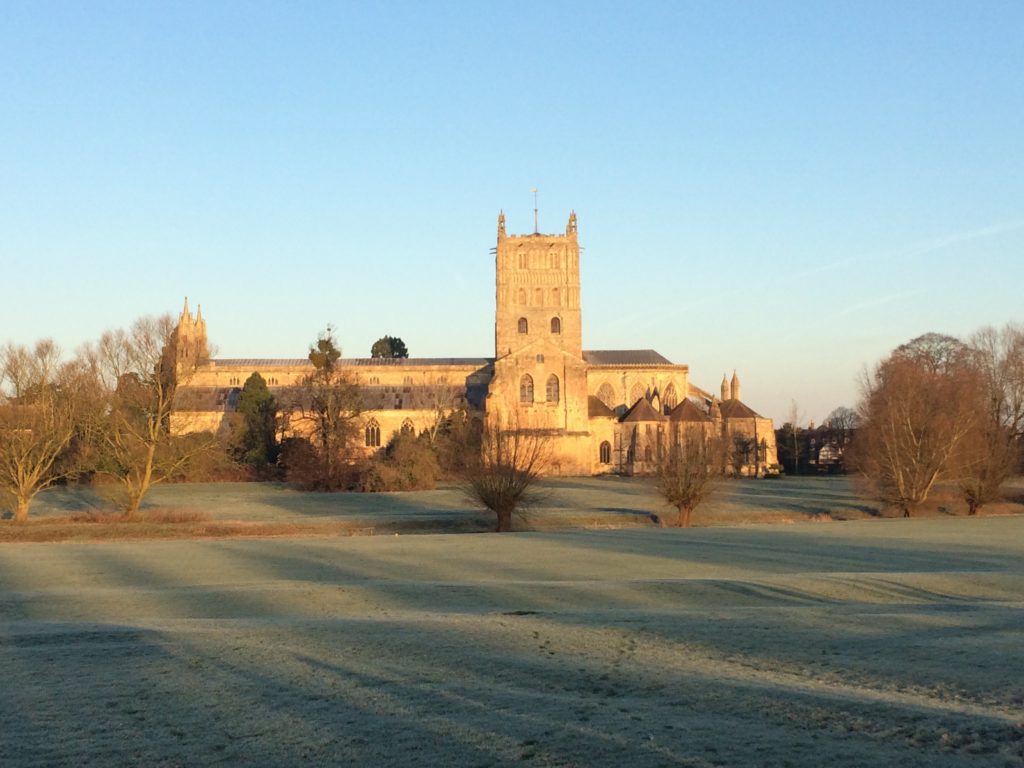