With my daughter at rehearsals and my husband taking her there, it was just my eldest and me for Parkrun last week (it takes a lot to drag my younger son out for Parkrun and it wasn’t one of those days we could manage it!).

It was raining a bit and we talked about how slippy the ground would be and how we would have to be careful.

As we arrived, the tent seemed to be in a different place. I did a double take. Was I going mad? This wasn’t how it was supposed to be! The tent really had moved.

The announcements were already underway as we arrived. I’ll be honest, I don’t listen to them that much any more. After 13 Parkruns in the same place, I know what I’m doing pretty well.

But, hang on a minute?

Did they say keep RIGHT? 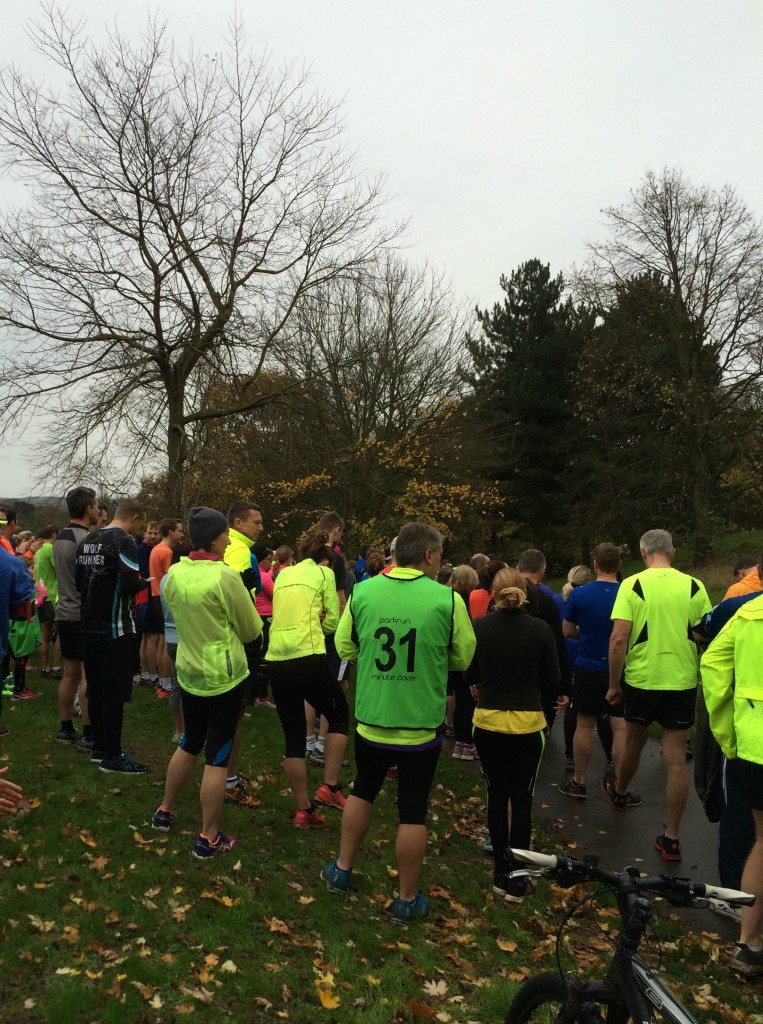 Now if there’s one thing I’m always certain of with Parkrun – it’s that we have to keep left (to let the faster runners overtake). So why right all of a sudden?

But there was more…

There’s a large part of the Parkrun, near the end of each lap, that we call ‘the field’. It’s the most boring, least scenic bit of the run – pretty much a big field, in fact. Apparently, we wouldn’t be running round the field. Instead, we would be doing four laps of the lake. The Parkrun is usually three laps, including the field.

They were messing with our heads!

But this is the winter route. Who knew there would be a winter route? Very sensibly designed, of course, to stop us slipping on the wet and muddy grass of the field. So the entire route is now on the path. With everyone running four laps on the path, and with the paths being narrower than the freedom and width of the field, there was more crowding.

And more reason to keep right!

As my son is 14, there’s no need for me to run with him (adults have to run with under 11s), but he was keen for me to run with him to try to push him and improve on his time. His previous best time was around 29 minutes 30 seconds, gained while trying to taunt his sister as he ran. He’s not the fastest or the fittest boy, but I felt that for a lad of his age and height, of average fitness, he should be getting around 27 minutes, which is still slower than my daughter’s awesome best friend.

His breathing was incredibly heavy. So heavy that it worried me slightly (although I’ve worried about my daughter’s and my husband’s too, maybe it’s just me that breathes quietly?). I said we would aim for about 5 minutes 15 seconds per km, but more confusion! There were no kilometre markers either. I did still have my Runkeeper app though to keep us in check.

He couldn’t keep up with my daughter’s best friend and was struggling with a lack of energy (he runs without breakfast, which I don’t think is a good idea). But he beat his personal best, coming in at 28 minutes and 30 seconds and edging closer to his 10 Parkrun Tshirt (which juniors are awarded).

We’d conquered the winter Parkrun course and I still think he can get his time down to 27 minutes. Next week, it will be Dad pushing him.