50 Parkruns is the first milestone Parkrun for adults (kids also hit a milestone at 10 Parkruns and all my kids have got their 10 Tshirt). It is marked by earning a red Parkrun 50 Tshirt and, at our Parkrun at least, you get your name read out by the run director and a round of applause before the run.

At our Parkrun, there are a lot of runners with their red 50 Tshirts and I’ve been looking forward to getting mine for a long time. Way back last autumn, I worked out that I would most likely get it this autumn. In the summer it looked like I was on target to get it in the early autumn, but things get in the way – like going on holiday and my son’s rugby matches. I’d also forgotten that I’d miss a few Parkruns to train for the half marathon. But I did get it done in the autumn – just.

I’d managed to string together four consecutive Parkruns, which was my best consecutive run since May and June this year, and on 19th November, just under 18 months since my first Parkrun, I finally hit my 50 Parkruns.

I was insistent that we would arrive on time and that we would stand close enough to the run director to hear the announcements properly! I was very pleased that my mum and dad came along, especially to celebrate it with me. They’ve been walking Parkrun a bit, but weren’t taking part that day. My younger son didn’t have rugby for once, but couldn’t run as he’d lost his trainers (typical!), so he came along just to listen too. My daughter had warned me I wasn’t to jump up and down and say ‘woo!’ or anything embarrassing.

There’s usually two or three 50s read out a week, as our Parkrun is quite an established one with about 400 runners a week. My name was called out first and I calmly waved and smiled. I got a little clap and my daughter’s friend’s family gave me a cheer. And then it was time to run!

Of course, the dream was to beat my PB. I’d come within two seconds of it only two weeks before, so could I do it on my 50th?

I started it off at a good pace, but the air was cold in my lungs (runners will know what I mean when I say this) and the grass was extremely slippy. I was running well, but felt my time was going to be closer to 24 minutes than 23, despite my best efforts.

I had a final push at the end, but it wasn’t quite enough for the dream. 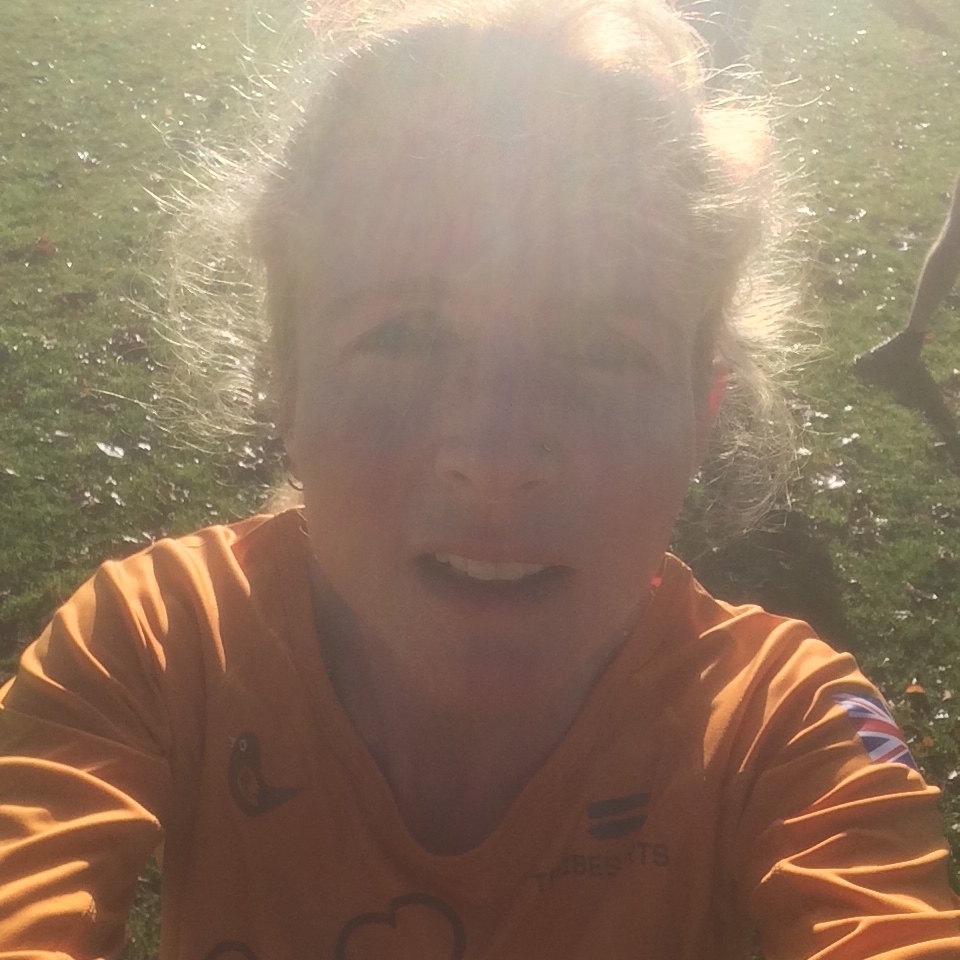 I finished in a very respectable 23 minutes and 38 seconds. I was 94th out of 379 runners, was the ninth female across the line and first in my age category. I’m happy with that and I’m very happy to have hit my 50 Parkrun milestone.

The next milestone is 100 runs and a black Tshirt. I’d thought I might hit that by next Christmas, but I think realistically it’s more likely to be spring 2018. Then it’s 250 and then 500.