My daughter had two years between her Primary and Grade 1 ballet exams and 18 months between her Grade 1 and Grade 2 exams. So it felt strange that she was doing her Grade 3 exam just eight months after her Grade 2.

But she was completely ready for it.

Along with her two friends, she was pulling away from the rest of her age group and improving at a much faster rate. Her teacher felts they were also doing better than most of the girls in the group above, who are a year or even two years older. So she moved them up a group, with the aim of fast-tracking them to their grade 3 exam.

In the run-up to the exam, the girls have been doing two classes a week and my daughter has been doing some practise at home. She’s been looking very good, in my humble opinion.

I went to watch her lesson a few days before the exam and was pleased to say that she looked like the best in her class of 10 girls. She always has that extra bit of polish and grace – her head held high, her expression just right, her posture close to perfect. I’d been telling her (and myself) that she might not get a distinction this time as she’s only been learning the syllabus for a few months. But it looked to me like she could do it!

She missed the last week of ballet classes, due to her first week of panto rehearsals. This also meant she’d taken her eye off the ballet ball a bit, with her head fall of panto dances and songs. She even had a panto rehearsal on the morning of her Grade 3 exam. But she takes it all in her stride.

She got home from rehearsals, ate her lunch and started getting ready for her exam. Her teacher had suggested the girls have a plait running into their buns this time, which took a bit of extra work (on her part, not mine, thank goodness). She had a pair of brand new ballet tights to wear (the first time they’d been allowed to wear tights for an exam) and I had ironed her character skirt. She looked beautiful. 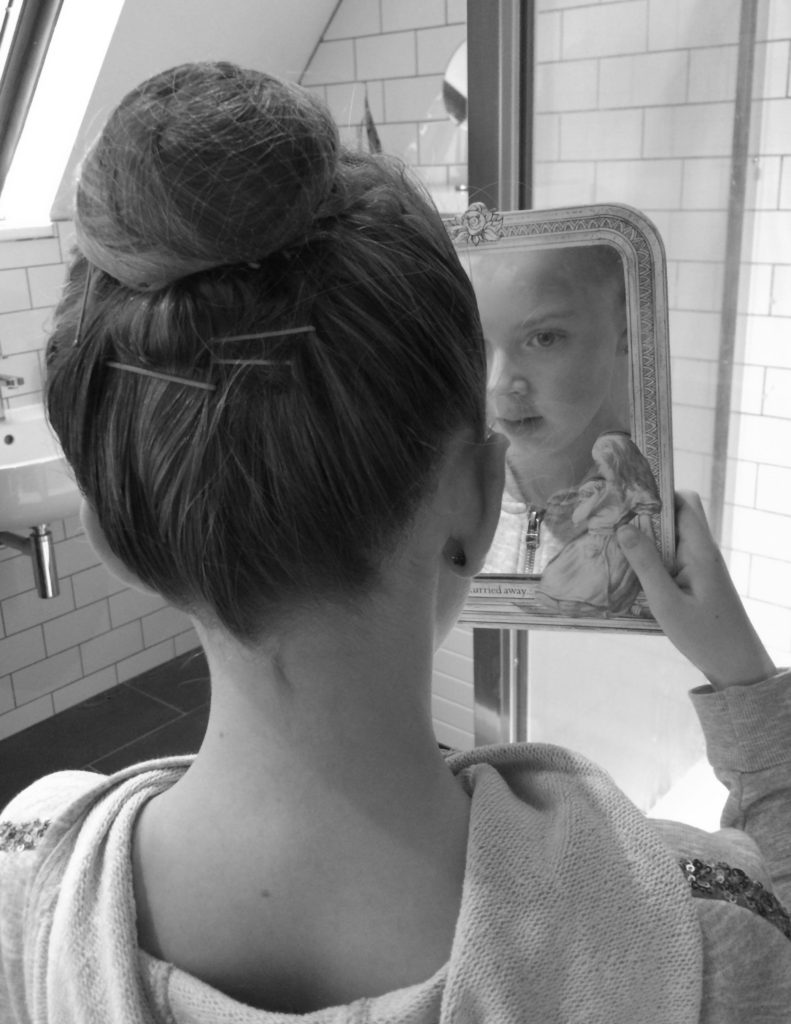 When she arrived, she did a little bit of practice with her two friends and they had a bit of a giggle. It’s nice that none of them get nervous. And then they were gone, ready to show the examiner what they could do.

The familiar music drifting through the door didn’t sound quite as familiar as usual, as it was played by a pianist rather than CD. A lot of the routines they had to perform on their own, or as a pair and a solo, so the exam took a remarkably long time. While my daughter could race through the entire syllabus in 12 minutes in our kitchen, the exam took 40 minutes.

Then three tired girls, with bright red cheeks appeared. It had gone well. The examiner had been nice and they were happy.

Now we just have to wait a month or so for the results. Dare I hope that she’s got a distinction?