I had feared she would have to wait until autumn this year to do it, two years after her Grade 1, which felt like too long a wait. So I was very pleased when her teacher announced just before Christmas that a small group of them would be doing their Grade 2 in March.

The girls were all given a CD of the exam music to practise at home. Once the panto and Young Voices were over, my daughter was able to focus on her ballet exam and practised two or three times a week at home.

Her strength and poise were incredible. Ballet really does take a lot of strength and control and it’s brilliant to see that developing. We went to see Swan Lake the other day and you can really see that what my daughter does is just a simple version for that. The Grade 2 syllabus is laying down the foundations for being a fantastic ballet dancer.

Doing an exam means extra lessons once a week for six weeks, so pretty much every Wednesday this term she’s had an extra ballet lesson. These extra lessons are just with the exam girls, rather than the whole class, so they can really focus and improve. The only downside of these for us is she’s missed nearly a term of street dance classes and has actually only met her street teacher once! But she can always catch up on street dance. It’s important that she passes her exams and makes progress in her ballet. 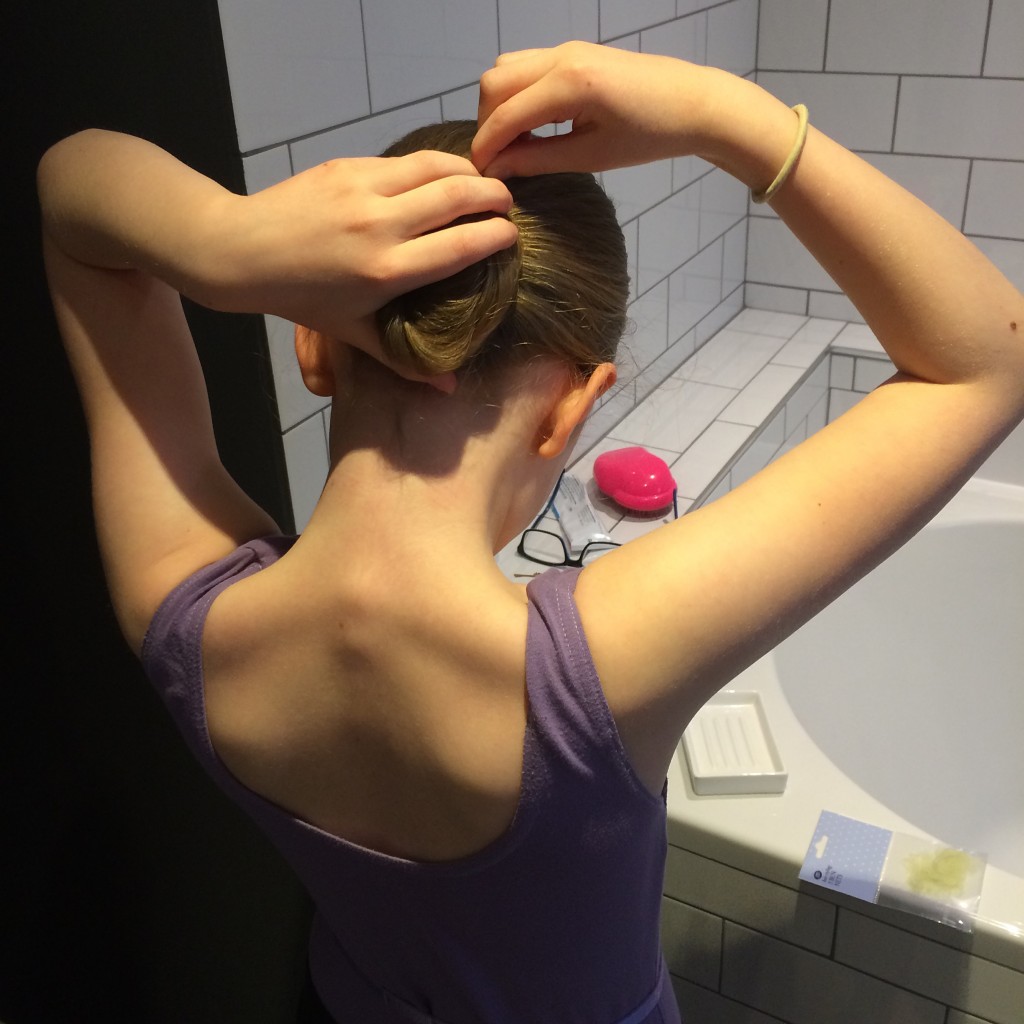 The Grade 2 exam includes two dances, both worth 20% of the final mark. The teacher emphasised the importance of facial expression for these dances, which tell a story. My daughter’s expressions were absolutely brilliant – surprise, curiosity, excitement and nonchalance were all written across her face.

On the last lesson before the exam, parents were invited in to watch the children. I was pleased to see my daughter was every bit as good as I’d hoped she’d be. I had no concerns whatsoever about the exam.

Appearance is everything in ballet. My daughter’s leotard was a bit big, so my mum had to take it in so it fit perfectly. I ironed both her leotard and her character skirt (this is a big deal because I never iron anything). She had a brand new pair of ballet socks and her hair was even more immaculate than ever. The house was a fog of hairspray, but she looked perfect. They’re not even allowed to wear knickers for an exam! The girls also had to wear satin ballet shoes, borrowed from the teacher’s huge selection. My daughter found a pair that felt a bit tight, but OK, but the teacher thought they were too loose when she pointed her toes. So she had to go even tighter. Ouch! 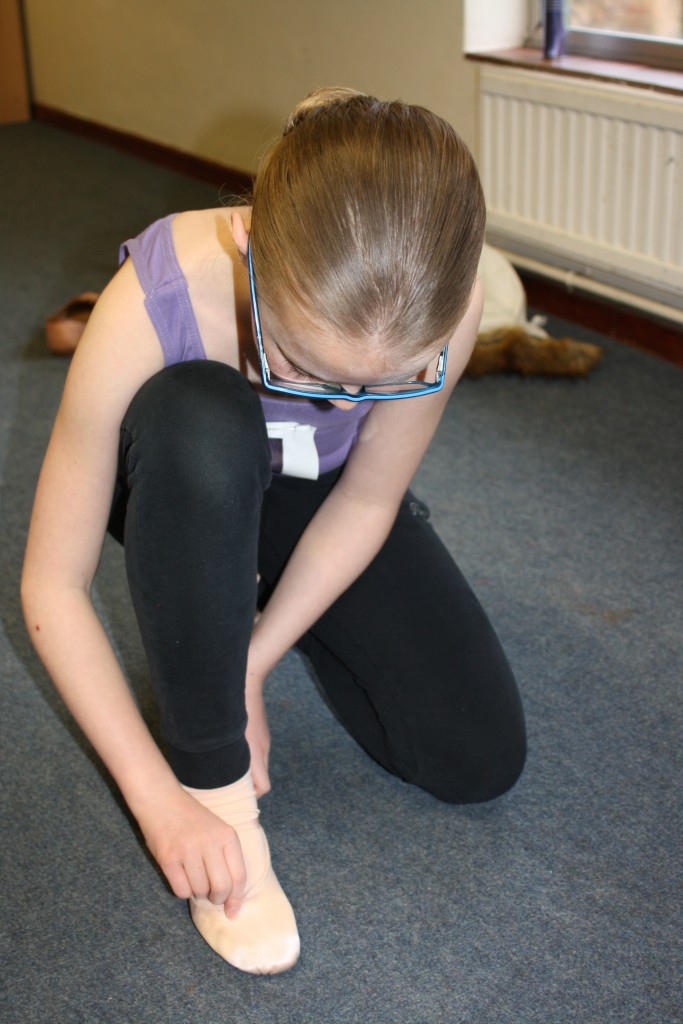 The result was four immaculate, matching girls. They were even shown exactly how to carry their character skirts and character shoes through to the exam room.

The other girls had gone to the toilet 10 minutes earlier, then at 9.29 (the exam started at 9.30) my daughter decided she needed the toilet. I stood with the other girls holding her character shoes and skirt carefully, then the examiner rang a bell. My daughter emerged from the toilet with her hands soaking wet! When appearance is everything, it doesn’t do to walk into an exam with dripping hands.

At 9.31, the girls walked into the exam, leaving the parents to listen to the music and picture the moves.

When she practised at home, the whole exam took about 15 minutes and she was usually quite out of breath at the end from doing one routine or exercise straight after another. In the exam, they do the two dances on their own, so they can be properly assessed. It turns out they did most of the other moves in pairs rather than as a four.

They were gone for a whole 40 minutes.

My daughter said the examiner was a bit ‘mean’ and really stared. She needed to stare, otherwise how could she assess them? Even though it’s a very strict environment, examiners in the past have always put them at ease. Maybe this one was more strict or maybe because it’s Grade 2 examiners are supposed to be less friendly.

But, the good thing is, my daughter thought the exam went very well. I don’t doubt that for a moment. She felt there were two occasions when her back leg wasn’t as straight as it should have been, but, other than that, she was very pleased. I’d be willing to put good money on her getting a distinction. It will be a few weeks until we get the results.

There’s something quite sad about saying goodbye to the old syllabus and routines after they’ve been such a big part of your life for a couple of months, but onwards and upwards!

The class were straight onto their Grade 3 syllabus in the next lesson.