Me Before You by JoJo Moyes

Home » Book Reviews » Me Before You by JoJo Moyes

It took me a long time to decide to read Me Before You by JoJo Moyes. Because it’s not my sort of book. I’m all about the thrillers, not the girly romantic stuff. I haven’t sent the film either, although I did see the trailer and even that made me well up.

But I’d heard good things about the book, so when I got some money for my birthday and decided to spend it all on books, I thought I’d give it a go. Because people generally rave about books for good reason. I usually end up reading most of the books everyone is talking about – from Bridget Jones to Harry Potter to The Hunger Games. Everyone was reading these books because they were good. (I was never tempted to read Fifty Shades of Grey though!). Anyway, I digresses…

From the moment I started reading Me Before You, I was hooked. Not only is it a great story, but it’s very well written. I loved the character of Lou – the 27 year old woman, still living at home in a very crowded house, who has seen nothing of the world. I loved her family and the way she was always the butt of her jokes – a bit like Anthony in The Royle Family. It felt very real.

You probably know the story. Lou goes to work for Will Traynor – a quadriplegic man, who had been injured in an accident a couple of years before. The complete opposite to Lou, he had really lived. He had a highly paid job, he’d travelled, he’d done extreme sports, and now he was stuck in a wheelchair, unable to move.

Initially, they don’t get on, but gradually they start to build a relationship, based largely on banter and taking the piss out of each other. Will’s mother doesn’t seem keen on Lou, but is pleased to see that he is starting to enjoy life a bit more and that Lou is good for him. Yet Lou is only on a six month contract.

I won’t say any more about the plot. You probably know it anyway, but if you don’t, I don’t want to spoil it. All I will say is that I spend the last 40 pages of the book barely able to see the words through my tears.

This might not be ‘my type of book’, but I genuinely loved Me Before You. I read it really quickly, loved every second of it and then felt very sad that I’d finished it! If you haven’t read it, you really should! 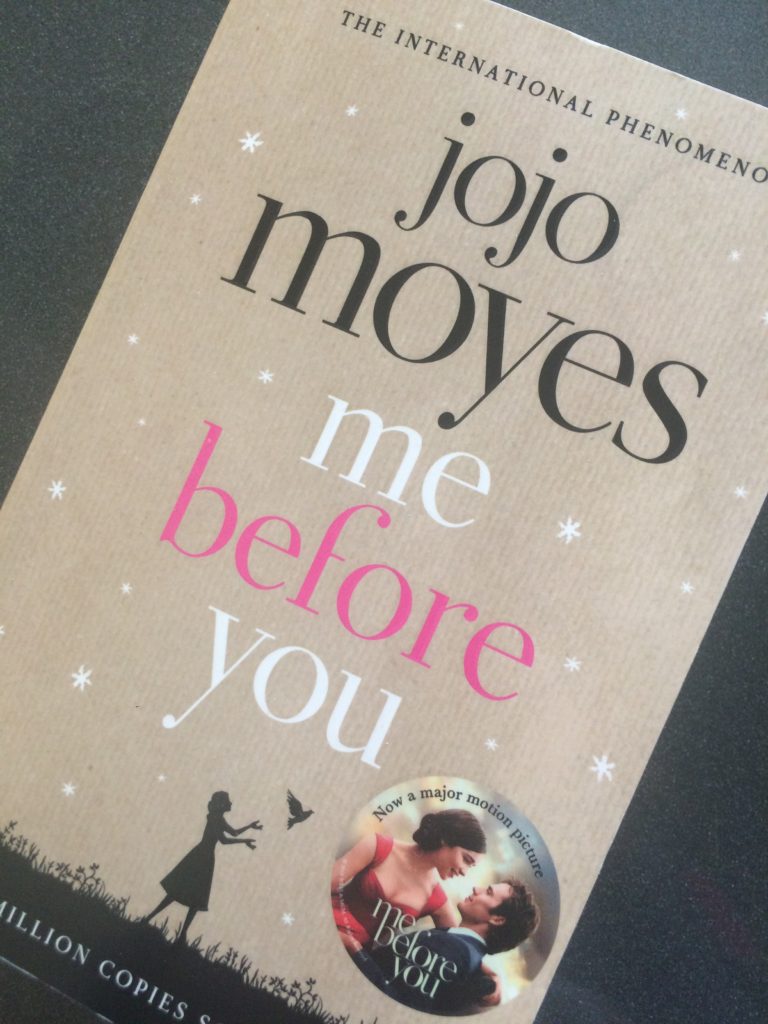