Harry Potter and the Cursed Child by J K Rowling

Harry Potter and the Cursed Child is the much-anticipated eighth Harry Potter story, published just last week. It is actually in script form, as it is the script of the new play which has just opened in London (and which I unfortunately didn’t get tickets for!).

The story begins right where Harry Potter and the Deathly Hallows finished – with a grown up Harry dropping off younger son Albus at Kings Cross for his first day at Hogwarts. Harry and his two best friends are now all related – with Harry married to Ron’s sister, Ginny, and Ron and Hermione married to each other.

Obviously I don’t want to give much away, but the book centres on Albus and revisits several key moments from the whole Harry Potter story. Albus struggles with being Harry Potter’s son and the weight of his father’s legacy. They might be wizards, but Harry is also a normal dad, struggling to understand a teenage son. And I think all parents of teenagers can relate to that!

It is a really good story, which brings these strands together in a coherent, and exciting, way. There’s all of the usual danger and excitement and lots of old characters from the past, plus a smattering of new ones.

Reading the book, I hardly noticed it was in script form as it flowed so well. I did read all of the stage directions as well as the dialogue, so I could get a feel for the action and the setting. With scene changes every few pages, the play must be amazing to watch. And, being Harry Potter, you know there’s going to be quite a bit of magic in those scenes!

Of course it’s a pretty quick read, although the play is actually two plays (around five hours on stage). I didn’t read it as quickly as I would have liked, thanks to the school holidays and demands of kids, but I’d finished it within five days of publication.

The Cursed Child is the fastest-selling book of the decade and fourth fastest-selling book of all time (only beaten by the previous three Harry Potter titles). So is it worth a read? Definitely! Of course, it’s one for the fans, but that’s most people, right? If you’ve read seven books and watched eight films, who is going to resist an updated story?

Now I just need to watch out for more tickets going on sale. Sigh. 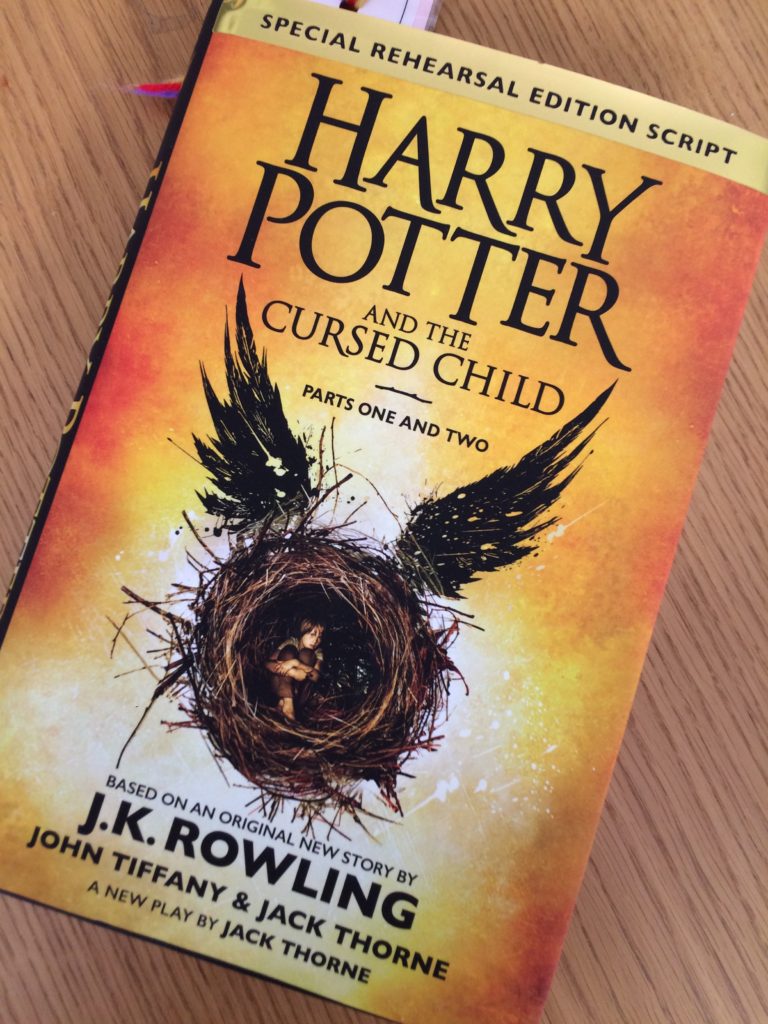