I’m still working my way through Ian Rankin’s Inspector Rebus novels and they just seem to be getting better and better. Why have I never read any of these before?

Strip Jack is the fourth in the series. When the police receive a tip-off about a brothel operating on the ‘right side of town’ in Edinburgh, they find the local MP, Gregor Jack, inside.

When the media camp outside Jack’s home, hoping for political blood, Inspector Rebus tries to get to the bottom of what has really happened. Was it a simple error on Jack’s part, or had he been set up? And, if so, by whom?

His tightly-knit group of friends close ranks to protect him, but it’s not long before Rebus sees the skeletons in the cupboard. And where is Jack’s wife, why didn’t she disown him or support him? And what have some stolen books got to do with everything?

While his superiors are distracted by a local vagrant, who they believe they can pin everything on, Rebus digs a little deeper.

Like all Rebus novels, this moves quickly and has plenty of twists and turns along the way. Rebus has yet another lady friend too – will this one actually last into the fifth novel? No doubt I’ll find out soon enough.

If you want a crime novel that’s entertaining and quick and easy to read, I would definitely recommend Strip Jack.

You can read also my reviews of the previous Rebus novels – Knots and Crosses, Hide and Seek and Tooth and Nail. 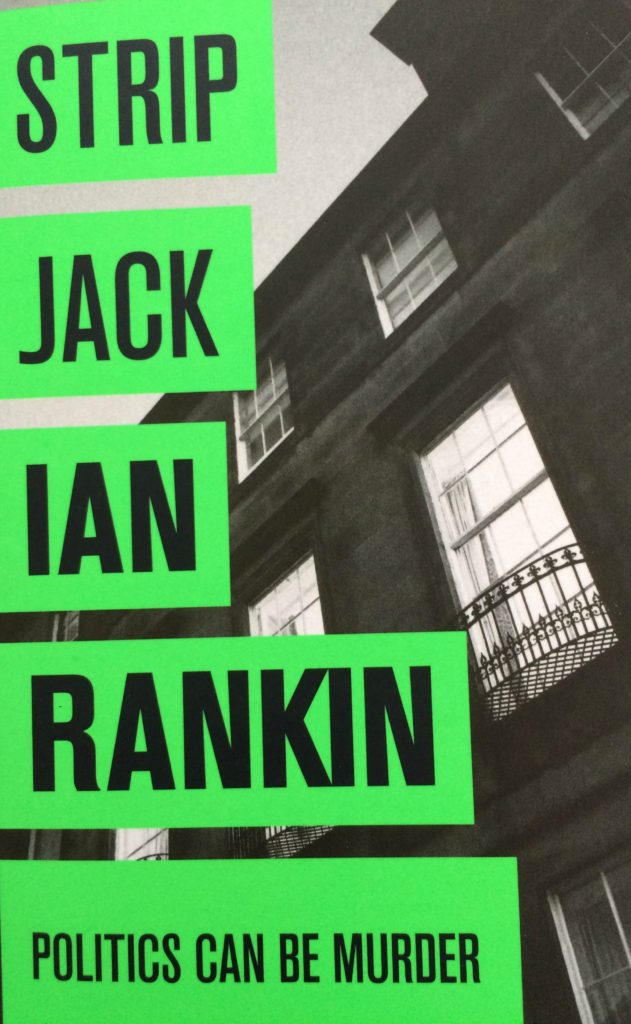