I never used to be a fan of ten-pin bowling. Bowling alleys were just too damn noisy – the music, the arcade machines, the raised voices… But then about 18 months ago a new, smaller bowling alley opened up locally, which was pretty much the opposite of any bowling alley I’d been to before.  We all loved it there, so we started to visit from time to time. We might go twice in a month, then we might not go for three or four months, but it’s become our favourite family treat.

I’m still rubbish at bowling though.

My husband has always been good at bowling, but now he’s been left behind. The boys have caught him up and now one of them has overtaken him in a big way.

A while ago, my younger son got three consecutive strikes. Suddenly, his dad was struggling to keep up.

When we went recently, thanks to a very well-timed discount email from the bowling alley which landed while my eldest was away on his DofE, my son did even better.

His bowling was immaculate. So strong, so accurate. And all without the bumpers, of course. Bumpers are for losers (I totally use bumpers, because without them I’d end up with 0 points). 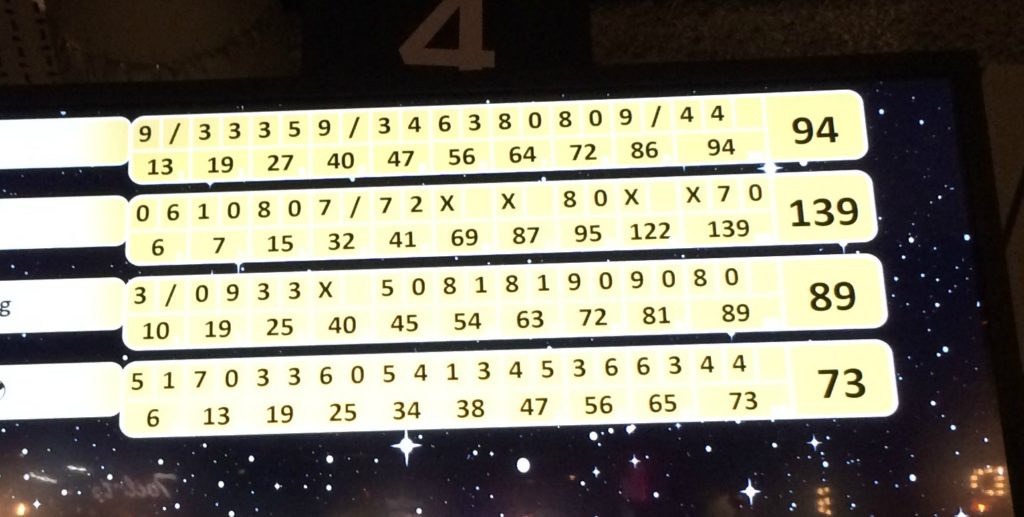 Yes, the lowest score is mine…

He scored four strikes, two of them consecutively. He finished with a fantastic score of 139.

I was stupidly proud to see his name and score up on that board. I couldn’t wipe the smile off my face for the rest of the day. Now he’ll have to go back and see if he can get an even better score… 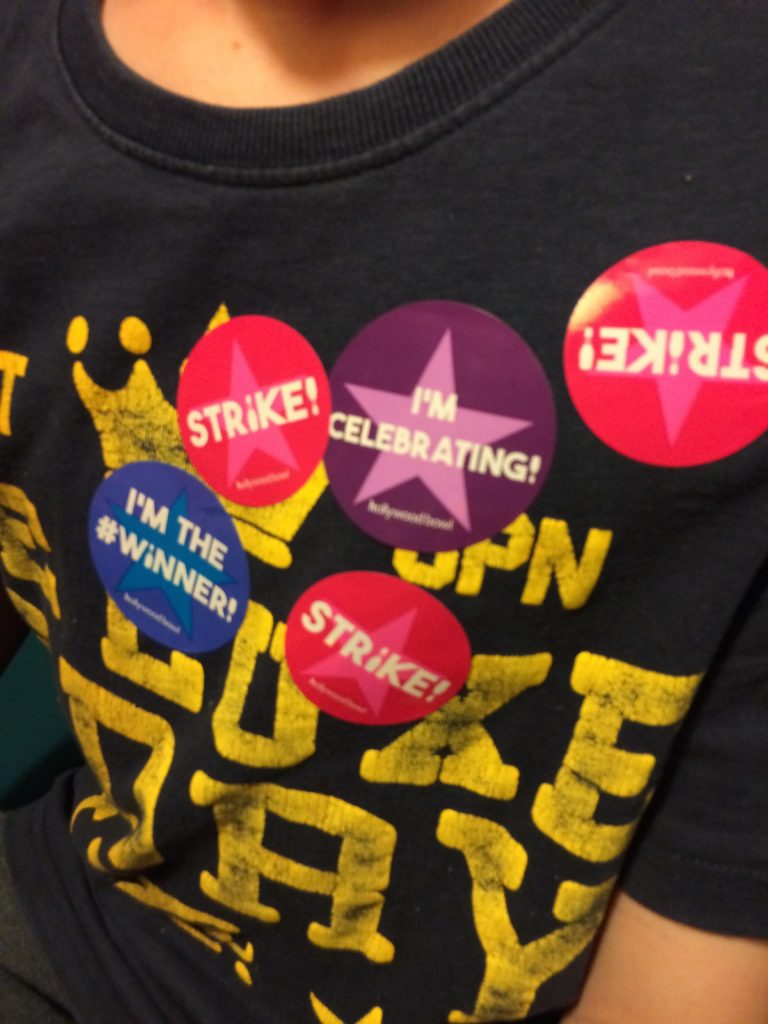 Just a few stickers to celebrate his win…