When my daughter dances, a little bit of flesh above her hips wobbles.

It wasn’t there a few weeks ago.

She’s not eating more and she’s not exercising less. It’s the beginnings of puberty.

I know it’s silly, but I feel sad about it in a number of ways I can barely explain. First and foremost I guess it’s because my little girl won’t be little for much longer. Let’s be honest, she hasn’t been ‘little’ for a while now, but she’s still MY little girl. She’s an unusual mix of mature and young for her age and I like her just the way she is, without hormones and moods and strops.

I worry that she’s noticed the ‘fat’ and is worrying about it. But I don’t want to draw attention to it and potentially upset her in case she hasn’t noticed it.

We’re not negative about fat or flesh or weight in our house. It’s not something to ridicule or be disgusted about it. But the fact is, four of us are slim and one of us (my husband) carries just a little bit of weight. My parents, sister and brother-in-law are all very slim. Carrying a little bit of  weight just isn’t on my kids’ agenda. And I know my daughter doesn’t want to be ‘fat’ because she’s said it before (yes, it’s sad, I know, but I’m sure she’s not alone in that).

We don’t ram messages about healthy eating and healthy weight down their throats, because I believe that is unhealthy in itself. The underlying message we carry with us is that it’s important to be a healthy weight – not too fat and not too thin. Not from a looks point of view or from a getting-teased-at-school point of view, but from a health point of view.

It was probably the right time to talk to her a year ago, but I bottled it. I bought a book on puberty just before Christmas, which I thought would make it easier for me. She was busy doing panto then, so I thought I would leave it until February half-term. But that flew by and she was ill for a couple of days. I would do it at Easter – Easter is two weeks rather than one. But, you guessed it, I didn’t do it then either.

Now the pressure is really on, I need to talk to her in May/ June half-term. We need to get the book out and go through it and I need to give her time to ask questions.

It’s silly, but I’m worried about doing it. She’s my daughter, for goodness’ sake! We talk all the time. How hard can it be? My mum never talked to me about puberty. We were never particularly open about anything like that (although strangely nobody had any issues with nakedness), but I need to pluck up the courage.

Because I don’t want my daughter worrying about her fleshy hips. 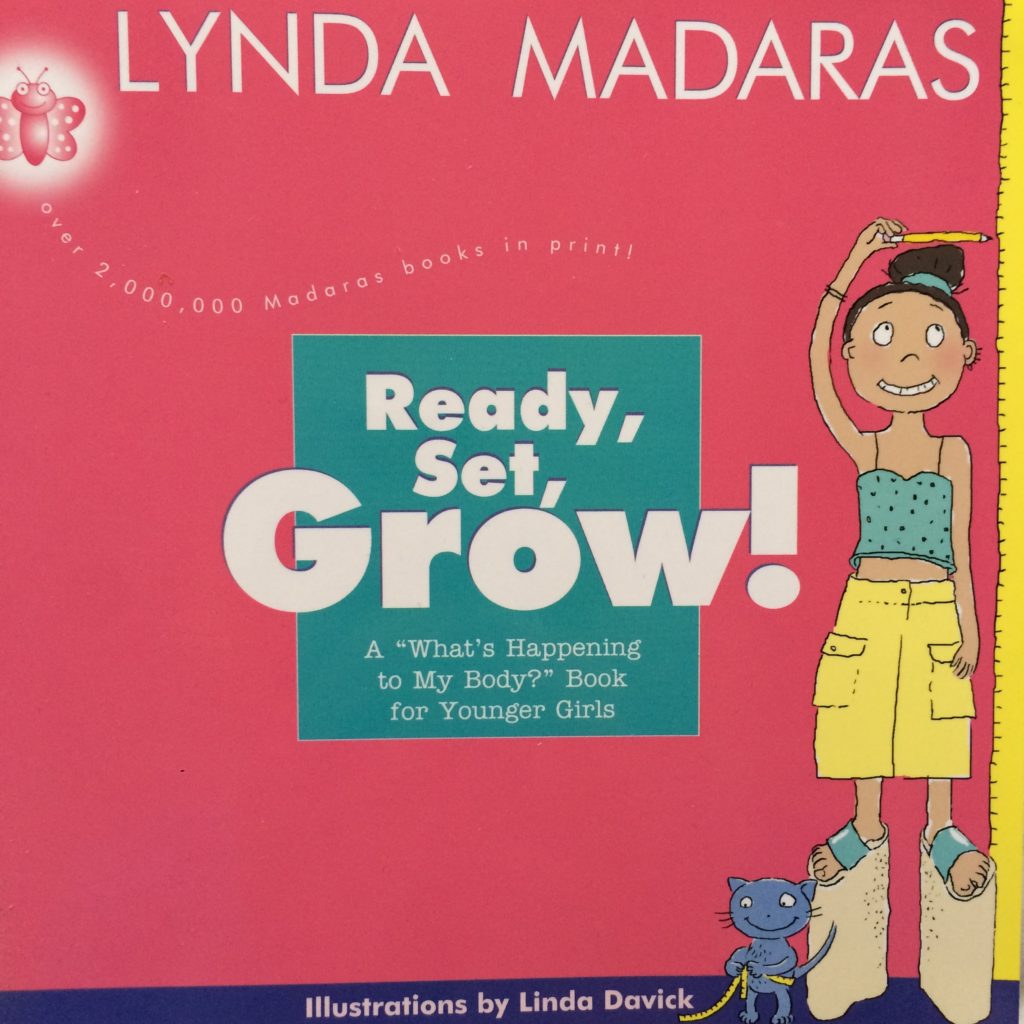