Hollywood Bowl in Cheltenham isn’t new to us. We’ve been a few times before and we always have a good time. So we were very happy when they asked us if we’d like to enjoy a game and a meal there.

The bowling alley has only been open about 18 months and it still feels new and fresh. The decor is funky – a bit retro and a bit modern. Everyone wants to eat in the American car in the dining area! 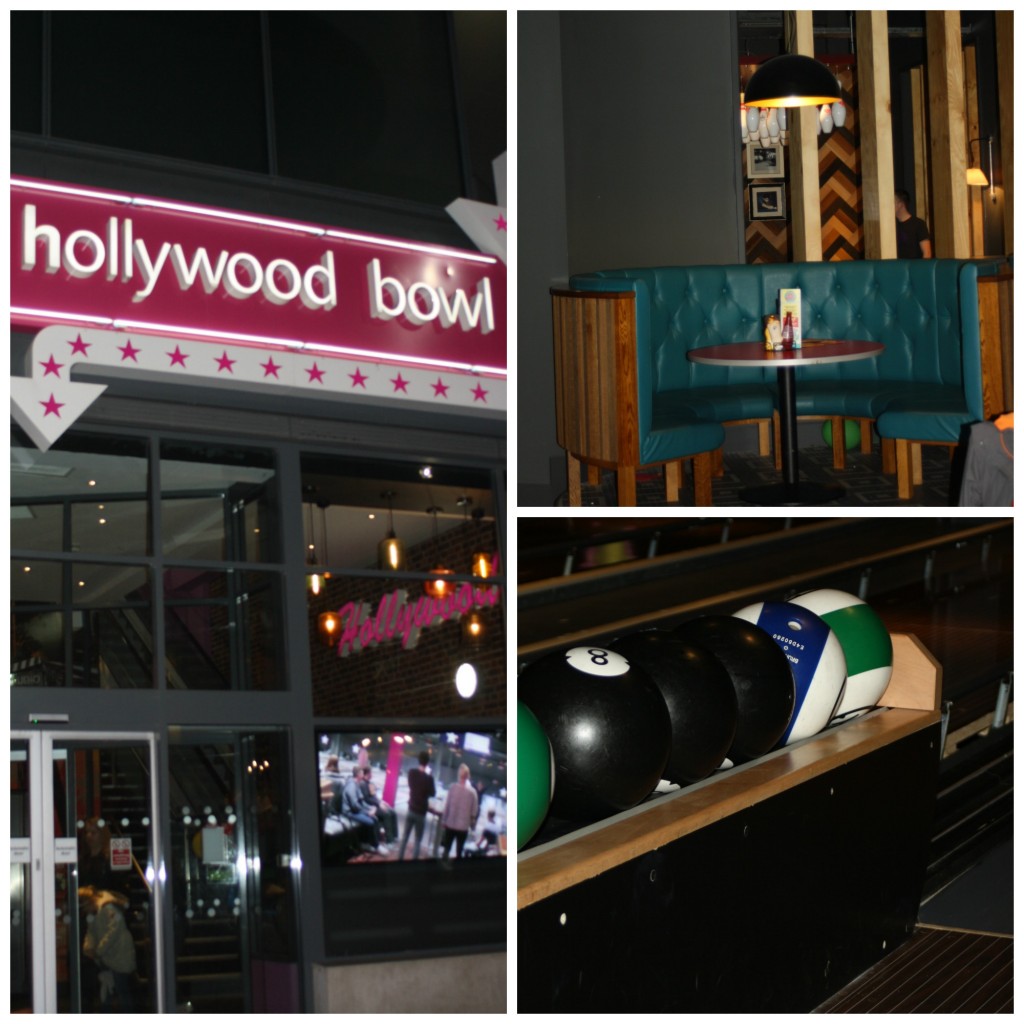 We went to Hollywood Bowl at teatime on a Saturday, where we were welcomed by friendly and helpful staff. The lanes were all busy, but everywhere was clean and tidy.

I like the fact that, unless you’re wearing high heels or something else totally unsuitable, you don’t have to change your shoes to bowl. Who wants to put on shoes that hundreds of other people have worn, even if they have been sprayed every time?

The five of us played one game. The lanes have comfy seating with plenty of space for everyone to sit down. You set up the lane to suit your group – so some group members can have the bumpers up, but others can have them down. You can call a staff member if you want to order drinks at your lane.

Whenever anyone gets a strike or a spare, the friendly staff pop over to hand out stickers – to adults as well as children. 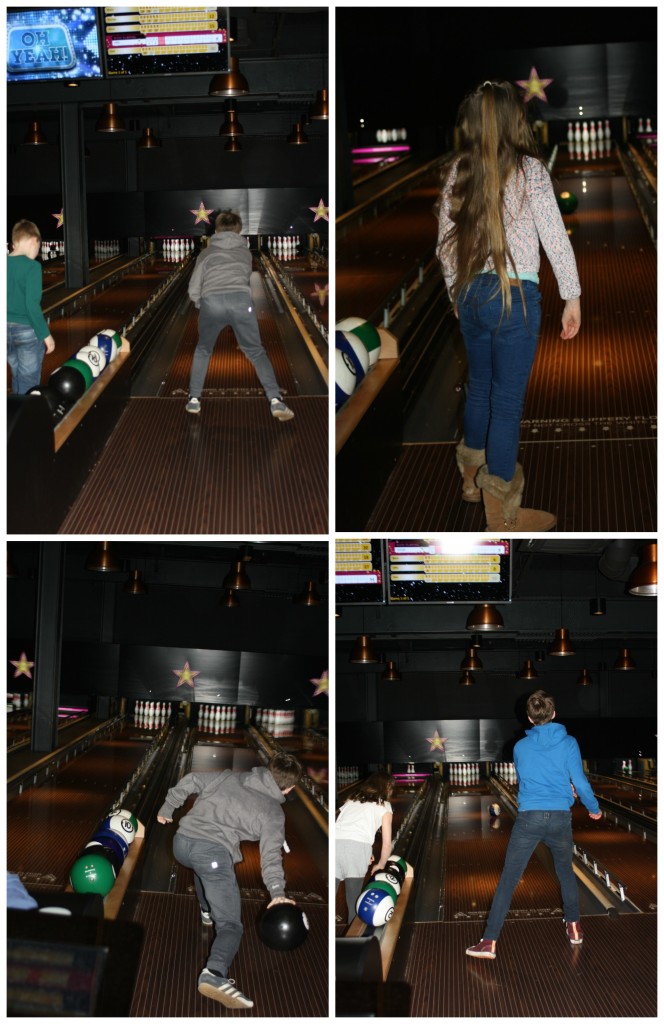 We enjoyed our game, which my husband (predictably) won with an impressive score of 142. Usually one or other of my boys would be second, with the other not far behind, but instead my daughter and I drew for second with 91 points each. Not bad for an old bird with no co-ordination and a 9 year old! My younger son came in fourth with 73, with my eldest bringing up the rear with 64.

After our game, we all enjoyed a meal. The menu consists mainly of burgers, with a choice of beef, chicken or veggie at £7.99, with a selection of toppings. Kids’ meals are £4.29, with a choice of hot dog, chicken nuggets, burger or macaroni cheese.

My husband and younger son both chose a beef burger, with my husband opting for the Grand Canyon topping and my younger son choosing a pulled pork topping. My eldest and I both had veggie burgers and my daughter had a children’s burger meal. All of the meals were a very good size, including the children’s meal. The boys thought there were too many toppings on their burgers (they’re both fussy) and in retrospect my younger son would have been fine with a children’s meal. My husband said his burger was one of the best he’d ever tasted! The fries were delicious too – cooked with the skins still on. I wouldn’t have been disappointed with my burger in a restaurant. 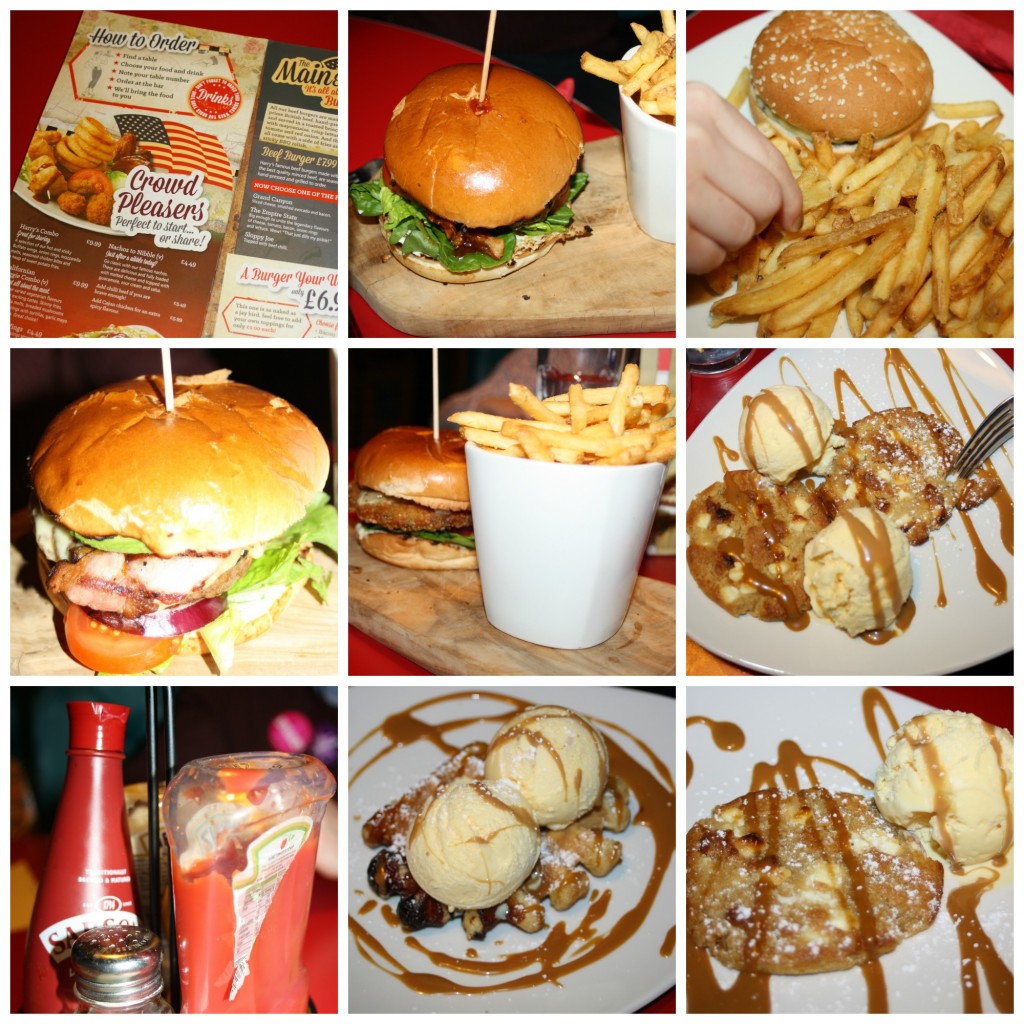 We weren’t going to have puddings, but the kids had other ideas! My daughter had the Chunky Chip Cookie Bomb off the children’s menu for £1.99 and my eldest had the same thing off the adult’s menu, with twice the quantity, for £2.49. My younger son went for waffles, at £3.29. I have rarely seen my kids look as happy as when they were eating those desserts! My younger son said: ‘It’s the best thing I’ve ever tasted!’. Praise indeed!

Toilets are clean and plentiful, which is always a bonus wherever we go.

We had a really good trip to Hollywood Bowl in Cheltenham and were impressed with the whole experience, from the friendly and helpful staff to the tasty food and the quirky decor. If you’re in the area, it’s well worth a visit!

We were given one game and a meal at Hollywood Bowl for the purposes of this review. All opinions are our own. 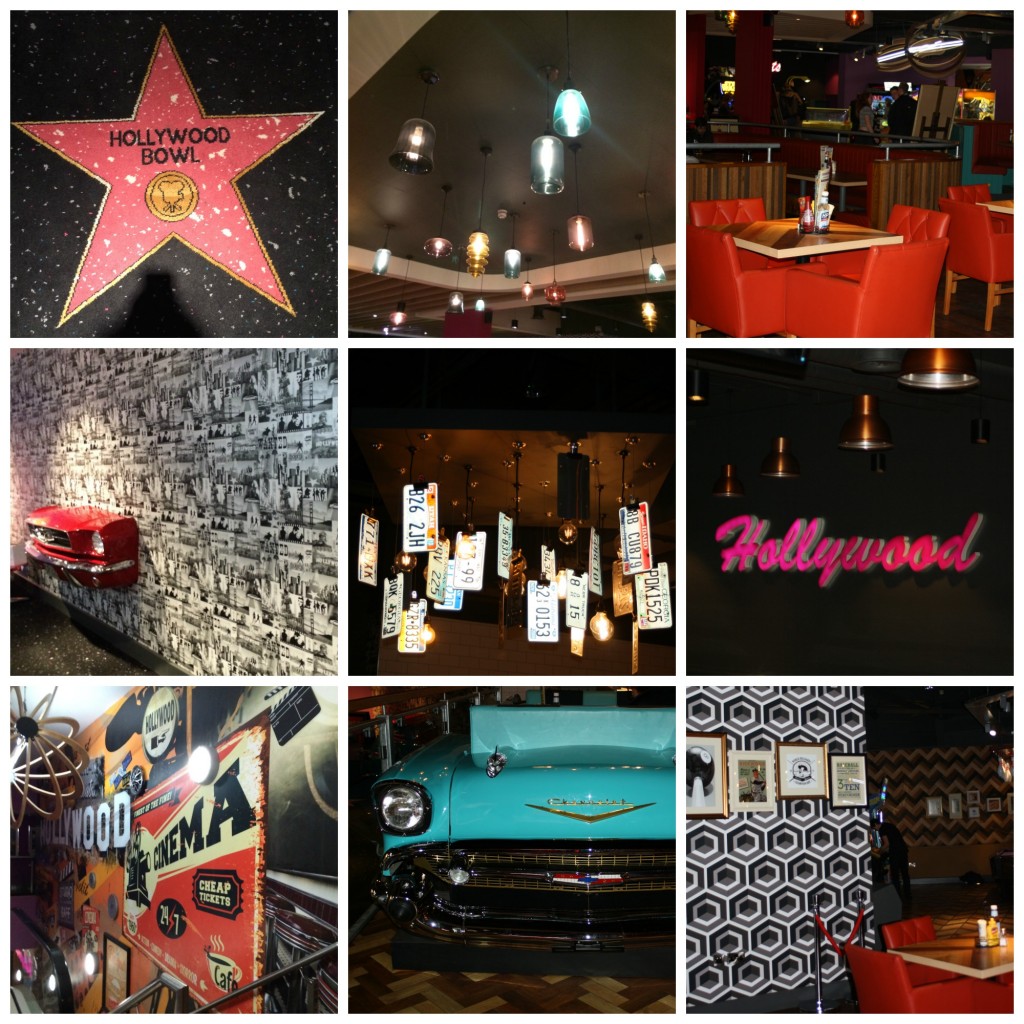