Warning – this contains spoilers to The Hunger Games and Catching Fire, but not to Mockinjay itself.

After reading and enjoying both The Hunger Games and Catching Fire, I had to carry straight on and complete the trilogy by reading Mockingjay.

Against all odds, Katniss Everdeen has survived the Hunger Games twice. But she’s still not safe. She soon realises a revolution has been happening and everyone has played a part in making it happen, apart from her. District 12 has been destroyed and rebels from across are starting a new life, while planning to overthrow the Capitol.

But the rebels have big plans for Katniss. She must become the Mockingjay – the symbol of the rebellion. Will Katniss and her friends and family survive?

Mockingjay is another page turner from Suzanne Collins. The story unfolds quickly and the body count is high. Characters from the previous two books are back, playing key roles in the rebellion and the plot twists and turns right until the very end. Gale and Peeta are still there – will Katniss choose Gale, Peeta or neither of them?

I enjoyed this more than Catching Fire and the ending was a very satisfactory one. I even shed a few tears. For me, it still doesn’t top The Hunger Games itself, which I thought was a truly stunning read. 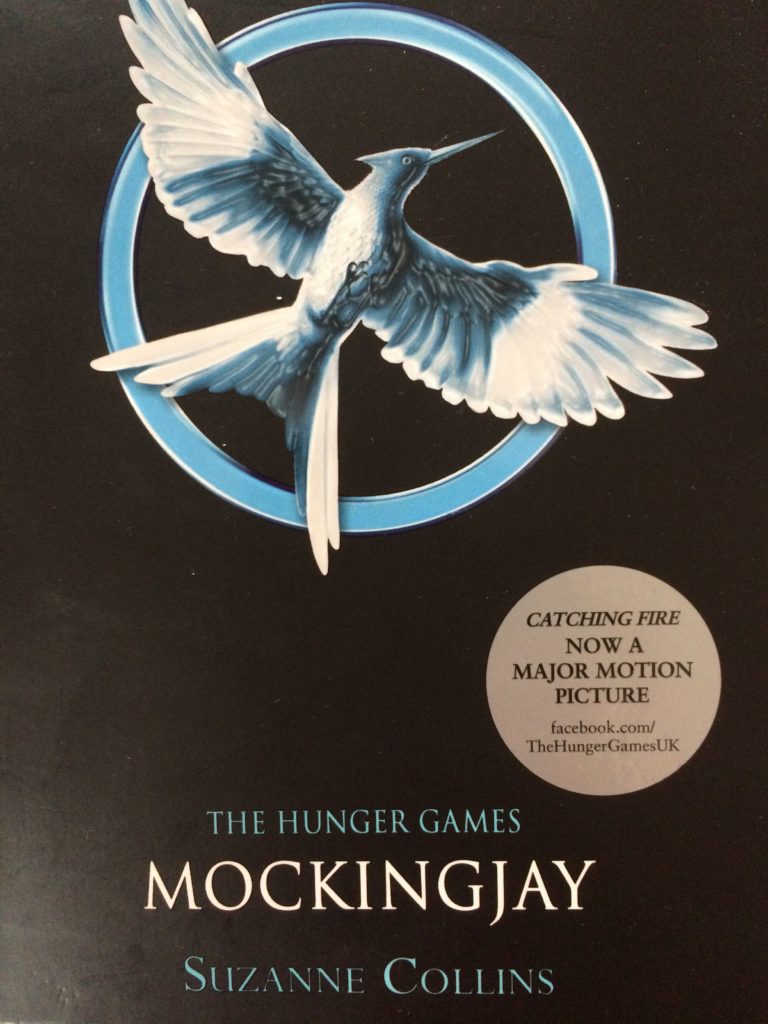