Acne, rosacea and Roaccutane – what next?

Home » Uncategorized » Acne, rosacea and Roaccutane – what next?

A few weeks ago, I freaked out because I thought my skin was going downhill again. Anyone who’s read my blog in the past will know just how far downhill my skin went last year – to the point where I barely looked human (and I’m not even exaggerating). You can understand why I would freak out.

I’m off the Roaccutane now, having come off it gradually over the last few months. Before I was even off it, I was getting the occasional spot, having had completely clear skin for about three months. One night I went to bed with one spot and woke up with four. That’s when I panicked. Because I’ve seen this before and I know just how rapidly my skin can go downhill from there. So I made an appointment with the dermatologist. And had a really long wait before I actually got to see him.

Luckily, my skin didn’t get any worse in that time.

It was interesting to see my dermatologist now my skin is clear. He totally understands my fears. Now it’s clear, he admits he was genuinely worried that it would never be right. Him, a skin expert, was seeing something very rare and wasn’t sure that it would ever get better. At the time, of course, he reassured me that he would get it right. I would have given anything to turn the clock back, to never have gone on Roaccutane.

He says I’m now at the dangerous time. It COULD still go wrong again (although hopefully not as wrong as before). I’m off the Roaccutane and for some people this is when the spots do start to come back (for most it is a complete cure or at least a cure for 10 years or so).

He’s warned me that there are a lot of triggers for rosacea, which could cause a flare-up – sun, heat, cold, wind, spicy foods, stress, dairy… That’s a lot of stuff which is pretty much impossible to avoid (although the only dairy I have is cheese).

If the spots do come back, he’s given me a plan. And thankfully I don’t have to wait six weeks for an appointment. I have a prescription for the nasty antibiotics which will make it almost instantly better if it starts to go wrong. They will also make me feel sick, but two doses a day should be OK, rather than three. I can also email a photo of myself and he can just write me a prescription for Roaccutane and I can go straight back on it without even having to see him.

He says it’s probably all three and the only way to properly get rid of it is through expensive laser surgery. I expected that was the case and it’s not something I’m willing to put myself through. He thinks it probably would have come on as I cut down my doses of Roaccutane. Roaccutane shrinks the sweat glands in the forehead and they seem to have grown again – giving the odd texture. Going back on it could possibly shrink them again.

For some people, the only way to keep the spots at bay is a low dose of Roaccutane for many years (about 5mg, my dose was 20 and some people have as high as 40). If that’s what it takes, then that’s what I’ll have to do!

So I’m feeling reassured that if things go wrong, the support will still be available. But I’m hopeful things won’t go wrong. Watch this space! 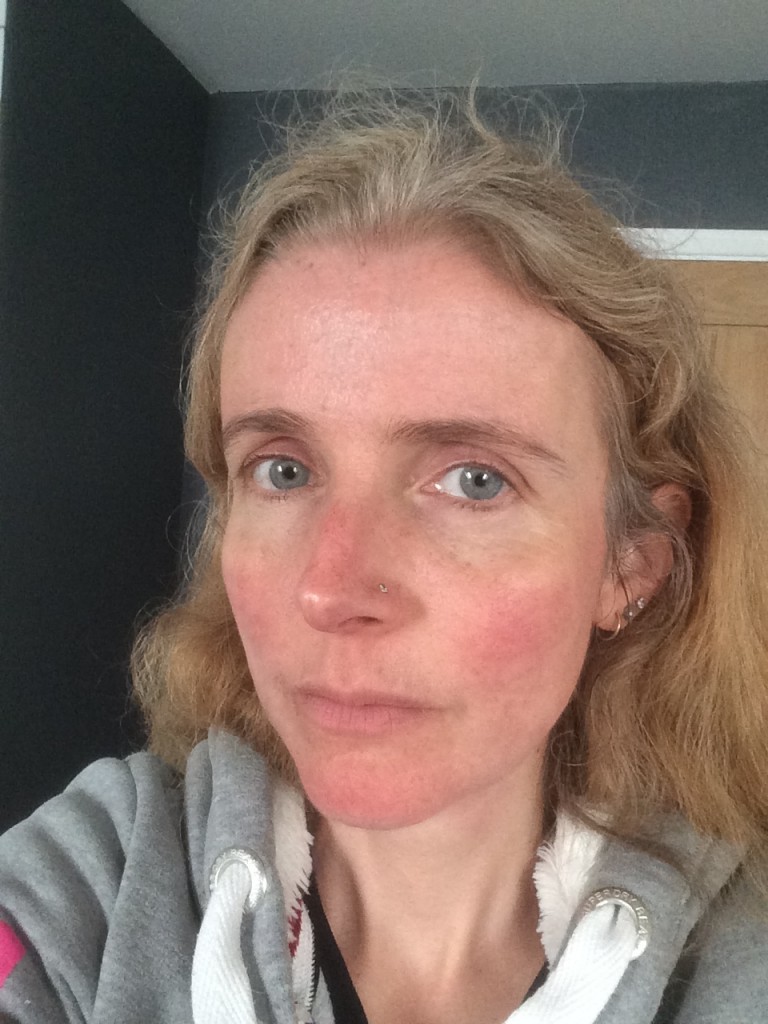