One of the absolute highlights of the early part of the year has to be Young Voices – the huge concert series which primary school kids from all over Britain, and further afield, take part in every year.

This was my daughter’s third time and neither she, nor I, was any less excited than we were first time around, two years ago. 2016 also marked the 20th anniversary of Young Voices, which started out with one concert in Dublin performed by 3,500 children. This year, 130,000 children are taking part, in eight cities around the world.

Schools get the music in September and choirs practise their songs (and there are a lot of them!), as well as dance moves, ready for Young Voices in January. It’s actually a pretty tall order as they only have one term to perfect it. And our school only has one 45 minute choir practise a week.

Last year, I got used to my daughter singing her Young Voices songs for weeks before the concert. I knew those songs as well as she did. This year, she lost November and December to the panto, so she had some serious catching up to do. Luckily she is a fast learner. She crammed all the songs in the weekend before the concert, singing for hours until she’d got them nailed. I suspect that she knew them better than most of the kids who had been going to choir all along.

Young Voices is a long day for kids, but it’s so much fun they don’t even care! Following a final practise at school, they travelled to the Genting Arena at Birmingham NEC after lunch to rehearse with all of the other schools and professionals, ready for the performance at 7pm.

Last year, we made the terrible error of not taking binoculars. It took us ages to even find where the school was sitting and it was so difficult to see our daughter. It slightly took the shine off things. This year, we were prepared with binoculars, but we hardly needed them. We had brilliant seats on the floor, rather than up high, and the kids were in front of us. Yes, my daughter was mainly obscured by a tall girl from year 6, but we could see pretty clearly on the whole. As an added bonus, I could also see my brother-in-law, who was there with his school and must have warranted the award for most enthusiastic teacher in the building. It was great that, with over 6,000 children there, my daughter was able to see her uncle and chat to him during the day.

The concert kicked off with over 6,000 kids singing a medley of songs about transport. One of the great things about Young Voices is the way it introduces them to some old songs, which they would probably never hear otherwise, combining them with their favourites from recent years. 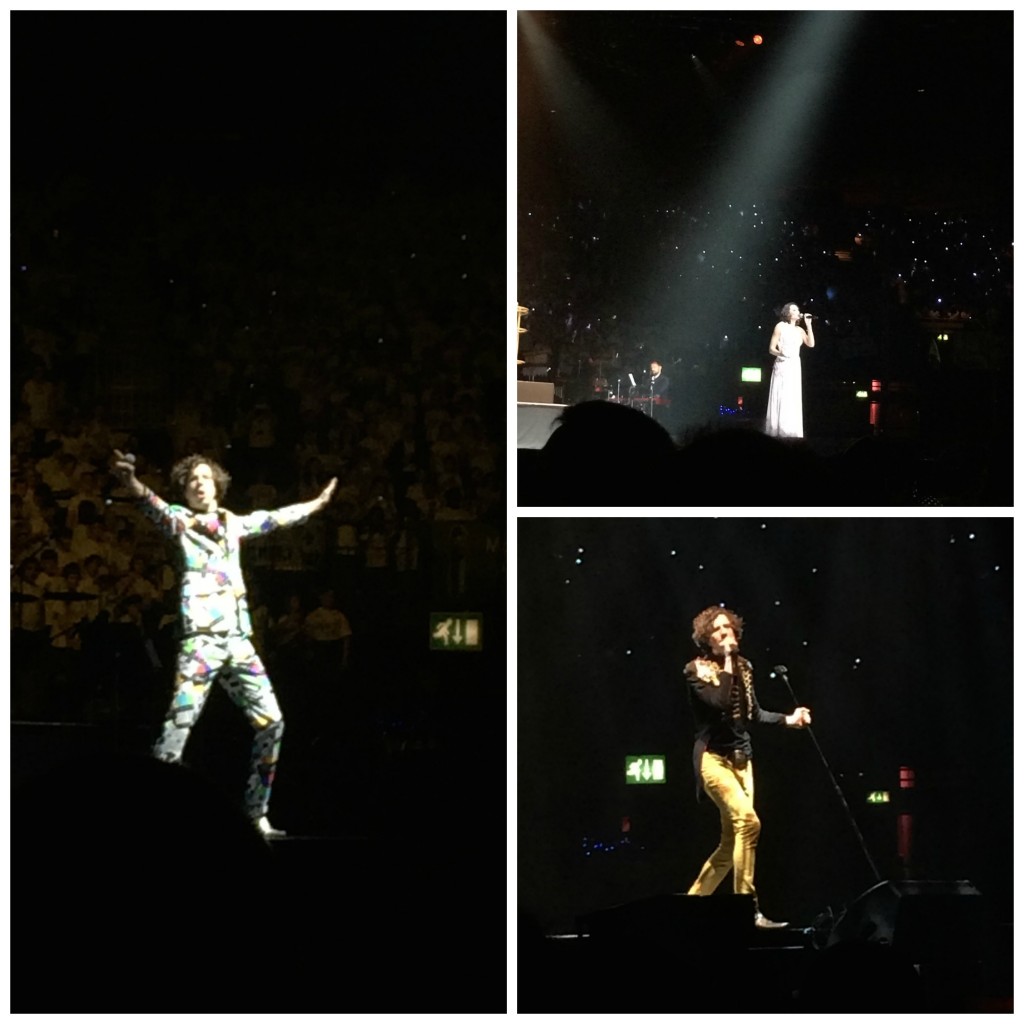 Young Voices isn’t just about the children singing, although that is what the thousands of parents are there for, it’s also about introducing children to live music and dance in different genres. For most kids of this age, Young Voices will be their first experience of live music – and what an experience!

We had the pleasure of watching The Beatbox Collective, who take beatboxing to the extreme and combine it with mime, dance and comedy. They were brilliant! There was dance from Urban Strides, a street dance group, and performances from two singers – Laura Wright and Tom Billington. Laura Wright is a soprano who has performed at a lot of sporting events, including the opening of the Rugby World Cup. She sang the RWC song, World in Union, beautifully at Young Voices, accompanied by the children. Tom Billington is a frontman who has supported The Killers, and performs in a variety of styles. Accompanied by the kids, he performed Video Killed the Radio Star, one of the first songs I remember from childhood, and Somebody to Love (I LOVE a Queen song!), which he performed very convincingly. Very few people can do credit to a Freddie Mercury song. As he performed his own single, Hyper, I was thinking about how much he must have been influenced by David Bowie. Then, in an addition to the programme, in memory of David Bowie, he performed a fantastic Life on Mars. 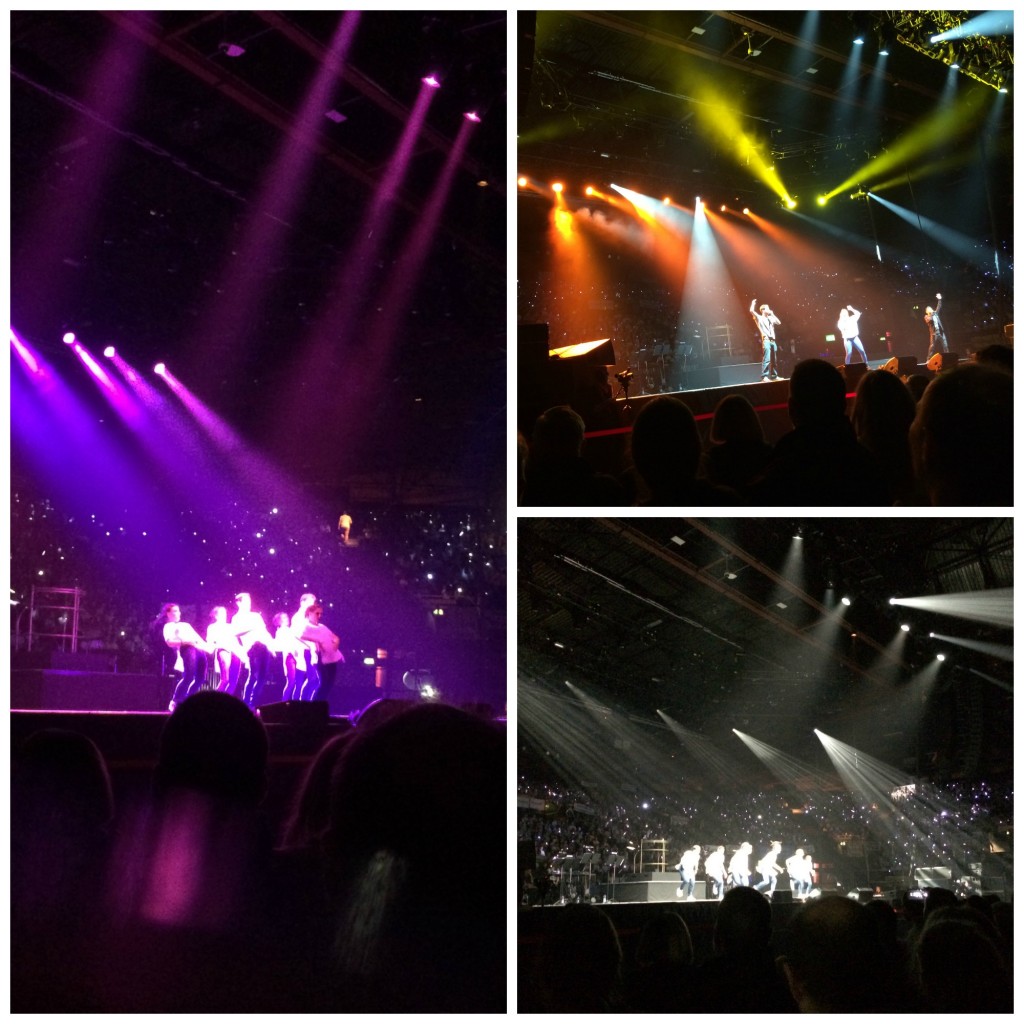 It is amazing for the kids to experience all of this stuff. They cheer wildly and love singing along.

But, for the parents, the best bits are always about the kids. And when you can see your own child singing, dancing and smiling, it’s the best feeling you’re going to get during the most miserable month of the year.

As well as providing backing vocals to the professionals, the huge choir had a fair few numbers of their own – after the transport medley, there was a song specially written for Young Voices by kids – Get Loud. Then there was a gospel medley and The Lightning Tree. A highlight for the parents and teachers was definitely the Madness Medley, which included all of their biggest hits. The concert rounded off, as ever, with the kids’ absolute favourite – saving the best till last with the Pop Medley – Jess Glynne, Ed Sheeran, George Ezra and (unfortunately) Everything is Awesome.

I was so proud of my daughter for learning her words so quickly, singing her heart out, dancing and having so much fun. I have huge respect for the teachers for taking the time to teach them and spending such a long day with them. But it’s completely worth it!

If ever your kids get the chance to take part in Young Voices, encourage them to go for it. Even kids who aren’t that keen on singing will have a fantastic experience. 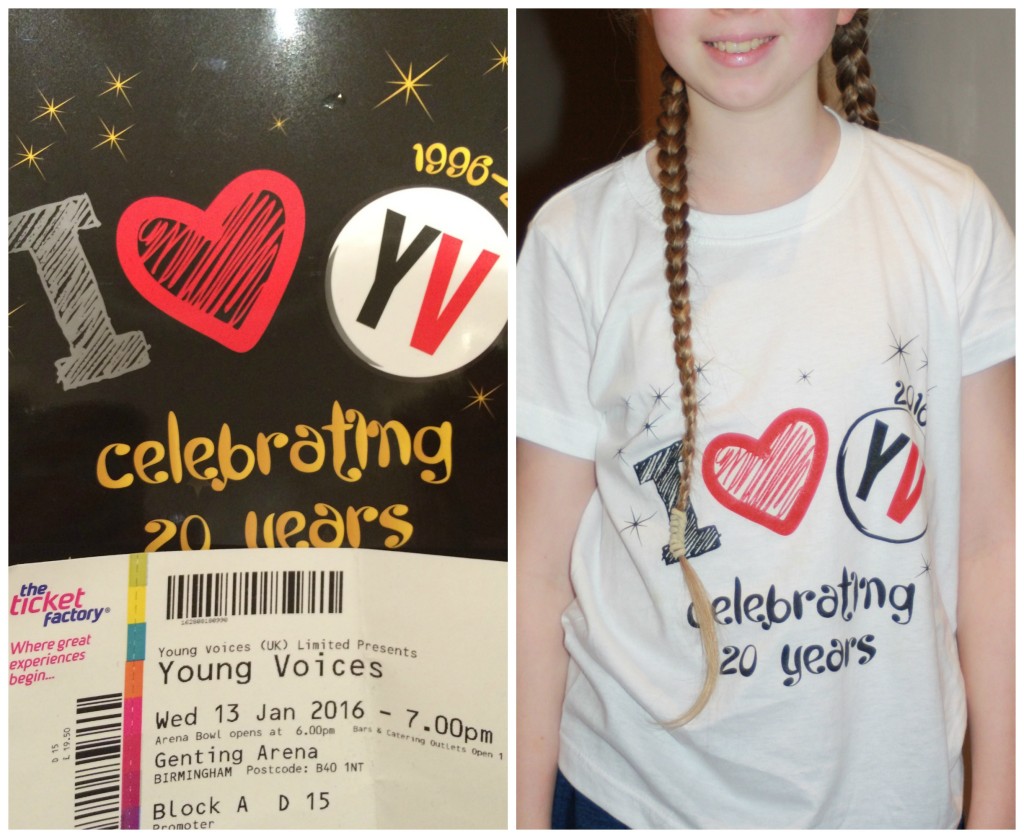