The panto and the meal plan

Home » Family » The panto and the meal plan

We don’t do meal planning. I know it’s a good thing, but we just don’t do it. I have three fussy eaters, all fussy in different ways, two vegetarians and an awful lot of extra-curricular activities to deal with. It makes midweek meals a bit of a minefield. (We do eat home cooked food and eat together at weekends though.)

Although we don’t have a meal plan, we are creatures of habit, so our weekdays look something like this:

(I usually cook myself stir fried vegetables and noodles, which are quick, vegetarian and healthy. Sadly the kids don’t like them as they would be very welcome to join me!)

During the first week of panto rehearsals, meals went even further downhill. Sometimes the boys waited for me to get home, but mainly they fended for themselves with pasta or beans on toast. Some days it would get to 5.30pm, I would be waiting for my daughter and I would realise I hadn’t even discussed with them what they were going to eat.

So my husband came up with a solution – a meal plan!

I was looking forward to seeing what he came up with. I was hoping to see a properly written plan, with the days of the week and exactly what we were going to eat. Obviously they would need to be things that could be prepared really quickly.

I’m sure he would have taken into account additional factors like Scouts and Explorers. Not to mention that my son had rehearsals for  the school musical all week (yes, really – two kids with rehearsals!) and we would be getting home EVEN LATER.

What we actually got was some Cornish pasties, some fish to go in the oven (takes longer than fish fingers and is actually no healthier), some chips to go in the oven, some microwave jacket potatoes and some chicken. 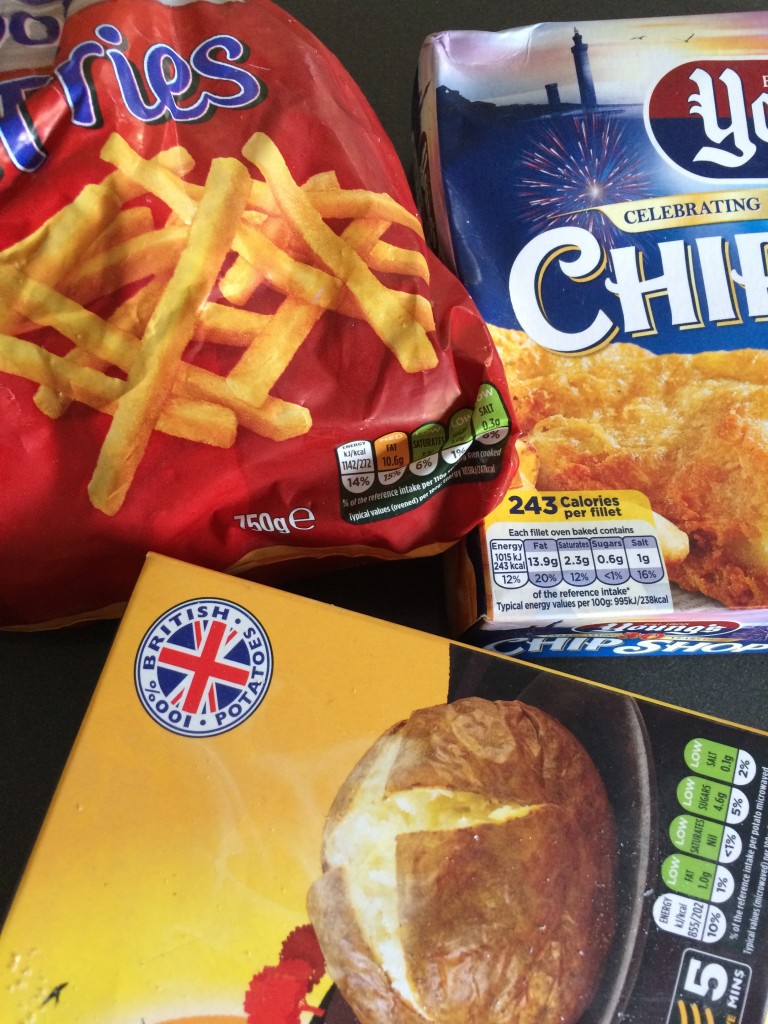 So who was going to cook this stuff? And when? Was I going to do it when I got in at 6.40? By the time I’d warmed up the oven and cooked pasties it would take nearly an hour. Considerably longer than our usual staples. And not even any healthier!

And what would happen on Scout and Explorer days? Needless to say, this hadn’t even been considered.

So this is what actually happened… I have to say I was very impressed!

The meal plan worked remarkably well. It was great not worrying about what the boys were eating and whether we had any food in the house to pull a meal together while I was waiting for my daughter.

It worked well because my husband was making an effort to get home a bit earlier and cook. It would be brilliant if we could keep this up in the future, but the reality is he works too late and I’m aways driving around taking my daughter to dance lessons. Sadly, there isn’t time to cook this stuff. But even if we could manage it once or twice a week, it would be an improvement.

How do other families with lots of after-school activities cope with cooking?