Roaccutane: Not counting my chickens

For a couple of months now, friends and family have been saying to me: ‘Your skin looks a lot better’. 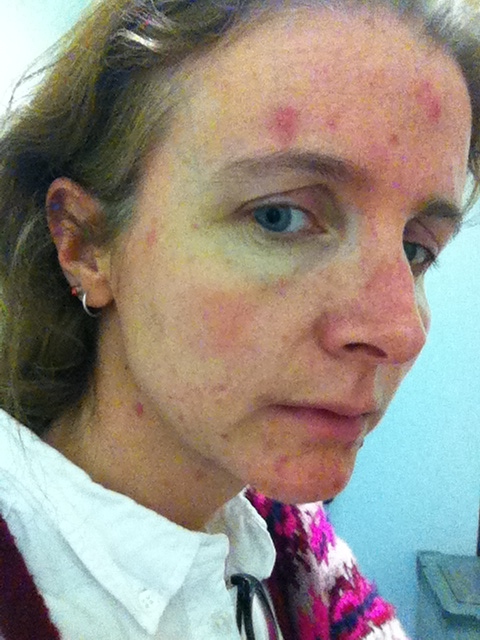 This picture is the start of my journey. It was taken on 24th February 2014 and I kept it as a reminder to myself to never let my skin get that bad again. At that point, this was some of the worst acne I’d ever suffered.

I look back at that picture now and I think ‘if only’. If only I’d left well alone. I would give almost anything to have that skin back. Not only were there significantly less spots, but my skin was paler and younger looking than it has been over the last few months.

But still people kept saying it: ‘Your skin looks a lot better’.

But I wasn’t counting my chickens. I wasn’t prepared to believe it.

Because I’ve been here before. My skin got better, then it got a whole lot worse. Not just once, but twice – in February and May this year. I don’t dare hope that it’s really getting better for good this time. I’m non-committal because I’m just waiting for it all to go wrong again. 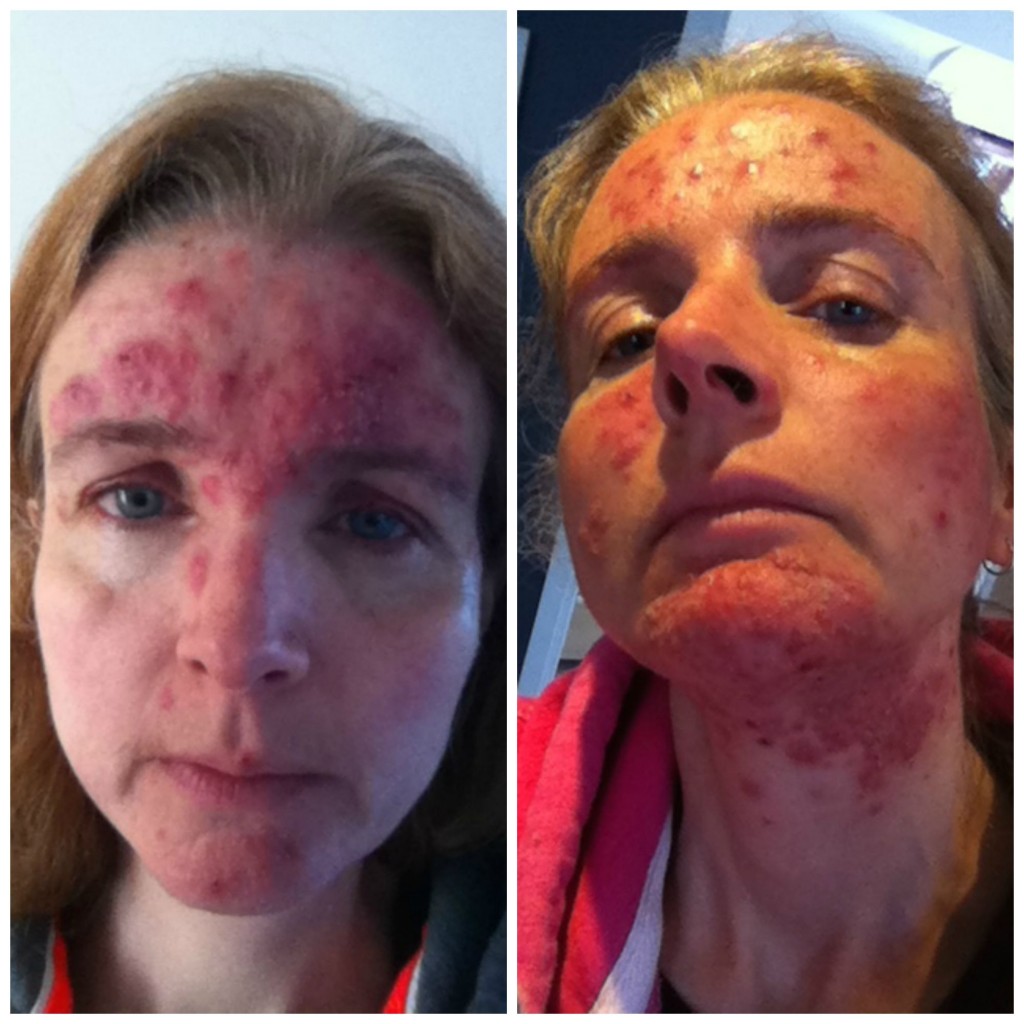 A month ago, I came off the antibiotics I’d been on for most of the year – to get rid of the worst of my horrific flare-ups and to prevent whatever problem caused everything to spiral out of control from returning. And there was a blip. Just a small one. But my skin definitely got worse for a few days. I started to worry. Should I go back to the dermatologist? Could I go back on the antibiotics? 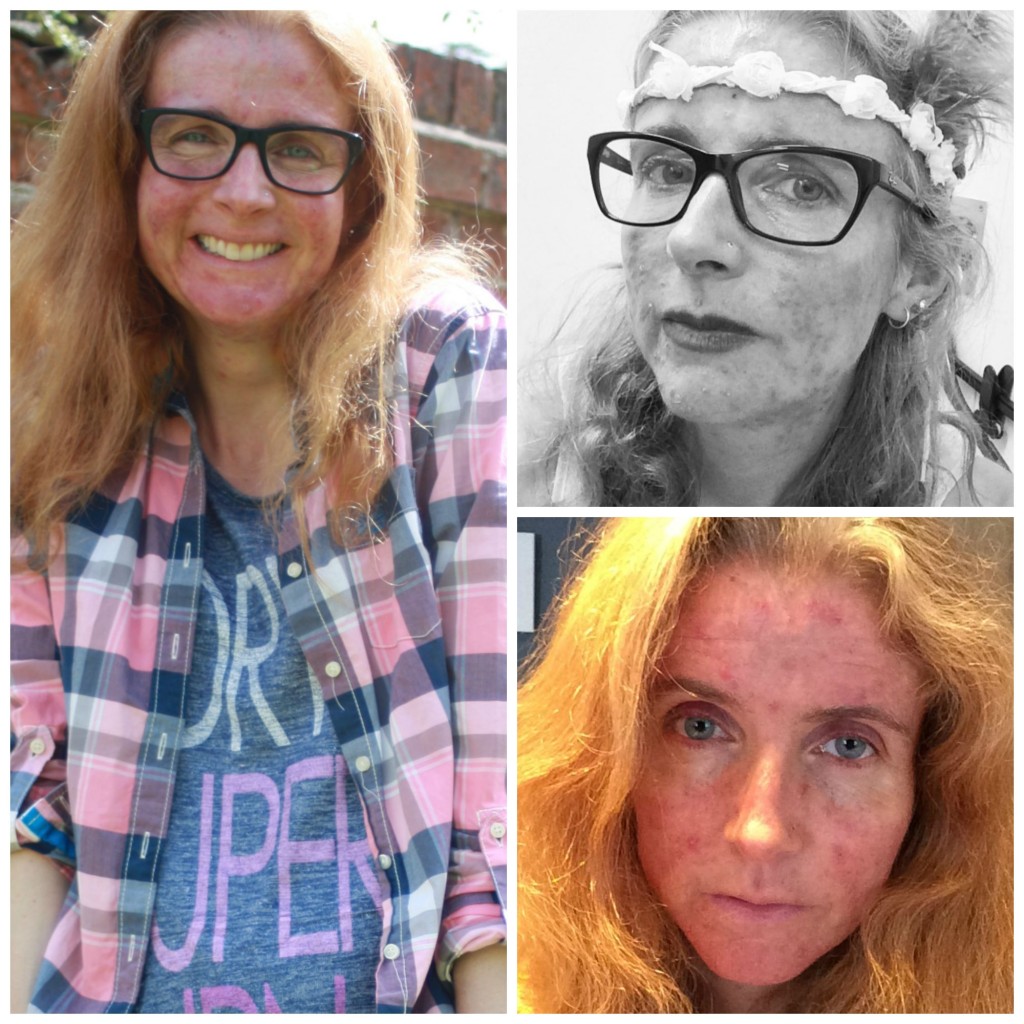 I’m actually terrified of everything going wrong again. And that’s why I’ll never say: ‘Yes, isn’t it great?’ when someone comments on how good my skin is looking.

When my boys got back from their big Scout camp, they kept asking if I had make-up on. Why? I don’t ever wear make-up and they know that. It took me a couple of days to realise – my skin looked so good they assumed I’d covered it up!

Even I now realise my skin is very nearly there.

Not perfect, but not wrong. Very, very nearly normal. And (at last!) way better than it was in February last year.

But I’m still not counting my chickens. 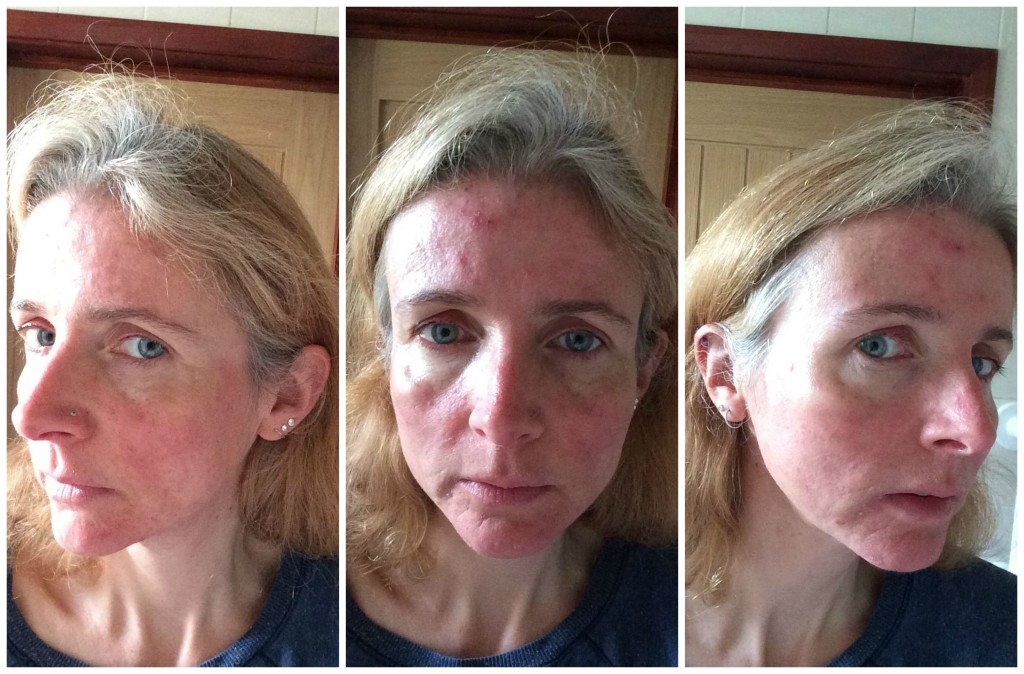