I had no idea how long it would take to transform a bathroom. I guessed about three or four weeks. If you’d told me it would be seven weeks from work starting to me having my first shower, I would have been VERY upset.

I hadn’t really considered what was involved in a new bathroom – ripping the old stuff out, plumbing, electrics, tiling the walls and the floor and FINALLY, putting the new stuff in. I also hadn’t considered that our bathroom was being done by one man working alone. He did it all – removed everything, then did the plumbing, the tiling, the plastering and some carpentry. The only thing he needed help with was the electrics. And he only worked weekends. He did an amazing job and it was brilliant to see the transformation every week, but sometimes it felt like I was being dangled a carrot I would never get to.

Because in the meantime I was showering, along with the rest of my family, in the ensuite. In the world’s most boiling hot shower. Ooh, but I like a nice, hot shower, I hear you say. Believe me, so do I. But this is not a NICE, hot shower. This is the shower of Satan. It burns red marks down your body, it feels like your scalp is going to blister. It’s only saving grace in this sense was it let out so little water it (probably) couldn’t actually scald you. For the first two weeks I only showered on alternate days and I refused to condition my hair. My daughter took to showering once a week. At Grandma’s house.

Ever since I moved house, people have been asking for before and after photos, so, ladies and gentlemen, I present to you the transformation of our bathroom 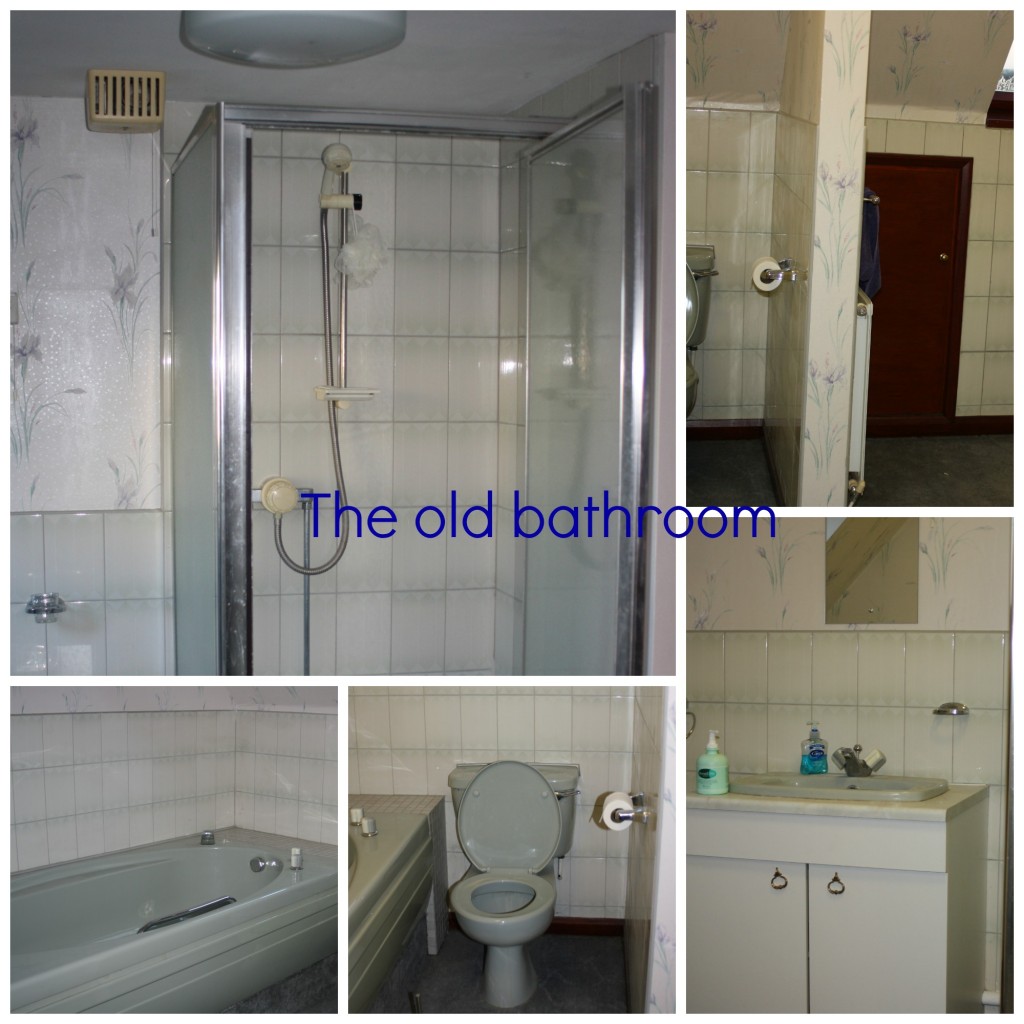 The bathroom is big. Stupidly and pointlessly big. I think we could fit both of the younger kids’ bedrooms inside it. And it has a weird little half wall up the middle of it. We wanted to knock it out, but it turns out it was structural. Thanks to my friend who suggested we make it wider (so the bathroom was actually symmetrical and make a feature of it with a mirror. It was also my friend who suggested we put the sink under the window rather than in its original position next to the shower. It looks fab there, but it does mean we can see into her house when we clean our teeth (and that she might be able to see us in the shower). Must learn to close the blinds… 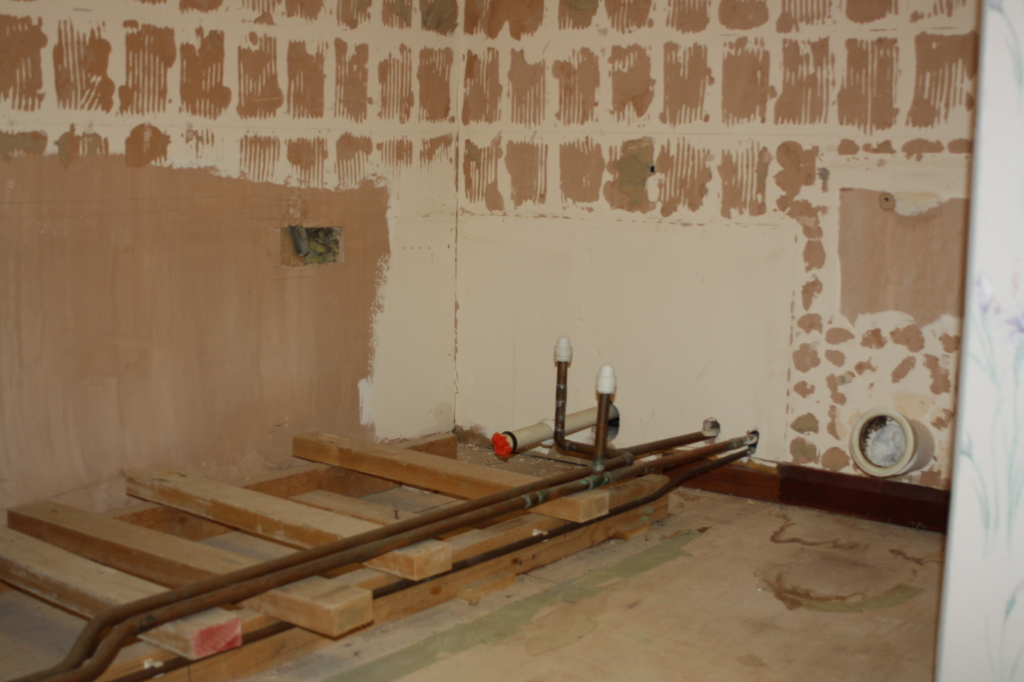 My husband chose the white ‘metro’ tiles and I think they look great, but I must admit I had a slight wobble when I saw the bathroom all tiled. I wondered if it was too stark, cold and clinical. But once the shower and sink were in, breaking up the vast expanse of tiles, I knew it was right. 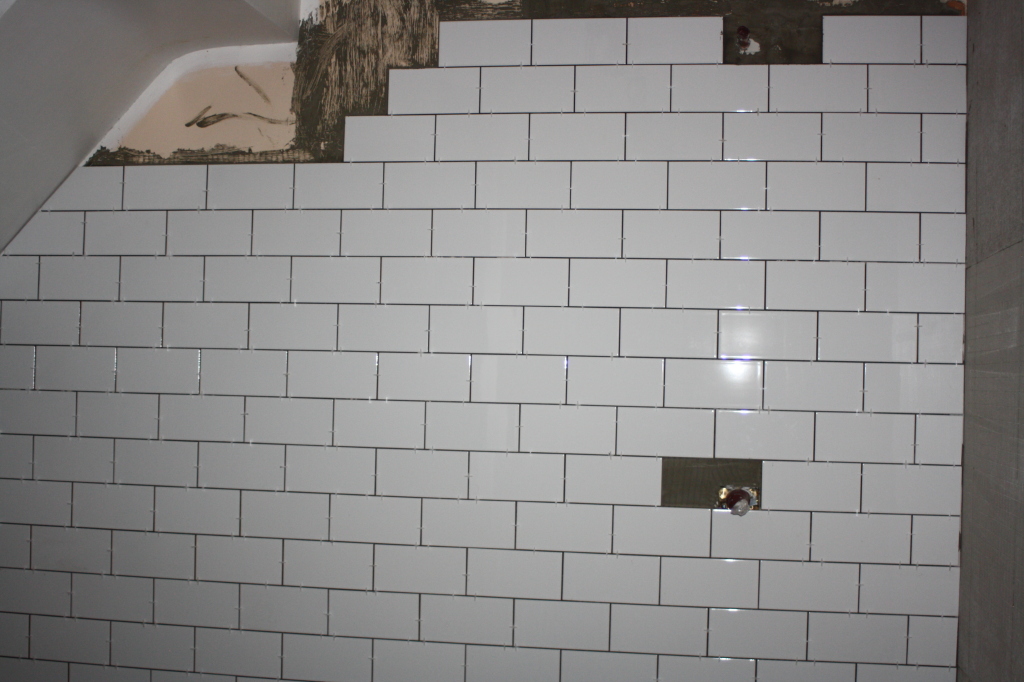 The shower looks amazing, but it’s not as powerful as you would imagine – that’s not the fault of the bathroom fitter or the shower, but of the water pressure in the house. But with that many holes in the shower head, it’s good enough.

After seven weeks, it was such a pleasure to use it – and it’s at least a million times better than the shower of Satan. 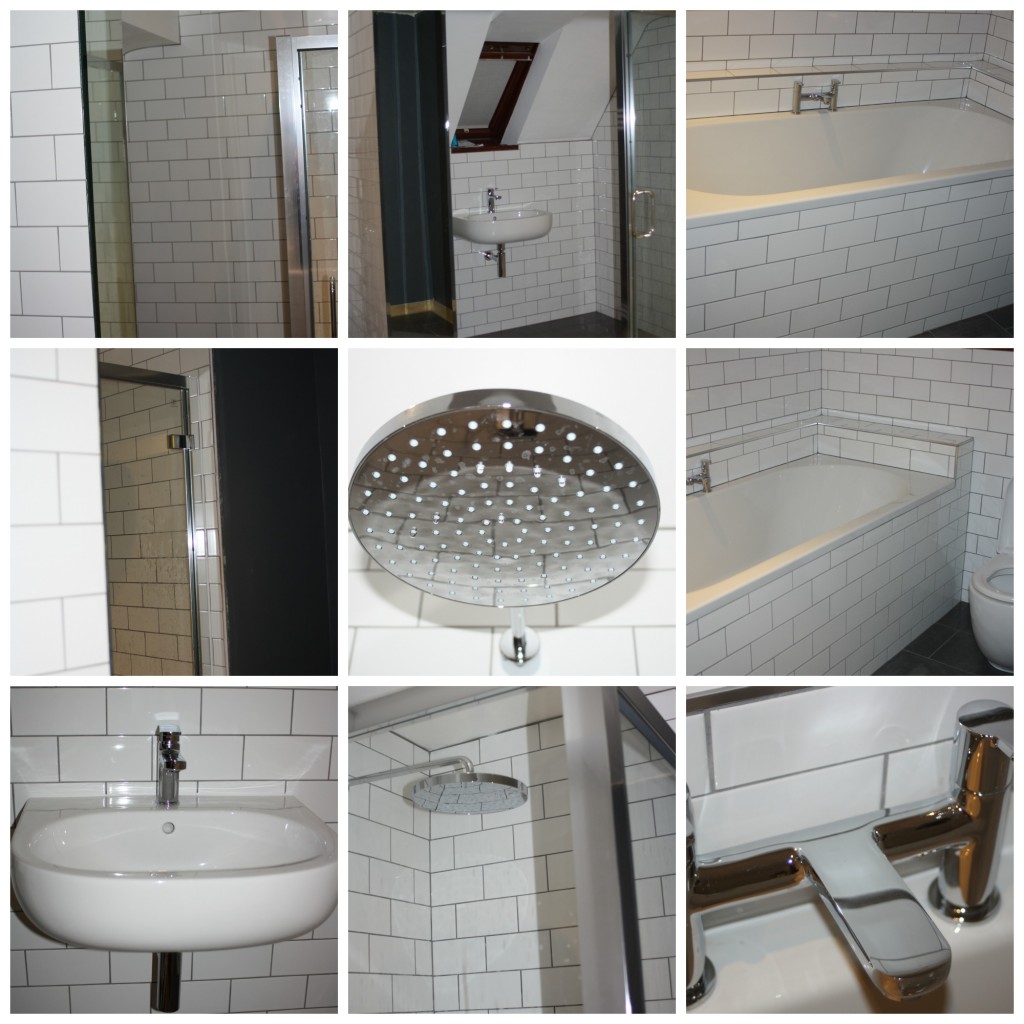