For once, I realise I haven’t got a particular achievement to focus on for Loud ‘n’ Proud. So I’ve decided to share a round-up of some of my kids’ successes from recent weeks – some I’ve shared already and a couple of new ones.

I’m so proud of how well my eldest got on with his French exchange. He’s very resilient and likes adventure and trying new things, but he did better than I ever could have hoped. He came home so happy and so full of stories. He obviously had the time of his life.

He’s proud of the progress he’s made in speaking French and is now much more interested in French as a subject (good timing as he starts his GCSE courses in September). He never shows much interest or motivation in school work, so this is a big bonus! His French exchange partner will be coming to stay with us in a couple of weeks and he can’t wait!

My younger son, like all children in year 6, did his SATs a few weeks ago. He’s highly intelligent, yet the SATs stressed him out. There were actually tears on the first morning. The whole of year 6 has been working towards SATs and he was feeling the pressure. He’s not the kind of kid that thinks ‘I’m clever, so I don’t need to try’, he’s the kind of kid who thinks ‘I’m clever, so I need to push myself really hard to get the best possible grade’.

He sat a lot of exams as he did Maths, Reading, Writing and SPAG (spelling, punctuation and grammar) at both Level 3-5 and Level 6. Some of the subjects have more than one paper at each level. He’s expected to come out with Level 6 across the board – the level expected at the the end of year 9. Year 6s are expected to get Level 4, with around the top 25% getting Level 5. He also hopes to get 100% in his Maths Level 3-5 paper. His teacher thinks he could be the first kid at the school to do it in seven years.

After the first morning, he realised he could cope fine with the SATs and felt much more relaxed. He knew he could do them, just like he could do the practise papers, and just focused on doing his best. He said it was actually quite underwhelming!

I’m very proud of him for his determination and motivation, and also for conquering his stress.

Over the last couple of weeks, I’ve been very proud of how my younger son has adjusted to wearing contact lenses. The optician says many adults take weeks to get the hang of putting them in and out, but it took my son just a couple of practises. He’s also doing really well with all the cleaning and care of his lenses.

Last, but not least, my daughter…

A couple of weeks ago, she swam in a swimming gala against other schools. It was a real honour for her to be picked for the team, as the gala is for year 5s and 6s. She was one of only two year 4s to be chosen (my boys were never picked for the school swimming gala).

This is no big success story. As with all sporting events, the school did pretty badly. The best they did was two girls coming third in their heats (there were three heats, then the top six went through to a final). My daughter swam in the relay and the team came fifth out of six in their heat. They were far from the fastest, but my daughter’s technique was flawless. My husband said she swam beautifully (he doesn’t often see her swim) and my friend said she was gliding through the water – which is completely true!

I’m very proud of her getting picked for the team at such a young age and for swimming with such fantastic technique.

I’m also proud of my daughter for taking part in her first Parkrun. Running three miles isn’t easy, especially in heat, but she did it! I’m really hoping she will do it again. 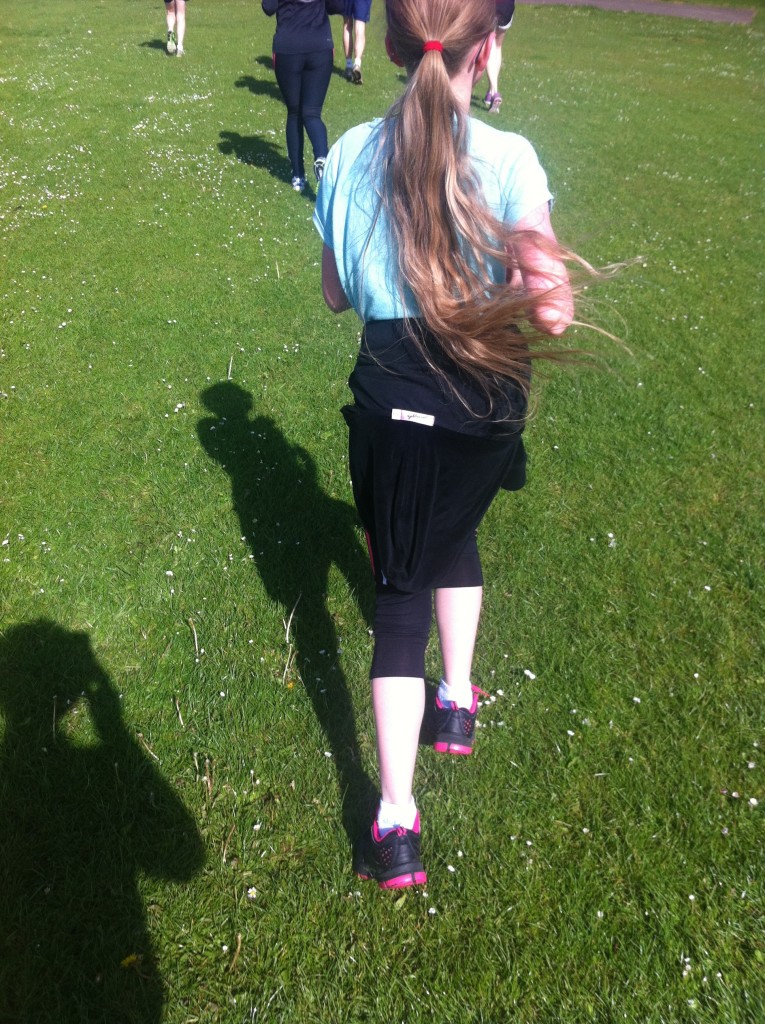 If you, your children or your partner have done anything to make you Loud ‘n’ Proud this week, however big or small, please link up your posts below. Next week, Loud ‘n’ Proud will be hosted by Mama Owl.