Return from the French exchange

My son’s bus arrived back at school just before midnight, a week after he’d set off for his French exchange. I hadn’t been worried for him, but I’d spent a lot of time wondering what he was doing. I know he’s very resilient, but I really wanted him to have a good time.

I imagined he’d be tired, with it being nearly midnight and his body an hour ahead, but he was full of tales and chatter. He’d had just the kind of unprecedented freedom I remembered having when I was there (in my day, we went to a bar every day – three English girls and an English boy, with three French boys and a French girl).

Every day after school they’d gone straight to the park. On the last night they’d stayed there until 10.45pm! The boy lives close to the school and my son suspects his mum couldn’t drive. The dad who was a doctor who was going to save my son’s life if he’d reacted to peanuts? He saw him twice.

We laughed when we saw the information sheet about the boy’s family. Four siblings! If that wasn’t out of the frying pan into the fire, we didn’t know what was. My son would be grateful for the peace of only two siblings when he got home. But it turns out he’d only written four siblings on the form because there wasn’t room for 10 names. TEN. The boy has TEN siblings. He is the fourth of 11 children. My son didn’t even know some of the siblings’ names. He suspected there was one, maybe even two sets of twins, but he didn’t know.

Apparently the house was ‘massive’ and the family ‘loaded’. They had a sheep in the garden and a nanny to help the mum out with the many kids.

He’d managed fine with the food, which was more adventurous than he was used to. It turns out the reason the boy and his family are pescetarian is that they are Muslims. No doubt they specifically wanted to be matched with a vegetarian child, so that was a win for my son.

He told us about the girls crying when they had to go home, about his friend being sick on the boat. He moaned at having to spend €10 on an adapter so he could charge his phone. How did we forget that?

He talked more in that hour than he would normally talk in a week. It was lovely to see and hear the enthusiasm in his voice.

He opened his suitcase in the middle of the floor. It was like a bomb had gone off in there. It was every bit as disorganised as his rucksack after Scout camp.

Among the tangled clothes, he found presents, which the family had given to him for us. Tradition dictates that you take a present when you visit, but they’d sent him home with presents too – a box of biscuits and some ornaments. They’d also given him a big bag of cakes for the journey. His emergency rations of Coco Pop bars and Hula Hoops was, remarkably, still intact.

My son had the best experience, and I’m so pleased for him. Now I’m really looking forward to welcoming the French boy to our house.

And the three EpiPens? All unused. 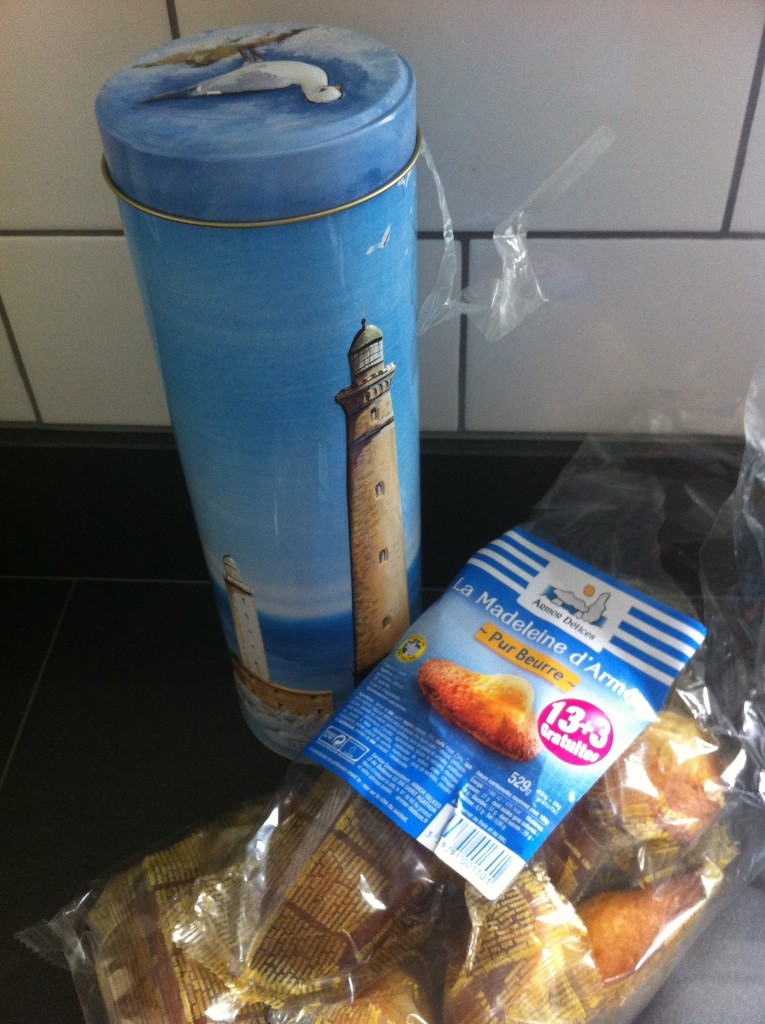