Surprisingly for boys who get on well and who are close in age, my two sons dress quite differently. Neither of them are particularly fashion conscious or overly bothered about what they wear, but they do both know what they like. Or maybe it’s because they’re close in age that they choose to look different – my younger son will usually reject any hand-me-downs from his brother on principle (although to be fair, most clothes don’t actually survive to be handed down).

My eldest always wears chinos, never jeans, and prefers hoodies without zips. These days, he mainly wears the family ‘uniform’ of Superdry (it’s not just me who wears Superdry, my husband wears it too).

My younger son wears jeans, never chinos, and prefers hoodies with zips. I buy him whatever is half price in the Next sale – blue, green or grey. But never red. His brother likes red.

Last year, my younger son was delighted to get his very first Superdry Tshirt for his 11th birthday. Strangely, it wasn’t from us. He was so pleased with it, that we got him a Superdry hoodie (zip-up, of course) for Christmas. It was navy, with yellow lettering (yellow was always his favourite colour when he was younger and it was nice to have a reminder of those days). He absolutely loved his hoodie and wore it immediately. He’s hardly stopped since.

My younger son feels the cold badly, especially after a football or rugby match, so I got him some dark grey joggers to put on after sport in the Next sale. He loved those joggers.

Apparently they were too good to put on after football and rugby, when he was cold and muddy. Apparently, they were so good, they needed to be worn ALL THE TIME.

So that’s his uniform, and has been for the past four months. Every single day, my son wears those grey joggers and that Superdry hoodie. We cannot get him out of them. He won’t wear jeans or a different hoodie. He won’t change into a shirt or jeans for a special occasion. He just wears his uniform. Day in, day out. 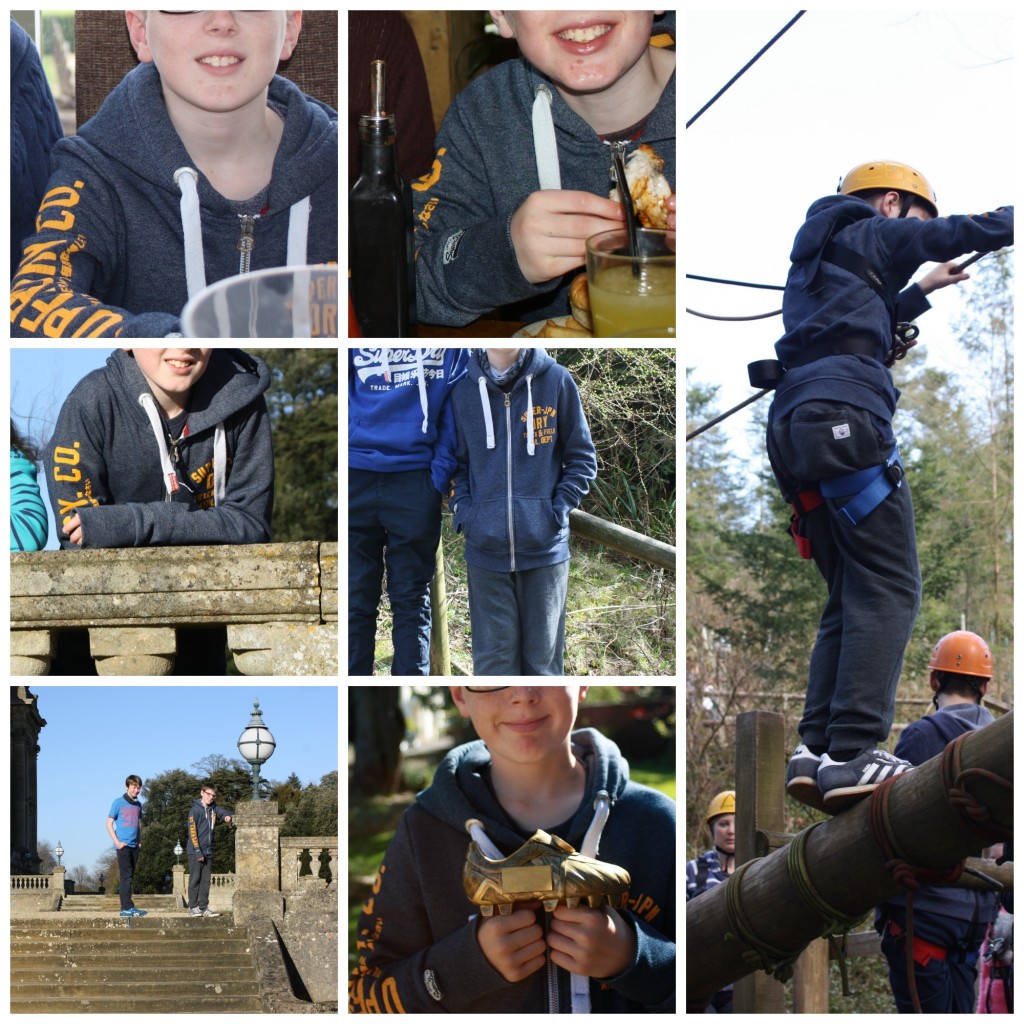 My husband moans about him looking scruffy. But, do you know what? I don’t really care. I love my boy just the way he is. If he’s happy dressed like that, then I’m happy to see him dressed like that. He’s got the rest of his life to worry about his appearance.