So my son has gone away on his French exchange. He’s not overly keen on French, so I was surprised (but pleased) when he said he wanted to go. Over the last couple of weeks he’s got really excited about it. And no wonder! What an opportunity – to go away with your friends, to another country, to make new friends and stay with a French family.

My son goes to the same secondary school I went to. Remarkably, they are still doing exchanges with the same school I exchanged with nearly 30 years ago. For me, the French exchange was a real key part of being a teenager and growing up. Independence and freedom, yet in a safe environment. What more could a teenager want?

I’m very impressed with the matching process. My son’s exchange partner is a pescetarian (eats fish, but not meat). They must be VERY rare in France. My son is a vegetarian. The boy’s dad is an A&E doctor. I suspect they’ve done this because my son has a peanut allergy. We’ve been lucky that nothing bad has ever happened to him, but we don’t know if ‘next time’ might be bad. Being in a foreign country with a different language and different foods increases the likelihood.

My son has been in touch with the French boy through Facebook. How very modern. It was a letter in the post with a photo of yourself in the envelope in my day.

He surprised me by doing his own packing. Days in advance. I never thought that would happen, ever.

Even the journey was exciting. They set off late in the afternoon, with a scheduled stop at McDonalds for tea, then they were sailing overnight. The kids got to share a cabin with their friends. Can you imagine how exciting that would have been when you were 13?

He told me he wouldn’t ring or text while he was away. But he rang me at 8pm, less than four hours after he’d set off, to tell me he was at the ferry terminal!

The house is peaceful without him. I can really feel that he’s not here, even though he spends a lot of time in his room. His brother and sister seem happier without him, as he winds them up a lot, but no doubt they’ll be missing him later in the week. I’ll miss him too, but I know how much he enjoys new experiences and how resilient he is.

I know he’ll be having an amazing time, which is all I want for him. 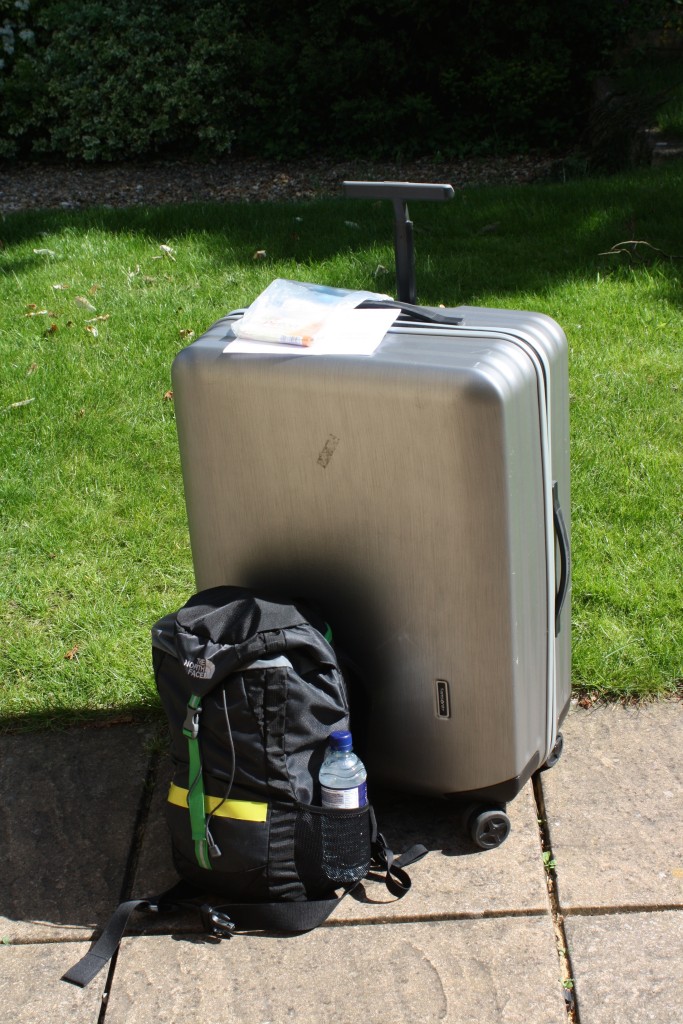