Ever since my eldest first climbed Snowdon a couple of years ago, there’s been an itch he’s needed to scratch. He’s wanted to go one better. He’s wanted to do the Three Peaks.

The Three Peaks is a really big flipping deal for anyone, especially for a 13 year old boy. To do it ‘properly’ you’re supposed to do all three, plus all the driving in between, in the space of 24 hours. Now that is A LOT for a 13 year old boy and his dad to do. They’re both reasonably fit, but I wouldn’t describe them as being super-fit by any stretch of the imagination. So we agreed they’d do it over two days, along with my husband’s friend, who is very handy to have on a mountain as he’s done a lot of climbing and really knows his stuff.

A date went on the calendar. It was AGES away.

At the start of the year, my son started to get fit for his challenge. He went running – and I was very impressed that he ran three miles without stopping or walking on his very first run. He did weights in his bedroom.

The Three Peaks was some mythical thing that was happening some time in the future.

And then I looked at the calendar and realised it wasn’t ages away. It was really flipping soon.

And I had a son and husband who weren’t overly fit, who were going to drive a really long way and climb three mountains in the space of two days.

We live in Gloucestershire. It’s four hours to Snowdon, which is the nearest of the Three Peaks. And as for Ben Nevis? That is a really, really long way away. The logistics of fitting it all into a weekend, even a Bank Holiday weekend (with Bank Holiday traffic, oh joy!) was stressing me out. I knew I would worry the whole time they were away.

So, thank goodness for the voice of reason. My husband’s friend, the one who gets climbing and knows what he is talking about, has persuaded them to give Ben Nevis a miss. Ben Nevis is tough. You start right at sea level (whereas Snowdon is 1,085 metres, but actually you’re not starting at sea level). Nobody needs to be doing that when they’re already exhausted from climbing two mountains, plus a mammoth drive, plus facing a huge drive back.

So, this time at least, the Three Peaks has become the Two Peaks, and I feel a lot happier. With only two mountains to tackle, I’m less concerned about their fitness (after all, my son did actually climb Snowdon on two consecutive days last year) and I’m very happy they don’t have the drive from Scotland.

The itch may not have completely been scratched, my son’s wish isn’t going to come true just yet, in fact he’s really cross about it. But I think the Two Peaks is the right decision. 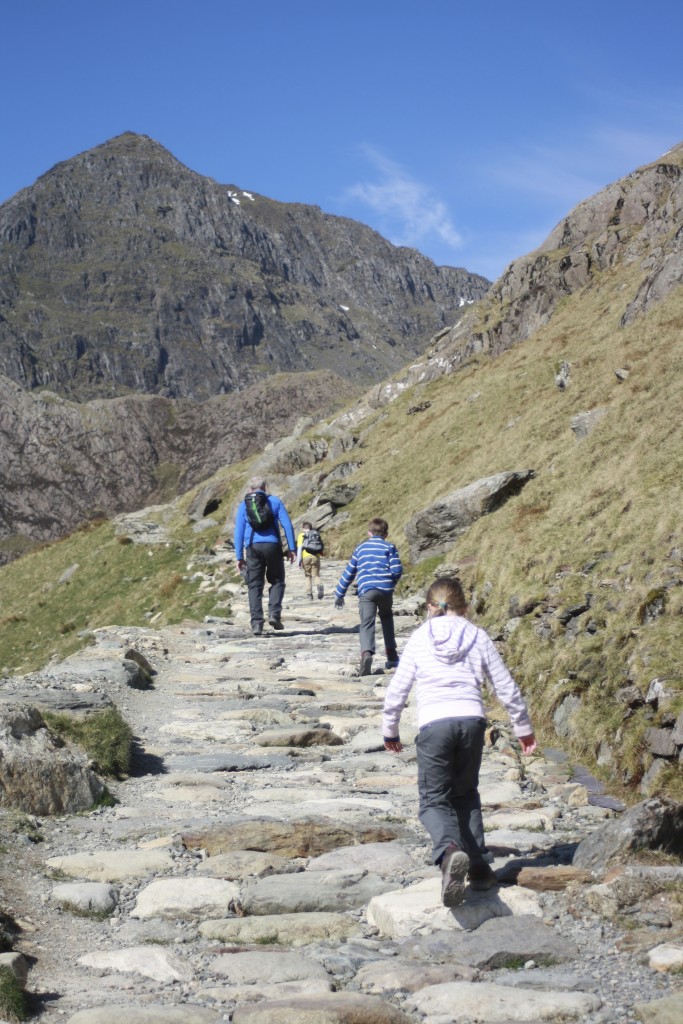