When I went to work in an office (I left over a year ago – that’s hard to believe!), my life was predictable. I went to work from Monday to Wednesday, then on Thursdays and Fridays I was free to do what I wanted. In reality, that meant I was free to do housework and run errands. Not exactly relaxing, but it kept the house ticking over and running relatively smoothly.

When I first went freelance, I knew I would have to work every day, but the work naturally fell into a pattern of me being busier at the start of the week, with more of that housework time left at the end of the week. But, as I hoped would happen, I’ve got busier with work, and paid work will always take priority over housework. Which means housework either doesn’t get done often enough or I will be stomping and moaning around the house on a Saturday morning, cleaning the bathrooms and muttering (not exactly under my breath) about how I hate cleaning and I shouldn’t have to clean on a Saturday.

All I’ve ever wanted is a cleaner. Seriously, I HATE cleaning. Hate it.

But I won’t live in dirt and mess either, so generally the cleaning gets done to a certain extent. I’m nervous about making the leap and getting a cleaner. My income isn’t guaranted. I still get a few days, even the odd week, when I don’t have much work and couldn’t really justify paying someone to clean my house. Plus, while the kitchen is being done, it’s not really practical to have a cleaner anyway.

But the solution wasn’t far away. In fact, he was sat on his bed watching a film.

My son likes one thing more than films. It’s money. He needs money to fund his endless DVD habit. He also needs spending money for his forthcoming trips to France and Holland. But he doesn’t have any, what with spending it all on DVDs.

So I’m paying him to do the hoovering. And he’s being very good about it. He gets on with it without complaining and does a passable job. He’s learning some important skills as he hoovers – about looking after himself and a house, about taking responsibility and pulling his weight and about the value of money (and that it doesn’t grow on trees).

While he’s getting these valuable lessons, and some cash, the rest of us have a clean house to live in and I’m not risking lots of money on a cleaner. It really is a win-win.

As an added bonus, simply doing the hoovering seems to be energising him. By being more helpful, he seems to want to be even more helpful. One day recently he helped at the Scouts jumble sale, did the hoovering, did the grass cutting (another paid gig  Dad has offered him) and even found time to go for a run.

I’m really pleased to see my son doing his bit for the family and his maturity in doing it without complaining (he didn’t learn that from me!). 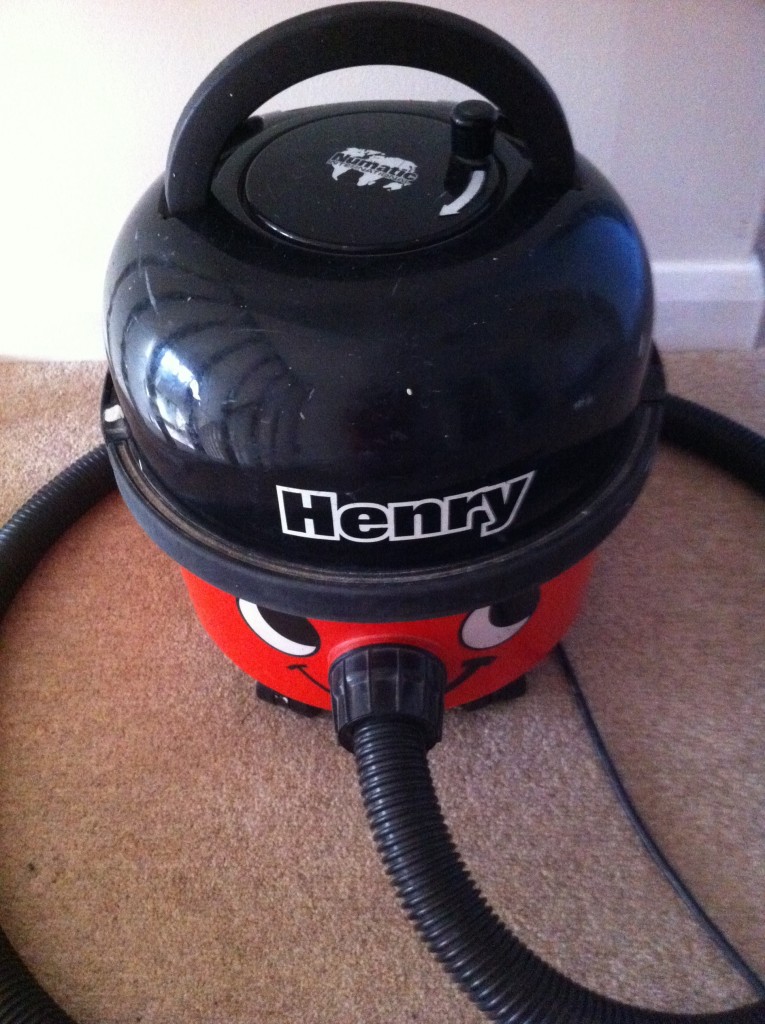