The Rosie Effect by Graeme Simsion

I absolutely loved The Rosie Project when I read it last year. There was something very funny, but also endearing about main character and narrator, Don, and his sincerity. It’s a book that divides opinion, there are those who say it pokes fun at people with Aspergers and autism, but I thought it embraced them – that this person with many quirks could turn out to be such a likeable character.

So I was very excited when The Rosie Effect came out. Don is now married to Rosie and they are living in New York. He is working at the university and she is studying. Then Rosie gets pregnant. Don thinks very deeply about Rosie’s pregnancy, but doesn’t share his thoughts with Rosie (for fear of stressing her out) and it actually starts to become quite a frustrating read.

I must admit, I was a bit disappointed by this book. Maybe because I already know Don’s character, it lacked the surprise element of the first book, but I think it was more Rosie-by-numbers. To me, it felt as if Simsion had found a winning formula with Don and Rosie and had rushed out a sequel which lacked the heart and the humour of the original.

The Rosie Effect was still an enjoyable read, but, to me, not a patch on The Rosie Project. I would be interested to know what others thought of it. 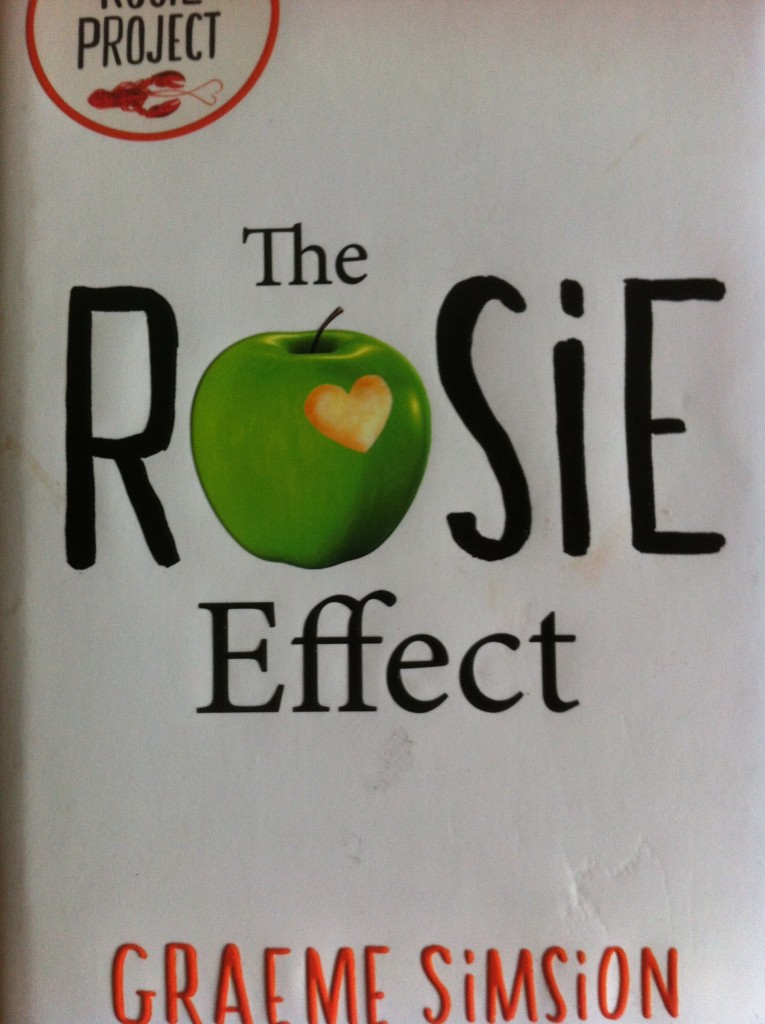