A plan (breaking the cycle of pain)

Home » Family » A plan (breaking the cycle of pain)

It’s coming up for five weeks since my daughter first got a nasty virus and is four weeks to the day since her foot first started hurting. I’ll admit, there were times, usually late at night or first thing in the morning, when I’ve been scared. What if it’s something really serious? What if it never goes away?

As soon as it became clear that it wasn’t going to miraculously clear up overnight, all I’ve wanted to know is:

My daughter is a very active and physically able little girl. She is a brilliant dancer, a fast runner and can walk for miles. Having to be picked up and carried (thank goodness she’s light!) after just five minutes of walking with a crutch is not what she’s all about.

We’ve been passed from pillar to post a bit as they try to find out what’s wrong with her. At first, the focus seemed to be on the coldness and it was thought to be a nerve or circulation problem, although that didn’t really fit in with the fact that her foot was normal colour and she had a pulse. There was going to be a scan and a referral to the vascular team. I chased the scan and the referral to the vascular team, but they didn’t happen.

Then the focus was on the pain itself. She saw an orthopaedic doctor, who couldn’t find a lot wrong, but said he would refer us to his boss. To their credit, we saw the orthopaedic consultant on the Monday immediately following her Friday appointment. I had to take her out of school early (again!) and we waited and waited and waited, watching people come into the waiting room on their crutches, be seen by a doctor and leave again all within a few minutes. We were an hour and a half late, only to be told by the consultant that there was no orthopaedic problem and she didn’t need an MRI scan (thank goodness, even the words terrified her). I was pleased that we’d ticked something else off the list, but felt other angles had been forgotten.

I managed to speak to the consultant paediatrician a couple of days later, who had come up with a plan. She still doesn’t know what’s wrong, we may never know what’s wrong, but the important thing is to deal with the pain and make it better. Quick. (Yes! We are singing from the same song sheet!)

We now have a small window of opportunity to get my daughter right before her pain becomes chronic pain and harder to shift. After about six or eight weeks, pain becomes chronic and she would be likely to become more dependent on her crutch and less able to break the cycle and get back to normal. We need to make sure she doesn’t damage anything else while compensating and working round the pain.

The plan is simple – physio and painkillers. We kept her on ibuprofen for several days after her virus had cleared, but it didn’t seem to touch the foot, so we’re going right back to basics. She’s on good old, simple Calpol four times a day for the foreseeable future, along with another painkiller, which is similar to, but slightly stronger than ibuprofen. With the painkillers and the physio, she should be able to break the cycle of pain and get back to the happy, active little dancer we know and love.

Keep your fingers crossed it works for her!

I wrote this at the end of last week. On Friday 13th March, four weeks to the day since she first got ill on Friday 13th February, my daughter’s foot didn’t hurt any more. She’d taken a few doses of Calpol, but hadn’t started her physio or the new painkiller. I don’t know if it was down to the Calpol or whether the pain had simply run its course, but I’m very happy that she finally appears to be better. 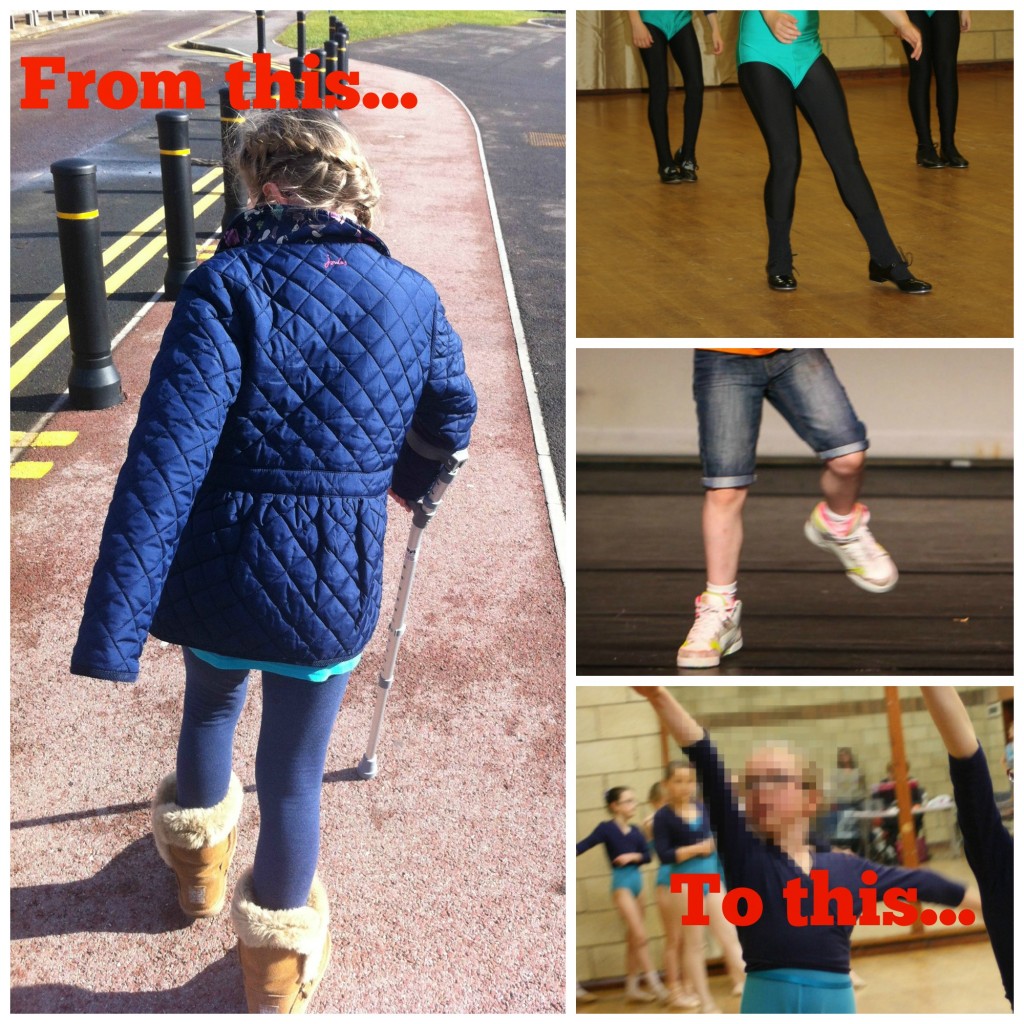