Every year our primary school takes a week off the curriculum, suspends all lessons and does something different for the week. Something special. The kids learn new skills, they have fun, they work with different teachers and with children of all ages. They’ve done an athletics week and an art week. Last year, they did the truly spectacular Lion King week.

This year, it was circus skills. They didn’t do acrobatics or trapeze, but they learned juggling and diabolo and some clowning skills. During the week, they found time to make pizzas, paint each others’ faces and do some circus-related crafts. Every day, they did three different activities. The ‘parade dance’ my son performed rather energetically around the school made his legs ache all week!

At the end of the week, they showed what they’d learned to the parents. It might have lacked the ‘wow factor’ of the huge Lion King show, but the enthusiasm and exuberance of the kids as they performed their new skills was infectious. Whether they were riding a tiny bike wearing a clown’s wig, juggling with scarves or balancing a peacock feather, they couldn’t stop smiling. Whether they threw their diabolos up to the ceiling and caught them or if they threw them up to the ceiling and missed, their smiles were just as big. And the parents all cheered and applauded the good stuff and the failures. It was a lovely atmosphere. 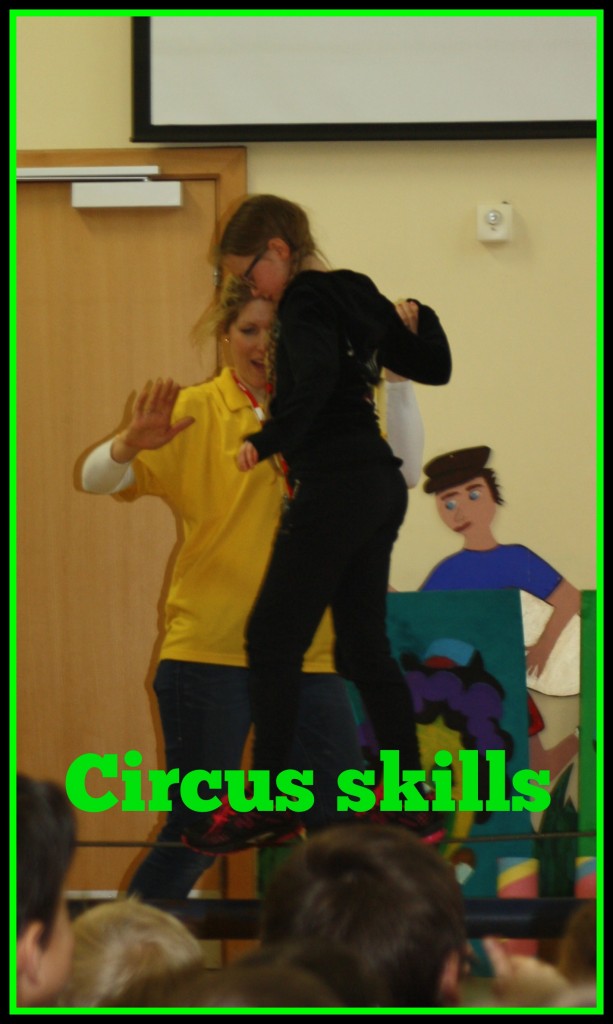 My son opted for the diabolo. He was pretty good at it, although he hides his light under a bushel and I was disappointed that he went to the back of the group. He got the first cheer from the audience for throwing his diabolo high and catching, which made me very proud. He then went on to do some fancy moves, similar to people do with yo-yos – like rocking the baby or something. I could see how skilled they were, but the cheers were all reserved for the kids who through their diabolos up to the ceiling.

It was lovely, entertaining afternoon, and the kids had a really enjoyable week learning their circus skills.