When I saw the theme on this week’s Gallery was ‘babies’, what else could I share but pictures of my own three babies? They’re still my babies now, of course, but I’ve chosen to share pictures of them when they were absolutely brand new! And I thought I might as well throw in some bumps too.

All of my babies were born naturally, after straightforward pregnancies. The only intervention I had was having my waters broken with my eldest. The only pain relief I had with any of them was TENS and gas and air.

My eldest was born three days early in June 2001, weighing 7lbs 10z. You can read his birth story here.

The pregnant photo was taken a few days earlier, at 39 weeks. 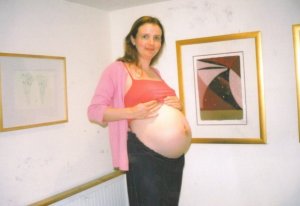 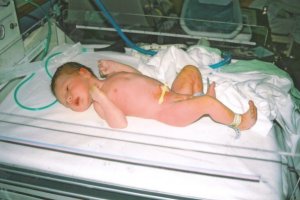 My younger son was born four days late in October 2003, weighing 9lbs 3oz. You can read his birth story here.

The pregnant photo was taken on his due date. 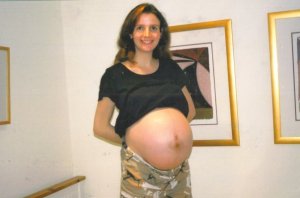 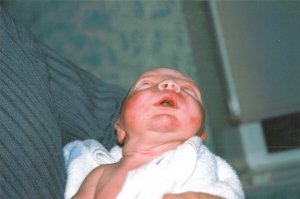 My daughter was born on her due date in March 2006, weighing precisely 8lbs. You can read her birth story here.

The pregnant photo was taken the day before, when I realised that if I waited until her due date I probably wouldn’t get the photo! 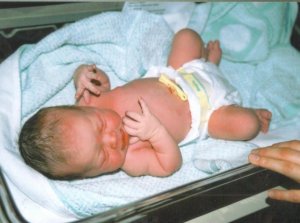 This post was written in response to a prompt on The Gallery at Sticky Fingers. Pop over to see how others have interpreted the theme ‘babies’.